MYRTLE BEACH, S.C. — The colorful boardwalk is a bit less crowded than usual this year, but the Ferris wheel continues to spin near one of the piers, tourists are browsing in the souvenir shops, and throngs of young people are cutting loose as they always do, guzzling and carousing in the beachside bars and clubs that earned the city the nickname “dirty Myrtle.”

Some of the revelers who have flocked to Myrtle Beach since hotels and attractions began reopening in May, though, are going home with more than just the usual sunburns, hangovers and sand in their suitcases. They are bringing back the coronavirus.

Dozens of people who came to Myrtle Beach from West Virginia tested positive for the coronavirus after they returned home. Three separate clusters of COVID-19 cases in Kentucky and at least one in Ohio have been linked to returning visitors. Public health officials across Virginia have reported similar cases. More than 20 student athletes in South Carolina contracted the virus on a trip to the coast. And those are just some of the clusters that have popped up.

Officials in other states are starting to warn people to stay away from Myrtle Beach, and United Airlines has stopped flying there for the summer. “If I were you, I would consider going somewhere else,” Gov. Jim Justice of West Virginia said last week at a news conference.

That kind of message is tough to hear in a city that depends heavily on summer tourism, hospitality, relaxation and fun.

“It isn’t Myrtle Beach’s fault,” said Rusty Trull, 64, a cashier at the Gay Dolphin Gift Cove. “You’ve got these people coming on weekends, kind of messing everything up.”

Gregg Smith, a City Council member, said the trouble was that young visitors were clearly not taking enough precautions to ensure their own safety. “Young people feel invincible,” he said.

Most visitors on the boardwalk this week wore sandals or flip-flops, but very few were wearing masks, even while brushing shoulders with other tourists. Sidewalks on the city’s main drag were often too crowded for social distancing, as people ambled by with drinks in hand beneath a canopy of neon signs and palm trees.

Mayor Brenda Bethune suggested in an interview that for all anyone knew, visitors could be bringing the virus to Myrtle Beach, not the other way around. She complained that news accounts had unfairly tarred the city with all of the cases in surrounding Horry County. And she bridled at the warnings from Justice and others.

“I would never go on TV and blame our problems on someone else,” she said.

South Carolina emerged relatively unscathed from the first few months of the pandemic, but reports of new cases began climbing rapidly in June, as they did in many parts of the South and the West. In Horry County, the figures have nearly quadrupled, according to the South Carolina Department of Health and Environmental Control.

And the average age of people testing positive in the state is down to 40.6 years, from 51.4 for March through May — reflecting the growing proportion of young people contracting the virus after states began to reopen.

People who visited Myrtle Beach in the spring generally lived nearby, but summer visitors are coming from much farther away, according to Zhenlong Li, a professor at the University of South Carolina who used publicly available geolocation data from Twitter to analyze travel patterns. Li speculated that people drawn to the reopened vacation spot from distant states may have misjudged the risks of visiting. 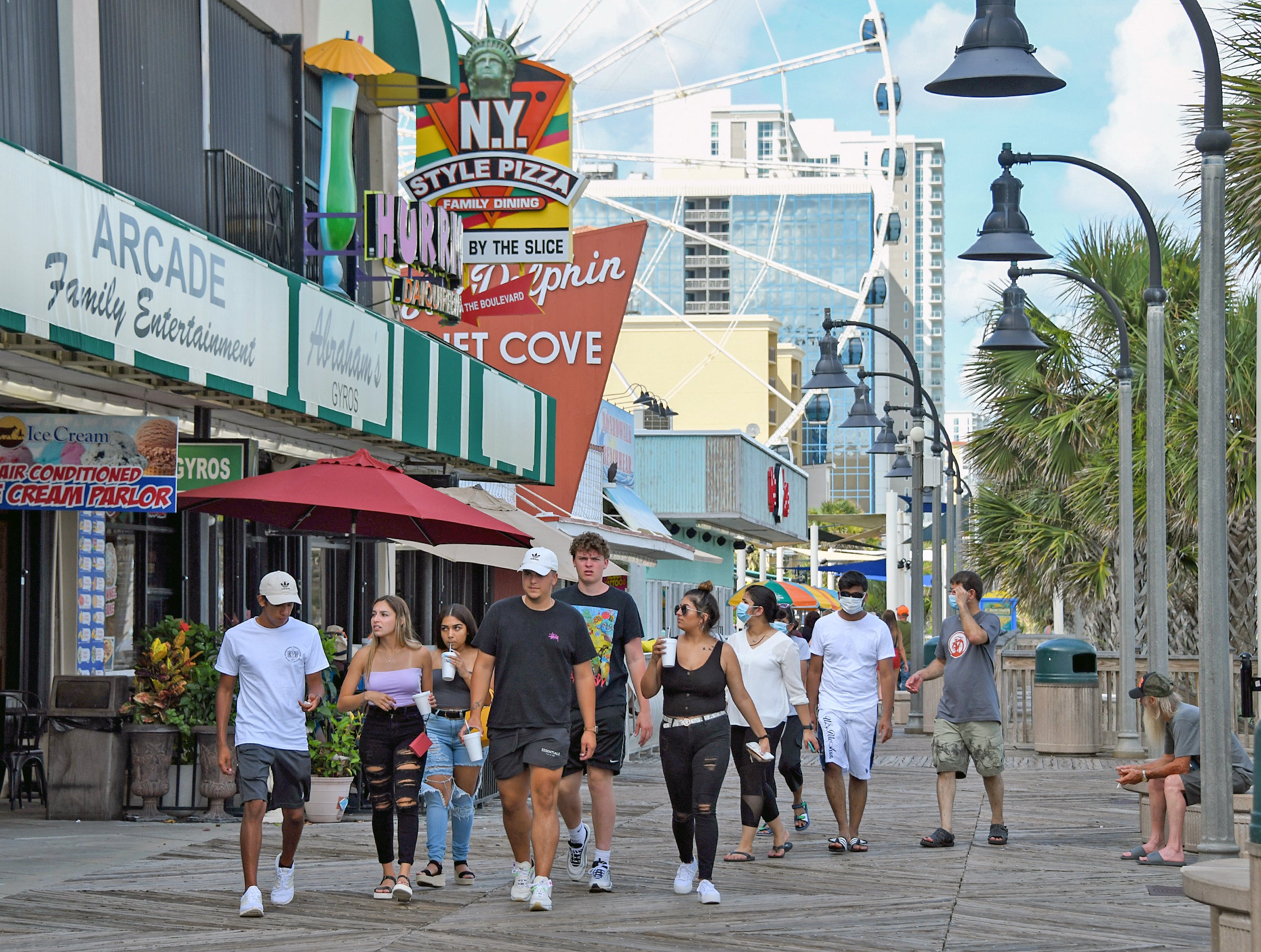 The boardwalk in Myrtle Beach has long been popular with young visitors.

Around 400 teenagers from Loudoun County, Virginia, trekked in June to the Grand Strand, as this stretch of the South Carolina coast is known, to experience the region’s reputation for teenage debauchery. Some stayed in the city’s northern neighbor, North Myrtle Beach. More than 40 of them packed into a house to hold parties for the group. For some, it would be a long-awaited graduation celebration after a senior year truncated by the pandemic.

More than 100 of the Loudoun County teenagers have since tested positive, and public health officials think the number will keep rising.

Belmont County, Ohio, had relatively few coronavirus cases until 22 teenagers and one chaperone came home from Myrtle Beach infected. Robert Sproul, the county deputy health commissioner, said that his office had found many photos from the trip posted on social media, showing the teenagers paying little heed to precautions.

Sproul said his office had recently received word that another local child had apparently caught the virus at a baseball tournament in Myrtle Beach. That meant his staff members had to begin tracing that child’s contacts to see who else might be infected.

People on the Myrtle Beach boardwalk and at the beach this week said they were not thinking very much about the pandemic.

Tate Trogdon, 20, who was visiting from North Carolina with a high school friend, had spent most of his trip swimming at the beach. Neither of them knew anyone who had contracted the virus, he said, so the threat seemed virtually nonexistent.

Sipping a Sprite, Derick Coleman, a 34-year-old graphic designer, said he really could not be bothered by the virus on his vacation.

When Nicole Feijoo, 18, took a late-afternoon stroll on the boardwalk with five friends, none were wearing masks.

“I’ve never really cared about sickness,” said Feijoo, a criminal justice student at Mitchell Community College in Statesville, North Carolina. Some of her friends occasionally wore masks to protect themselves, she said, but “I’d rather be able to still breathe — if I catch something, I catch something.” 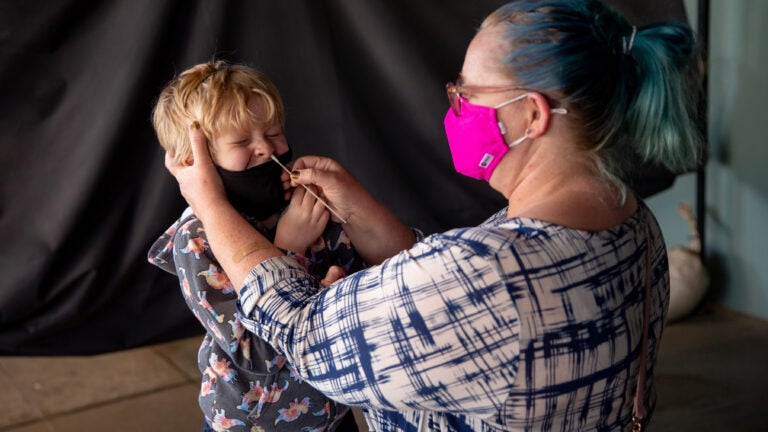