Dr. Ashish Jha, the director of the Harvard Global Health Institute, says there’s “a lot to like” about the place Massachusetts has reached in the wake of the COVID-19 pandemic — especially compared to where the state was several months ago.

Jha praised the “data-driven” approach of Gov. Charlie Baker’s administration, which he credits for significantly reducing the number of coronavirus cases in what was initially one of the states hit hardest by the outbreak.

“Massachusetts is just objectively in much better shape,” he said during a conference call with reporters Monday.

But as Massachusetts enters Phase 3 of Baker’s reopening plan, Jha does have some worries.

“I worry not because there’s a ton of evidence that things are going in the wrong direction, but basically because I want desperately for schools to be open this fall,” he said.

Phase 3 allows for the reopening of gyms, theaters, and museums, among other activities — in addition to indoor dining, which resumed during Phase 2 — where people are likely to congregate inside, and thus more likely to spread COVID-19.

According to Jha, the “single biggest determinant” of whether schools will be able to resume in-person classes this fall will be prevalence of COVID-19. And last week, the number of daily confirmed coronavirus cases increased in 40 of 50 states — forcing many to implement face covering mandates for the first time and even reverse course in their reopening plans.

Even some places where COVID-19 cases have declined, like New York City and New Jersey, have delayed plans to let indoor dining resume, amid concerns about outbreaks elsewhere. Connecticut indefinitely delayed its own Phase 3 on Monday.

“Emerging from the July 4th weekend, we are looking at some very difficult days and weeks ahead,” Jha said of the national situation.

Even though Massachusetts was one of the slowest states to lift its shutdown orders, Jha says he increasingly feels leaders may be forced to make “a choice between opening bars and restaurants on one hand versus opening schools on another.”

“To me, it’s a no-brainer in terms of what is of better societal value,” he said. “But I worry a little bit about what’s going to happen in Massachusetts.”

Jha said Massachusetts has “gotten better on testing,” but is still short of what he wants it to be.

According to an analysis released last week by the Harvard Global Health Institute, the state administered an average of nearly 9,000 tests per day from June 23 to 29. That’s over 1,500 tests more than the “mitigation levels that experts estimate is needed to keep the current outbreak from growing in Massachusetts. However, it was barely a third of the “suppression” levels of testing that experts say would be required to keep new infections low enough to safely move forward with public life again.

According to the analysis, only a few small states with limited outbreaks — Alaska, Hawaii, Montana and Vermont — have achieved suppression levels of testing, while West Virginia and New Jersey are close to their targets.

Jha said his same worries hold true for other New England states, like Rhode Island and New Hampshire, which have cautiously forged ahead with their reopening plans. Whether or not cases continue to trend downward, he said their decisions need to continue to be driven by the public health data.

“If we start seeing things headed in the wrong direction, I’d like the governors and the leadership of these states to stop and reverse course, because I really want schools to open this fall,” he said.

In Massachusetts, bars — defined as establishments that do not provide seated food service — have been pushed back to Phase 4 of the state’s reopening, amid evidence that they have been linked to outbreaks in other states. Jha suggested more aggressive action might be needed if numbers tick back up.

“If we start seeing any increase at all, we should track down what’s driving it. To the extent that it is any kind of restaurants, bars, [or] any sort of indoor gatherings, we’re going to have to make some difficult choices as a state.”

At the national level, Jha suggested that President Donald Trump’s administration could do more to embrace that data-driven approach, particularly given the “confusion” caused by the president’s remarks downplaying the recent record-breaking surge in new cases.

“If we could let science and evidence really drive our decision making, it would help bring the virus under control, it would save lives, it would help open up our economy,” he said.

Jha said the federal government has the tools and resources to address the current “perilous moment.” But he said more urgency was needed.

“Nothing that has happened in the last week makes me think we have made the kind of changes we need to bend this curve,” Jha said. 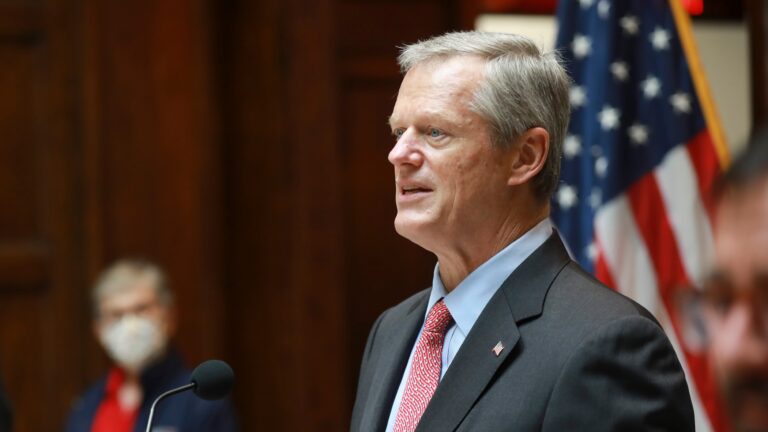 Phase 3 of the Massachusetts reopening plan will begin Monday. Here’s what that means.