One of Massachusetts’ leading medical experts says that if President Trump gets his wish and schools fully reopen this fall, then they will have to shut back down by mid-October.

Dr. Ashish Jha, the head of the Harvard Global Health Institute and frequent guest on the TV news circuit during the coronavirus pandemic, decried the prospect of fully reopening schools in dual conversations with CNN’s Pamela Brown and Chris Cuomo Wednesday evening.

“If we don’t do the things that the [Centers for Disease Control and Prevention] is asking for and more, the schools will all be shut by Columbus Day, and they will be shut for long periods of time,” Jha said. “That’s what we have to avoid, and we can’t bluff our way through this. We have to let science drive it.”

The president this week rebuked the CDC’s guidelines for schools and vaguely threatened to cut federal aid if schools fail to reopen. He specifically admonished Harvard University’s plan to greatly reduce on-campus presence for the fall semester Tuesday.

The United States continues to shatter daily records in virus cases thanks to an overwhelming resurgence in states like Florida, Texas, Arizona, and California since mid-June. The country hit 3 million total virus cases this week and more than 130,000 have died. Trump pointed out that countries like Germany and Denmark are reopening schools “with no problems,” but the virus has sharply declined throughout much of Europe, including in hard-hit nations like Italy and Spain.

The CDC’s recommendations published in May include reducing in-person education, staggering schedules, wearing cloth masks, spacing desks apart, and closing down shared spaces like dining halls and playgrounds. The director of the CDC said Thursday that the agency will not change its guidelines for schools despite the president’s concerns. Jha called the guidelines “really basic” and suggested that the CDC should go even further in its guidelines.

Massachusetts and New England have been largely spared from the new surge in America so far. Still, as the commonwealth cautiously began its next phase of reopening this week, the Massachusetts Teachers Association said the state should similarly reopen schools in phases this fall. Jha praised the state’s steady reopening plans earlier this week but said he still holds some reservations.

Proponents of fully reopening schools say that children are less likely to spread the virus, but the doctor pointed out that children are still capable of getting sick and that schools need vulnerable teachers and staff to function.

“If you could run schools without adults, just have the kids teach themselves, that’d be great,” Jha said.

Watch both of the doctor’s interviews on CNN below:

.@ashishkjha: Chance some kids can’t go back to school this fall pic.twitter.com/sraFMOVbGP 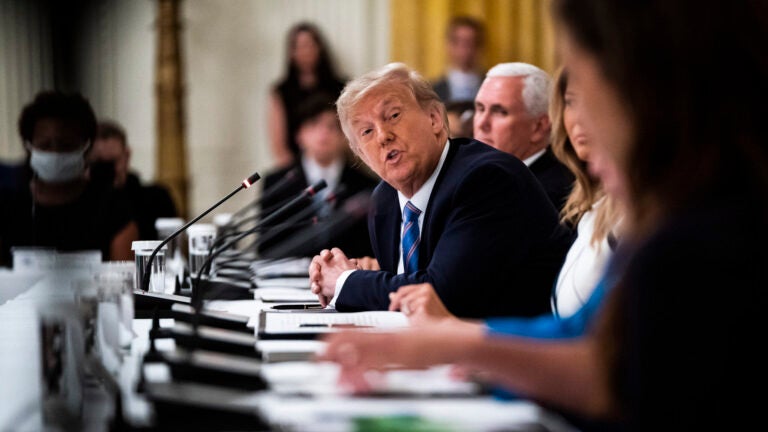 With pressure and threats, Trump pushes to fully reopen schools. Schools say: Not so fast.