Black, Hispanic and Latino pregnant women in Philadelphia are five times as likely as their white counterparts to have been exposed to the coronavirus, according to data collected from nearly 1,300 women between April and June.

The findings, which have not been published in a scientific journal, were based on tests for coronavirus antibodies, which reveal a person’s past exposure to the virus even if it did not cause any symptoms.

The study bolsters other research showing that the coronavirus disproportionately affects Black and Latino people.

Diagnostic testing sites in many cities, including Philadelphia, have been cordoned off by ZIP code, said Carmen Guerra, a health disparities researcher at the University of Pennsylvania who was not involved with the study, but is collaborating with the research team on others. Residents who do not own cars or cannot afford public transportation, she said, must surmount enormous barriers to determining their health status.

Tests that look for coronavirus genes also can’t find people who were previously infected and are now virus free. To fill that gap, several health centers in the area are now offering antibody tests in addition to those for active infections, said Dr. Karen Puopolo, a neonatologist at Pennsylvania Hospital and an author of the study, which was posted to the website medRxiv on Friday. But many people decide not to get antibody tests, painting an incomplete picture of exposure throughout the city.

Keeping tabs on pregnant women, who have continued to seek medical care amid the pandemic, could offer a less biased glimpse into what is going on in the population at large, said Scott Hensley, a virologist at the University of Pennsylvania who also was an author of the study.

Hensley, Puopolo and their colleagues searched for coronavirus antibodies in anonymized blood samples from 1,293 women who gave birth at Pennsylvania Hospital or the Hospital of the University of Pennsylvania between April 4 and June 3.

The researchers found that just over 6% of all the women they tested carried coronavirus antibodies.

But once teased apart by race and ethnicity, the numbers revealed striking differences. About 10% of the study’s Black, Hispanic and Latino participants had been exposed to the coronavirus, compared with 2% of the white women and 1% of the Asian women, the study found.

“When I saw the data, I almost fell out of my chair,” Hensley said. 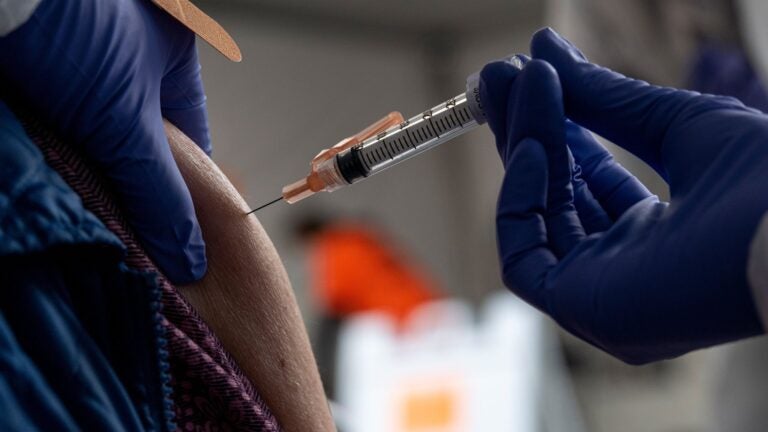