In criticizing U.S. Secretary of Education Betsy DeVos’s demand that all schools reopen this fall amid the coronavirus pandemic, U.S. Rep. Ayanna Pressley said, “you have no plan.”

“Teachers, kids and parents are fearing for their lives,” she wrote on Twitter Sunday afternoon. “You point to a private sector that has put profits over people and claimed the lives of thousands of essential workers. I wouldn’t trust you to care for a house plant let alone my child.”

Pressley’s comments accompanied a retweet of a CNN Politics video of DeVos being interviewed about kids returning to school.

“What we’re saying is that kids need to be back in school and that school leaders across the country need to be making plans to do just that,” DeVos told CNN. “There’s going to be the exception to the rule, but the rule should be that kids go back to school this fall. And where there are little flare ups or hot spots, that can be dealt with on a school-by-school or a case-by-case basis, and there’s ample opportunity to have kids in school.”

.@BetsyDeVosED you have no plan. Teachers, kids and parents are fearing for their lives. You point to a private sector that has put profits over people and claimed the lives of thousands of essential workers. I wouldn’t trust you to care for a house plant let alone my child. https://t.co/Qs0Z7gCnMo

President Donald Trump has recently threatened to cut federal funding to schools if they don’t reopen, and has openly criticized reopening guidelines put forward by the U.S. Centers for Disease Control and Prevention.

“I don’t think a one-size-fits-all policy on any of these issues makes a lot of sense,” Baker said, according to The Boston Globe. The governor also said that while Massachusetts school districts have been urged to bring kids back to school physically this fall, they’ve also been asked to create a hybrid model that would have kids switching off between physical instruction and remote learning, as well as an all-remote learning program.

The Trump Administration’s push to reopen schools comes as Florida sees the single largest daily increase in cases of any state since the beginning of the pandemic, and as there’s an increase in overall deaths nationwide. 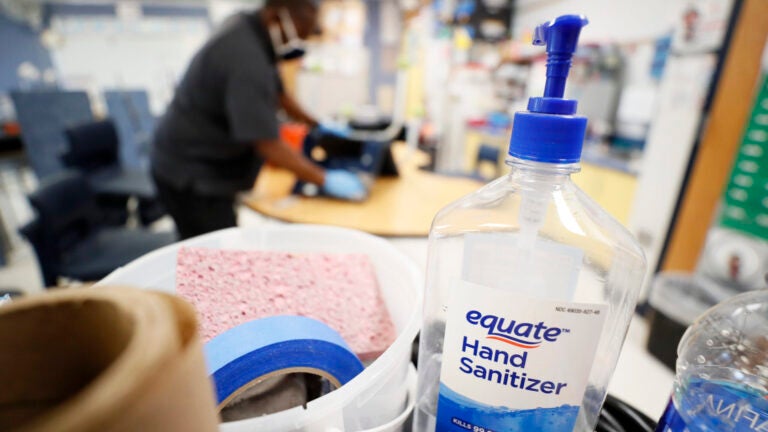