Long lines, delays in receiving results, and a continuing lack of widespread free and accessible coronavirus testing are some of the lingering issues for those in Massachusetts seeking to find out whether they’ve contracted the contagious virus.

Last week, Gov. Charlie Baker announced a “Stop the Spread” initiative to reduce COVID-19’s presence in eight of the state’s hardest-hit communities, where the number of cases and positive test rates have eclipsed the state average.

The effort has established sites for free testing, even for asymptomatic individuals, in Everett, Chelsea, Fall River, Lawrence, Lowell, Marlborough, Lynn, and New Bedford. Anyone — not just local residents — is allowed to be tested. Each site will operate through Aug. 14.

“While the commonwealth has made progress on reducing the overall positive test rate, there are still communities where the number of positive tests is above the average of the rest of the state,” Baker said in a statement unveiling the program on July 8. “Focusing our efforts to increase testing in these communities will help identify new cases and stop the spread. Residents of these communities, even those who are asymptomatic, are urged to take advantage of these new sites.”

The initiative has already attracted a lot of interest.

In Marlborough on Monday, dozens of cars lined up outside Marlborough Hospital, a UMass Memorial Healthcare System facility that started offering the drive-up saliva tests on Friday, The MetroWest Daily News reported.

In the first day of free testing, the hospital collected 190 samples — among them three positive results.

According to WCVB, many were turned away and told to return when a long line of vehicles remained even an hour after testing was supposed to end for the day.

First day of new free Covid-19 testing sites in Massachusetts. The line at Marlborough Hospital extends all the way down the street before you can get into the parking lot. Neighbors are upset they can’t park in front of their homes. #WCVB pic.twitter.com/0258xSyXwR

Communities selected for the free testing availability have two-week positivity rates between 2.7 and 7.46 percent — notably higher than the state average of 2.25 percent, the Boston Herald reports.

But officials in Western Massachusetts say their communities, particularly ones that are vulnerable to coronavirus, are being left out.

“Western Massachusetts is being left behind,” state Sen. Eric Lesser, a Longmeadow Democrat, told the newspaper. “It just frankly is inexcusable and just defies common sense that you would not have a single site west of 495.”

Fourteen day positivity rates for Springfield, Worcester, and Chicopee are all higher than the state average, coming in at 4.25, 4.17, and 2.83 percent, respectively, according to the Herald.

“We have many very vulnerable and very high-risk communities,” Lesser said. “The idea that a person of limited needs, a low-income person, a person from an immigrant community or non-English speaking community is going to be able to access a site in Marlborough 70 miles away is totally unrealistic and totally defeats the purpose of the initiative.”

Baker told reporters last week that cases in the western part of the commonwealth have dropped and remained lower than other areas of the state, despite being a hotbed during the early days of the pandemic.

The governor said officials would make adjustments should those trends change for the worse.

But Holyoke Mayor Alex Morse, whose city is experiencing a 3 percent positivity rate, told the Herald, “If we want to keep moving forward, we have to make sure there is adequate testing in every corner of the state.”

In Marlborough, John Kelly, the hospital’s chief operating officer, told the Daily News test samples are sent to a laboratory in Worcester. Patients usually receive their results within 24 to 48 hours.

Elsewhere, some facilities are seeing a slowdown in turnaround.

Experts say bottlenecks in the testing supply chain and the high demand for tests is clogging up the system, NBC 10 Boston reports.

“I think we might face a situation in the next days or week where we might not be able to test the people who really need a test,” Dr. Shira Doron, an epidemiologist at Tufts Medical Center, told the station.

Quest Diagnostics and LabCorp both told the news outlet patients must wait four to six days on average to receive results — a sharp rise compared to the the end of June, when the time frame was between 24 and 48 hours.

“Mathematically, it becomes very challenging for us to be able to get our arms around the pandemic and get it under control,” Dr. Thomas Tsai, an assistant professor at the Harvard Chan School of Public Health and a Brigham and Women’s Hospital surgeon, told the station.

At Tufts, health care workers have needed to create the testing viral transport medium themselves and have had to selectively limit the number of people who are allowed to receive a rapid-results coronavirus test amid the shortages, according to NBC 10 Boston.

Doron said demand for the hospital’s 24-hour tests has significantly grown since test results can take even longer at other facilities.

“What we are seeing here at the hospital is lines around the corner now because of that,” Doron said. 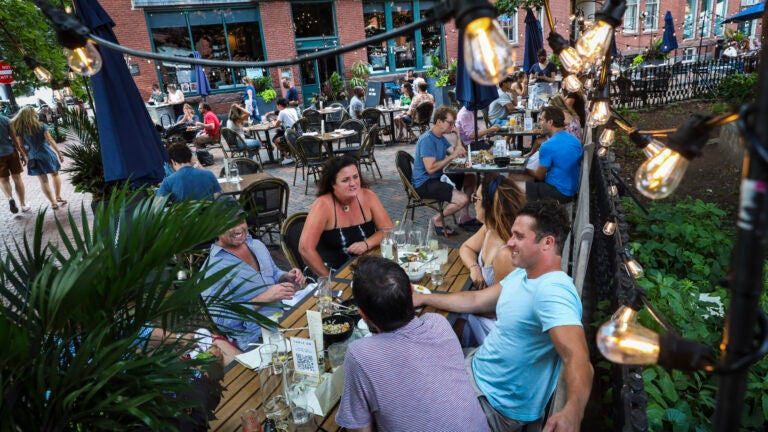 COVID-19 is reinvading states that already beat it back once