Somerville officials announced Friday the city will again hold off on starting Phase 3 of the state’s coronavirus reopening plan, citing concerns about the reliability of the state’s contact tracing program and rising new case averages in the nearby metro area.

Officials say Step 1 of the Phase 3 plans — which would allow for the reopening of gyms, outdoor performance venues, movie theaters, and cultural centers, along with indoor gatherings — will not start until at least Monday, Aug. 3.

“We are just as eager as our businesses to restart this part of our economy, but the last thing we want is to move so quickly that we risk the kind of deadly surge and damaging re-closures we’re seeing in states that opened too quickly,” Mayor Joseph Curtatone said in a statement. “While statewide case numbers have been holding fairly steady in Massachusetts as a whole, we’re seeing new case numbers start to tick up modestly in metro area counties. Couple this with growing concerns over the adequacy of the state’s contact tracing effort, which is essential to safe reopening, and the only prudent response is to press pause for the time being.”

Curtatone added that leaders “at a minimum” want to see seven-day and 14-day rolling new case averages holding steady, if not dropping, and “evidence of promised contact tracing improvements before we take this next step.”

The move to delay Phase 3 comes after Somerville had already delayed the rollout, initially expected on July 13, at least a week.

Officials, in announcing their decision to hold off on moving forward again, noted increases in the 14-day rolling averages of new cases, as reported by The New York Times hotspot tracker as of Thursday, in four counties: Middlesex, rising from 42 to 48; Suffolk, from 33 to 39; Norfolk, from 20 to 29; and Bristol, from 22 to 28.

City leaders are additionally discouraged by reported issues in the state’s contact tracing partnership, which was recently scaled down amid the declining number of cases statewide.

Somerville has its own local contact tracing initiative, but the program’s current capacity can only handle smaller caseloads. A surge in cases would make the city reliant on the state program, according to officials.

“To reopen we must have either steady or downward case trends locally and regionally — not just statewide,” Doug Kress, the city’s director of Health and Human Services, said in a statement. “We must also have all of the critical components for safe reopening in place. That’s widespread easily accessible testing, effective contact tracing and tracking, and isolation support backed up by widespread compliance with requirements for face coverings, social distancing, hygiene, and business safety protocols.

“Massachusetts has made incredible progress over the last few months,” he added. “We don’t want to undo that by pushing forward without every element in place.”

Curtatone has before made clear his intention to be extremely cautious as his city readies for the potential coming of the “Vigilant” Phase 3.

In an op-ed published last week, Curtatone decried the state’s reopening plans, which he contended are “completely devoid of actual vigilance,” pointing to how the state continues to move forward despite having recently laid off hundreds of contact tracers, among other concerns.

“What we do now will determine how safely we can reopen schools in the fall, whether businesses that struggled to reopen can avoid costly re-closures, and how many people get sick and how many die,” the mayor said Friday. “These are serious times and we must take every step with the caution it deserves.”

According to city leaders, recently unveiled state guidelines for grocery stores — which can now increase customer capacity from 40 to 50 percent within stores and can again accept re-useable bags — are in place. 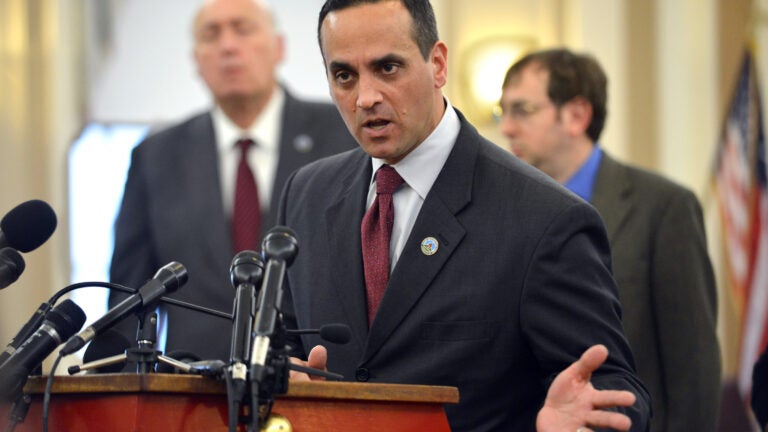