Gov. Charlie Baker announced Tuesday that he is extending the moratorium on evictions and foreclosures in Massachusetts through Oct. 17 in the hopes of slowing the spread of COVID-19 and minimizing the pandemic’s impact on vulnerable residents.

“The extension I am declaring today will provide residents of the Commonwealth with continued housing security as businesses cautiously re-open, more people return to work, and we collectively move toward a ‘new normal,'” Baker wrote in a letter to Senate President Karen Spilka and House Speaker Robert DeLeo.

The pause on evictions and foreclosures — which was set to expire on Aug. 18 — was first implemented through a law signed by Baker in April, which gave him the authority to extend the moratorium in increments of up to 90 days.

The 60-day extension announced Tuesday comes amid pressure from state lawmakers, as well as gloomy predictions about what could have happened if evictions and foreclosures were allowed to proceed this summer.

Last week, Attorney General Maura Healey and other Democratic elected officials rallied outside the State House to urge Baker to extend the moratorium. Housing advocates say as many as 120,000 people in Massachusetts — predominantly in communities of color — could lose their homes when Housing Court reopens due to the dramatic economic impacts of the coronavirus outbreak, which have only exacerbated existing racial inequalities.

Last month, a poll found that 29 percent of Massachusetts renters missed at least some of a housing payment in April, May, or June.

In addition to most residential evictions and foreclosures, the moratorium also blocks small business evictions. It does not however affect evictions for alleged criminal activity or lease violations involving health or safety.

Landlord groups have opposed the moratorium, and Baker acknowledged Tuesday that the extension Tuesday “will impact many small landlords who rely on rental income to pay their own expenses.”

“I strongly encourage tenants to continue to pay rent, and homeowners to make their mortgage payments, to the extent they are able while the moratoria remain in place,” he wrote to Spilka and DeLeo.

The Baker administration also announced on July 1 that it would make $20 million available for emergency rental and mortgage assistance for  lower-income tenants and homeowners. In the run-up to Oct. 17, the governor also wrote that his office “will assess whether additional federal and state resources should be made available for this purpose.”

“We also will be working closely with our colleagues in the judicial branch to ensure that when evictions proceedings resume there are programs in place to help tenants pay their rent and avoid eviction,” he wrote to Spilka and DeLeo. “I appreciate your continued collaboration as we move through the phases of re-opening and continue making progress in our fight against this deadly and persistent virus.” 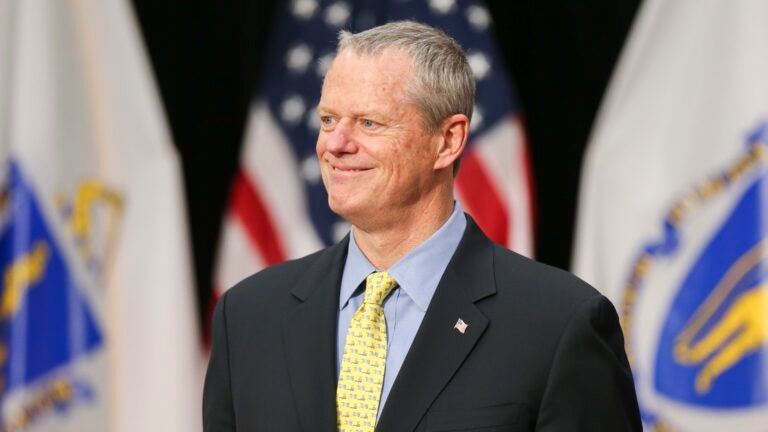 In a surprise, Baker says taxpayers could receive ‘north of $2.5 billion’ in tax relief under little-known law