BOSTON — Last week, as Dr. Emily Wroe left her home in Boston and drove west to see her parents in Idaho, she watched as signs of the pandemic became fewer and farther between.

After she left Ohio, customers at gas stations no longer wore masks. In Nebraska, when she needed a repair to her truck, the mechanic seemed to look at her strangely because she was wearing one. In Montana, motorcyclists clustered in groups of 20.

The farther she was from the East Coast, the more she found Americans treating the threat of the virus as “far away, and not important.”

“I wasn’t surprised, but it is striking,” said Wroe, who spent the spring preparing contact tracers for Massachusetts. “We’re in the middle of a global pandemic, and there are a lot of towns and businesses along the way where nothing has changed.”

Six months since the coronavirus crisis was first detected in the United States, the Northeast stands in sharp contrast with the rest of the nation.

Along the East Coast, from Delaware through Maine, new case reports remain well below their April peak. As of Wednesday, six of the country’s 11 states with flat or falling case levels are in that Northeastern corridor.

Like Europe, the Northeast suffered a devastating wave of illnesses and deaths in March and April, and state leaders responded, after some hesitation, with aggressive lockdowns and big investments in testing and tracing efforts. Residents have largely followed rules and been surprisingly supportive of tough measures, even at the cost of economic pain.

Jha said the difference in regional trajectories was so pronounced that by the time flu season rolls around in the late fall, “I would not be surprised if what we have is two countries: one which is neck-deep in coronavirus, its hospitals overwhelmed, and another part of the country that is struggling a little but largely doing OK with their economy.”

It is also true that the Northeast remains the corner of America that has suffered most from the virus.

New Jersey, New York, Connecticut, Massachusetts and Rhode Island have reported the country’s most deaths per capita over the course of the pandemic, with more than 61,000 combined. And the economic wounds from prolonged shutdowns are deep: Massachusetts’s unemployment rate in June climbed to 17.4%, the worst in the country, according to federal data released Friday.

But polls, so far, suggest that voters in the Northeast are prepared to tolerate prolonged economic pain in order to stop the spread of the virus. Governors from the states that were hit early in the pandemic have sustained the highest approval ratings in the country.

And in May, when a poll by Suffolk University Political Research Center asked Massachusetts residents how long they could endure the hardships of a shutdown, 38% of those surveyed answered “indefinitely.”

“This isn’t an economic policy; this is life or death,” said David Paleologos, the center’s director. “That is at the core of why people are saying, ‘I’ll do whatever it takes.’”

The crisis has drawn out key regional differences in how Americans view the role of government in their lives, said Wendy Schiller, chair of the political science department at Brown University in Providence, Rhode Island. The Northeast, she said, with its 400-year tradition of localized, participatory government, has been less affected by decades of anti-government rhetoric.

“In New England and the Northeast, it is easier to say, ‘Let’s put on a mask and lock down. We’re all in this together. We know each other,’” she said. “It’s this reservoir of belief that the government exists to be good.”

Four months ago, all of the New England governors were scrambling to contain the spread of the virus. They had hesitated to impose shutdowns in early March, when many in the public health community were urging immediate action, Jha said.

“It took longer than it should,” he said.

But the responses were aggressive. Charlie Baker, the Republican governor of Massachusetts, decided after a late-night phone call with Jim Yong Kim, co-founder of the nonprofit Partners in Health, to budget $55 million for contact-tracing programs that would recruit and train a corps of 1,900 newly minted public health workers. The program was up and running within weeks.

“I certainly felt under the gun — and I know many of my colleagues did — to make decisions with less than perfect information,” Baker said.

By this month, tracers were able to reach 90% of contacts within 24 hours; new cases had fallen so steeply that the corps was reduced to 500.

There was a similar scramble to acquire personal protective equipment, which included chartering six flights from China to carry shipments of masks. In early April, Robert Kraft, owner of the New England Patriots, transported 1 million N95 masks from China to Boston Logan International Airport on a team plane.

“There’s all kinds of things that happened over this period of time that were unusual decisions and risky ones, but for most of us, we felt we were doing what we had to do,” said Baker, whose job approval ratings rose to 81% in late June, according to a Suffolk University poll.

In Rhode Island, Gov. Gina Raimondo, a Democrat, took a stern approach beginning in late March, at one point ordering state police to stop cars entering the state from New York to enforce quarantine requirements. She regularly warns that expanding freedoms will be curtailed if residents fail to observe social distancing rules.

It has been a transformational political moment for Raimondo, lifting her approval ratings to 81% in late April, at the height of the pandemic, from just 35% in January. Her signature admonition — “Knock it off” — became so popular that a gift shop in Providence printed it on T-shirts.

Baker said the high level of compliance with quarantine measures was natural, given how badly the region was battered in the spring.

“Like everybody else, I know people who have been directly affected by this thing,” he said. “I’ve had very close friends almost die. I’ve had good friends who have lost family members because of it. I went 100-odd days without seeing my father because he’s 92 years old and in an assisted living facility.”

It is not certain what the months ahead will hold for the region. A new surge of cases in the South and the West has spread across other states, and as of this week, cases were rising in 41 states. Among states where cases were slightly rising in recent days were Rhode Island and Massachusetts.

Jha said he was optimistic that Northeastern states could maintain control over the virus’s spread through the summer, reopening gradually while closely monitoring shifts in the data.

“I think they’re watching what’s happening in the South, and they’re horrified,” he said.

Gov. Janet Mills of Maine, a Democrat, sounded cautious. She said officials in her state were “exhaling, but safely, with masks.”

“The last few weeks in particular have felt good, but we’re not out of the woods,” she said.

The coming months will bring new waves of difficulty as well as the economic impact of the spring shutdowns ripples outward, unemployment benefits expire, and an expected flood of evictions begins.

Of all the difficult decisions that she faced this year, Mills said, none has been more “gut-wrenching” than her first stay-at-home order. 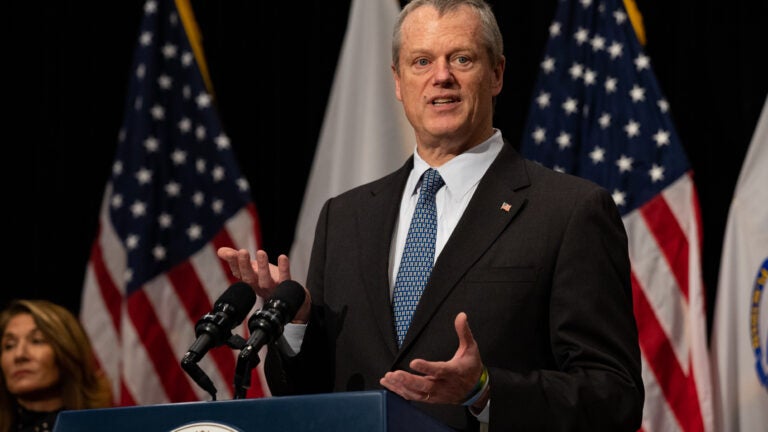 Here’s what Boston.com readers think about the plan to reopen Massachusetts