WASHINGTON — The Trump administration on Wednesday announced a nearly $2 billion contract with the pharmaceutical giant Pfizer and a smaller German biotechnology company for up to 600 million doses of a coronavirus vaccine. If the vaccine proves to be safe and effective in clinical trials, the companies say they could manufacture the first 100 million doses by December.

Under the arrangement, the federal government would obtain the first 100 million doses for $1.95 billion, with the rights to acquire up to 500 million more. Americans would receive the vaccine for free. Before it could be distributed, it would first need at least emergency approval by the Food and Drug Administration.

Large-scale safety trials are to begin this month, with regulatory review set for as early as October.

“Depending on success in clinical trials, today’s agreement will enable the delivery of approximately 100 million doses of vaccine being developed by Pfizer and BioNTech,” Alex Azar, the health secretary, said in a statement announcing the deal.

BioNTech is a German pharmaceutical company.

The agreement, which the Department of Health and Human Services announced Wednesday morning, is the largest contract yet for “Operation Warp Speed,” the government’s crash coronavirus vaccine program. The federal government announced earlier this month that it would pay the Maryland-based company Novavax $1.6 billion to expedite the development of a coronavirus vaccine.

“We’ve been committed to making the impossible possible by working tirelessly to develop and produce in record time a safe and effective vaccine to help bring an end to this global health crisis,” said Dr. Albert Bourla, Pfizer’s chairman and chief executive officer said in a news release. 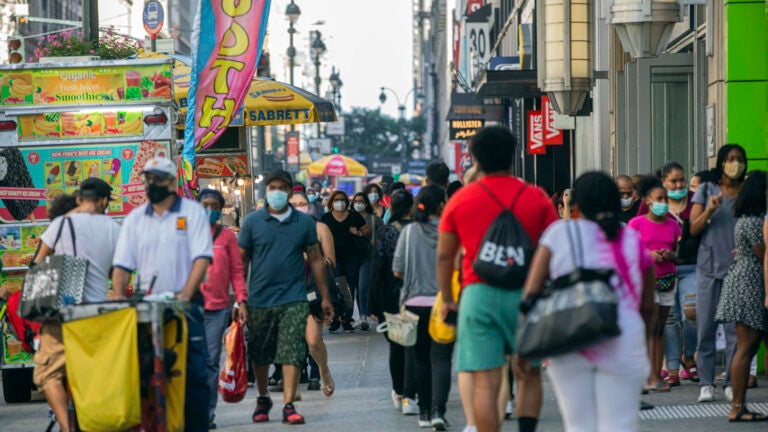 Infections as much as 13 times higher than reported cases in parts of U.S., study shows