A “large house party” in Chatham earlier this month has resulted in at least 10 positive COVID-19 cases so far and a “cluster notification” sent from the state Department of Health to town officials.

“This is something that I think we’ve all been very concerned about,” Dr. Robert Duncanson, town director of natural resources, told the Chatham Board of Selectmen during a meeting Tuesday night.

Many who attended the party are restaurant workers and “a large number” of people there were reportedly not wearing masks, according to Duncanson. Between 30 and 50 people attended the party, Boston 25 reported.

“None of those appear to be to Chatham residents, but it just highlights the fact that these large parties where people are not practicing social distancing and not wearing masks can have significant impacts,” Duncanson said during the meeting Tuesday, noting that there were nine positive cases at the time.

However, on Wednesday, he told the Cape Cod Times that a 10th case was added and this person is a Chatham resident.

As a result, the town sent out a notification to restaurants letting them know what happened, according to Duncanson. He said one restaurant has closed temporarily, but he wasn’t sure if it was related to the cluster or not.

“As I said, hopefully this doesn’t get much larger,” he said.

Overall, Barnstable County has seen 1,639 COVID-19 cases and 154 deaths as of the meeting time, according to Duncanson. For Chatham, the latest town-by-town data, released Wednesday, shows 21 total cases with less than five cases over the last two weeks. Its positivity percentage sits at 1.37 percent.

Though unclear if it’s related to the party, Kream N’ Kone announced Wednesday that is “closing until further notice” after a worker tested positive.

“We will be closing to thoroughly clean and disinfect the restaurant and all the remaining employees will be tested,” a post on Facebook said.

Hangar B restaurant has moved back to takeout for two weeks “with the recent cases reported in our community,” a Facebook post said. While many of the workers there have tested negative, some are quarantining for 14 days as a precaution.

“We will reassess after this period to consider resuming full service dining,” the post said. “Please be assured that we take your safety and our own very seriously and will continue to offer our food to you in a manner that reflects that commitment.”

Ok so here is the latest… although we are happy to report negative test results from our team, we have still asked… 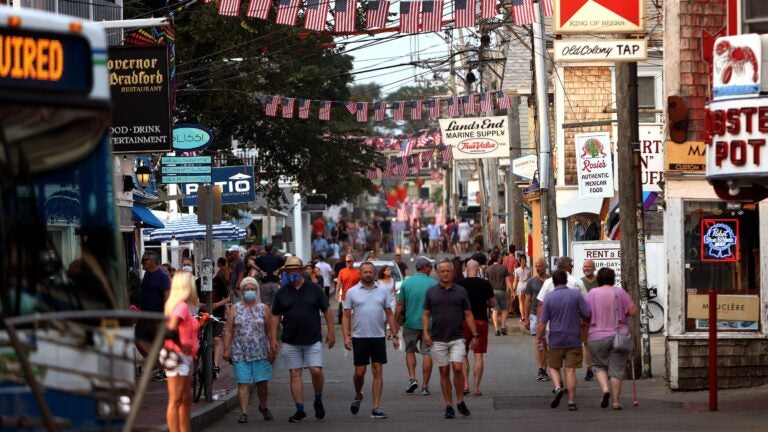