A Gardner hotel — and popular wedding venue — is coming under fire for reportedly hosting a couple of events last weekend, one of which allegedly numbered over 300 people with staff included.

The Colonial Hotel reportedly hosted a wedding on Saturday that included 240 guests and 70 staff members, according to the Boston Business Journal, which received a summary of complaints against the hotel from the state Department of Labor Standards. The wedding was said to be for a relative of the hotel’s general manager, Nicole Moorshead. On Sunday, a different wedding reception reportedly occurred, which included 190 guests.

Hotel officials could not be immediately reached for comment.

The Colonial Hotel, its owners and operators, with the help and guidance of local administrators and health officials, have endeavored to comply with the evolving rules and regulations that have been enacted to combat the COVID-19 pandemic. We take the health and safety of our guests and staff very seriously, and will continue to work diligently to ensure that we are operating in compliance with all rules and regulations. We look forward to working with local and state officials to address some misconceptions about our recent operations and clear up some inaccuracies that have been reported. We appreciate your respect for our privacy while we try to get through this extremely confusing and difficult time. Thank You!

State officials noted that both gatherings included a bar and dancing, the BBJ reports.

The state, as well as city officials, had been tipped off to the potential gathering sizes. The city had told the hotel on July 15 not to hold gatherings that would breach state COVID-19 regulations. Another warning was issued on July 24. The hotel said it would follow the guidelines “to the best of their ability,” Gardner’s assistant director of public health, Rick Rossi, told the BBJ in a statement.

Rossi said the hotel could face $300 fines for each of the events. There could be further fines issued by the state Department of Labor Standards, the publication reported.

The state is currently in Phase 3 of its reopening, which limits in-person gatherings to no more than 25 people inside and 100 people outside. 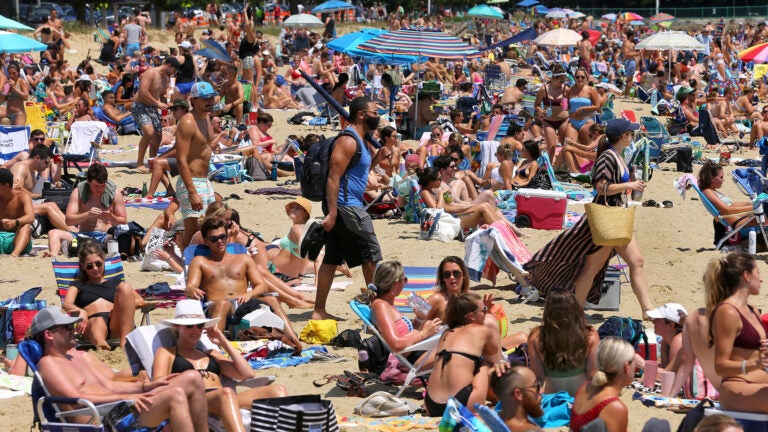 Do you think Massachusetts should roll back its reopening plan? Let us know.