More than 97,000 U.S. children tested positive for the coronavirus in the last two weeks of July, more than a quarter of the total number of children diagnosed nationwide since March, according to data from the American Academy of Pediatrics and the Children’s Hospital Association.

The report cited data from 49 states, New York City, Washington, Puerto Rico and Guam, most of which defined children as younger than 19 years old.

As of July 30, there were 338,982 cases reported in children since the pandemic began. Still, that was a relatively small fraction of the total number of coronavirus cases nationally – 8.8 percent. As of April 14, children made up just 2 percent of cases nationwide, according to the data.

“It will be a little hard to sort out the degree to which a lot more kids are getting infected and the degree to which our testing capacity has gone up,” said Sean O’Leary, a member of the American Academy of Pediatrics and professor of pediatric infectious diseases at the University of Colorado. “What we can say is that it’s not particularly surprising given the large increase in cases we’ve seen nationally overall.”

The jump in pediatric cases comes as children are entering close quarters for the first time in months as some schools open their doors to students again. For months, teachers, parents and politicians have argued over whether the risks that the novel coronavirus pose to children outweigh the benefits of in-person learning.

Many school districts have chosen to operate entirely remotely until case numbers drop. Some have opted for hybrid learning systems in which children attend school in-person only a few days a week to limit crowding. But even schools with measures limiting crowds have suffered outbreaks already.

North Paulding High School, near Atlanta, made news last week when pictures spread on social media of students crowded in hallways and not wearing masks. Sunday, the school sent a letter to parents announcing the campus would be closed to in-person learning for at least two days after nine people tested positive for the virus.

O’Leary cautioned that part of the jump in cases could merely be the result of an increase in testing. Early in the pandemic, most people being tested were ill or hospitalized.

“Because we know that kids are less severely impacted and less likely to be hospitalized, it’s almost certain they were getting infected to some degree more than they were represented in the data early on,” said O’Leary, who couldn’t rule out the possibility that children are now getting infected at higher rates.

He noted that a slight increase in the percentage of children hospitalized from May (0.8%) to July (1.4%) may suggest more children are getting sick. Unlike testing, which doesn’t necessarily indicate severity of illness and isn’t uniformly available, hospitalization data is less subject to local circumstances and more directly related to the number of people falling ill.

O’Leary noted limitations with the data, because they lack more detailed information about age, race and ethnicity, and severity of illness.

Pediatric deaths from COVID-19, the illness caused by the coronavirus, remained rare, accounting for fewer than 1% of the national total, the report concluded. Children still make up a relatively small percentage of those hospitalized with COVID-19 nationwide, but a report from the Centers for Disease Control and Prevention on Friday found that Hispanic and Black children were substantially more likely to be hospitalized with COVID-19 than their White peers. 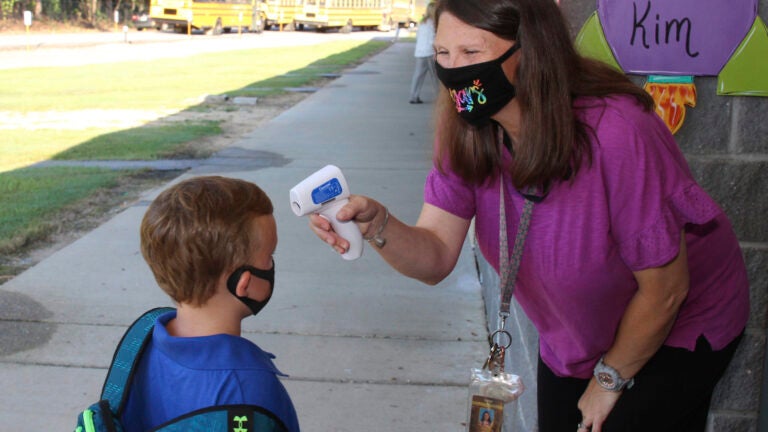