Dr. Ashish Jha, director of the Harvard Global Health Institute, says Massachusetts still has work to do when it comes to its testing capacity for the coronavirus, laying out the steps he’d take if he were Gov. Charlie Baker during a Thursday interview with The Boston Globe‘s editorial page editor.

“Massachusetts is clearly doing better than a vast majority of states; it’s still not where it needs to be,” Jha told Bina Venkataraman during a live-streamed “Op-Talk” when asked if the state’s testing was up to par.

The Harvard public health expert said on the “good side” of where the state is, Massachusetts has a 2 percent positivity rate, which indicates to him that the net for testing is being cast “pretty widely” and, for the most part, people who need a test are able to get one.

“But I’m hearing lots and lots of stories of people who want to be able to get a test before they, let’s say, go visit their elderly parents, and often have to book a week in advance, the results are not immediate,” Jha said. “I still believe that Massachusetts can and should be leading the nation and be getting to a point where if I wanted to go get a test this afternoon, I should be able to get one and I should be able to get results back in 24 hours. That’s where we should be as a commonwealth, and we’re not there yet. So I believe there is work to do. Good news — Massachusetts is doing better than most states. There are states that are doing better than us.”

Venkataraman asked the doctor what he would do differently if he were the Republican governor, who has largely gotten high marks from residents for his response to the pandemic.

“If I were Gov. Baker I would be doing a couple of things,” Jha said. “One question is, have we really brought online all the capacity of all the private labs, all the academic labs? If we have not, what’s preventing us and how do we make sure that we have the kind of resources flowing, both intellectual, regulatory, and financial resources flowing, so that we have much more of that testing capacity.”

The second question, the Harvard doctor said, is around specifically expanding antigen tests, which are known for producing faster COVID-19 results. Jha said Baker has done a “good job” partnering with six other states to buy antigen tests to make them more widely available.

“I would keep pushing on that and make that much more widely available as well, specifically for things like schools and colleges, where I think antigen testing is part of a surveillance system,” he said. “It’s quite effective — can be quite effective. So I think it’s doing more of what he has done. There isn’t something massive or major he’s missing. I would just push him to do more of it. Because I think we need more testing in Massachusetts.”

Cases, Jha noted, have started to rise “a bit too much in Massachusetts.”

The Harvard doctor, who said during the conversation he’s not convinced a second national shutdown would be most effective to control the virus outbreaks across the country, said states like Massachusetts need to exercise a “dimmer switch” and “pull back a little” to keep preventing further spread of the virus.

“I think there is a way and a path to do this in a much more nuanced way, but I am fully aware that if Texas doesn’t manage their outbreak, it will make it harder for Massachusetts to manage ours,” he said. “So because we live in this country, I’m sympathetic to the national lockdown argument, but I have felt that largely we don’t need to do it, if we’re willing to do the hard work of having a much more customized policy.”

Jha said he expects as students arrive in Massachusetts, coming from hotspots like Florida and Texas, the state will see a bump in cases, which is why a rigorous strategy for quarantines and aggressive testing is needed.

“We’ve got to pay very close attention to it,” he said. 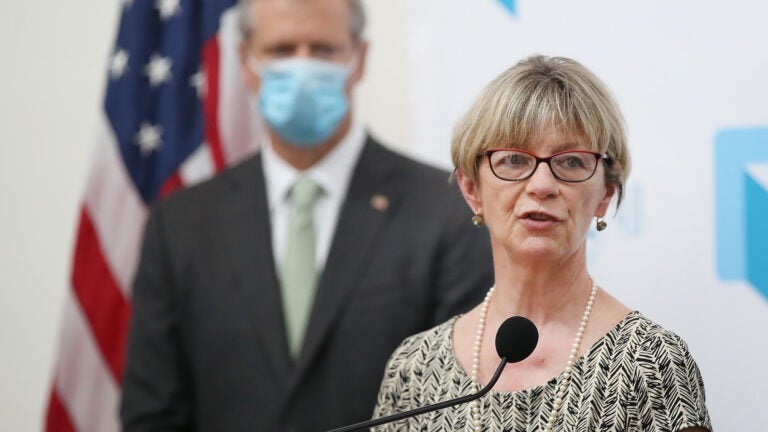