Boston’s child care shortage has only worsened because of the coronavirus pandemic, officials say.

Tania Del Rio, the executive director of the city’s Women’s Advancement office, recently told city councilors that since child care providers closed at the pandemic’s onset in March, 578 out of 773 programs, or 70 percent, have reopened, making up 21,000 seats or about 65 percent of the city’s total child care capacity.

Officials are worried Boston may have permanently lost a “significant portion” of its previous capacity, potentially between 22 to 35 percent — a result of the financial blow dealt by the shutdowns, Del Rio said.

“That’s very unclear because we don’t know whether families are planning on coming back to the programs,” she said during a Committee on Strong Women, Families, and Communities hearing on Aug. 12. “This is obviously understandable given all the health concerns.”

As the city continues to reel from the impact of COVID-19, officials and councilors say the difficulties dealt to the child care sector have essentially set the stage for a crisis within a crisis.

Affordable, quality child care was already hard enough to come by for working families before the pandemic, they say. Councilor Liz Breadon said for many families, one parent — often women — will opt to stay home to raise children because it is more fiscally prudent than enrolling a child in a care program.

“These are tough choices for families and the long term costs for women are immense as they miss out on promotions and lose earning capacity, which has long term, lifelong consequences, especially when they reach retirement age,” Breadon said.

According to Councilor Andrea Campbell, Boston lost 40 percent of its family child care businesses over the past decade, while Massachusetts as a whole saw its number of seats available to children drop by 25 percent in the last four years.

Even before the health crisis, the city only had enough seats for half of its children under the age of 5, Del Rio said.

“The pandemic has thrown our childcare sector into crisis, forcing businesses to close their doors temporarily, and some, sadly, permanently, and take on even more responsibilities and costs to keep kids safe and staff safe as well, if and when they do decide to reopen,” Campbell said.

And child care is desperately needed, especially now, they say. As more parents look to return to work outside of the home, child care will be a crucial avenue to allow them to do that.

“We’re at a place where my belief is that we’re not even having the right conversations about a recovery and a reopening — that we cannot even pursue that kind of thinking unless we are first safeguarding and supporting access to quality child care,” Councilor Michelle Wu said. “It is so fundamental to our economies, our families, and everything else.”

Del Rio said Boston saw a large number of child care facilities reopening in the beginning of July, but the reopenings have since slowed down.

“We think there might be a small little second peak sometime in September and by then I think we’ll kind of know how many we’ve lost permanently,” she said.

A pilot program launched last year and supported 22 of those businesses. This year, the fund will benefit 75 entrepreneurs, she said.

Still, the city must keep its focus on finding ways to help fund child care and fill staffing gaps, according to Del Rio, who said those in the industry are often under compensated for the value of the services they provide.

The centers –and over 100 family child care providers Nurtury supports — reopened last month with restricted capacity for about 78 percent of the families, she said. Approximately 52 percent have so far attended programs in-person and the remainder have indicated they will in August and September, Perille said.

“We are grateful that the (state Department of Early Education and Care) is providing coverage and payment for that, but I will point out that means there is a 20 percent gap in the way our staffing is built and child care agencies are all about staffing,” Perille said. “If there’s a revenue cut, then we end up cutting staff. If we cut staff, we further reduce capacity. So child care is in a very challenging cycle.”

Perille provided the context to show councilors how vulnerable providers are right now.

“It’s complex now and it will continue to be complex well through the end of 2020,” Perille said. “As an example Nurtury is a large agency, we have scale. If we stay at about 80 percent capacity, since all payments are tied to your enrollment … Nurtury as an example will be losing roughly $200,000 a month. We cannot sustain that for very long and (I) imagine even smaller agencies with proportionate losses will be even more vulnerable.”

Councilor Michael Flaherty said if providers are unable to reopen, the impact would be significant for the city.

“That’s the major concern of mine: Despite all of our best efforts, the fact that these day care and child care centers have been closed for so long, they may not be able to reboot,” he said. “That would be devastating and catastrophic I think for our city and our residents.” 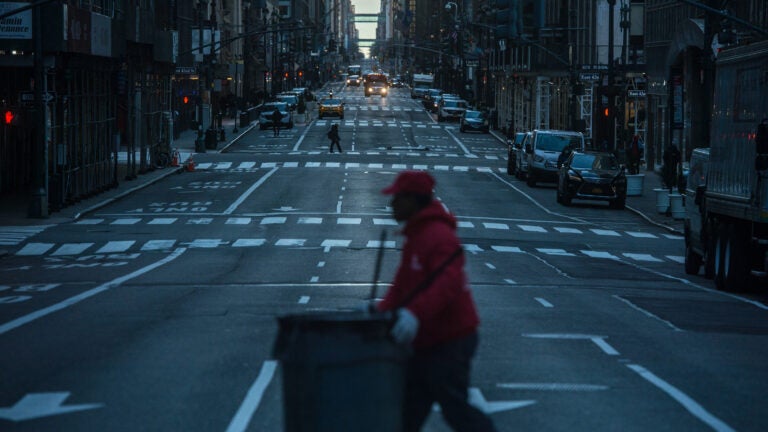 What if ‘herd immunity’ is closer than scientists thought?