Boston researchers say immediate actions must be taken to address the spread of coronavirus among incarcerated individuals after finding that the infection rate of COVID-19 in Massachusetts jails and prisons is nearly three times that of the state’s general population.

The new study, from researchers at Brigham and Women’s Hospital and Harvard University, was published Friday in JAMA Network Open. The researchers analyzed data that was publicly available from 16 Massachusetts Department of Corrections facilities and 13 county systems from April through the beginning of July and found that, not only was the rate of infection higher than that among state residents, but it was five times the United States rate.

“Our results add to a growing body of literature emphasizing high COVID-19 rates in carceral settings and the importance of testing and decarceration,” Monik Jiménez, ScD, the corresponding author on the study and an assistant professor of medicine in the Division of Women’s Health, said in a statement.

With 14,987 individuals incarcerated across Massachusetts facilities as of July 8, 2020, there were 1,032 confirmed cases of COVID-19  reported among incarcerated individuals and staff — a rate of 44.3 cases per 1,000 people, according to the study.

“Rates of COVID-19 in Massachusetts jails and prisons are alarmingly high and require urgent action,” the researchers wrote in their letter. “Reporting of COVID-19 data from carceral facilities is highly variable and generally excludes county jails; hence, standardization is needed. Access to testing without coercion, decarceration, and contact tracing are necessary to decrease harm from COVID-19 to incarcerated people and their communities.”

The Boston researchers found the rate of confirmed cases was higher in the Massachusetts facilities that had higher testing rates, as well as in those that had released a smaller percentage of the incarcerated population due to the pandemic.

“Limited testing likely underestimates the true infection rate in county jails, where nearly one-third of tests were positive,” the researchers wrote. “These data are limited by absence of deaths and demographic characteristics. Owing to structural racism and the criminalization of poverty, COVID-19 racial/ethnic inequities may be exacerbated among incarcerated individuals. Whereas rates of COVID-19 vary nationwide, our results add to a growing body of literature emphasizing high COVID-19 rates in carceral settings and the importance of testing and decarceration.”

Incarcerated populations, the researchers noted, have “exceptionally high risk of coronavirus disease” due to overcrowding and movement through the facilities, as well as high rates of chronic illness. In Massachusetts, civil rights and public health advocates pushed state officials early in the pandemic to release prisoners as COVID-19 began spreading in jails and prisons.

As of Friday, 115,741 Massachusetts residents have contracted COVID-19 and 8,901 people have died, according to the state. 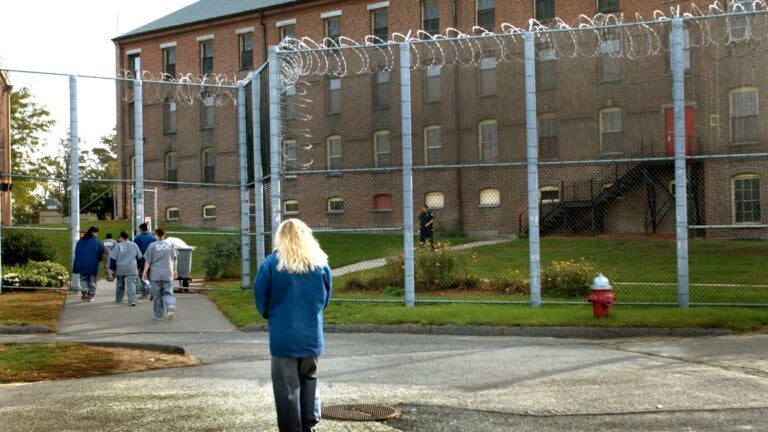 Lockdown within a lockdown: What it’s like inside a Mass. prison during the coronavirus pandemic