WASHINGTON – Democrats on Capitol Hill have asked an Alexandria, Va., consulting company for details about an unusual contract that has allowed the chief scientific adviser to President Donald Trump’s Operation Warp Speed to maintain personal investments and avoid making ethics disclosures of his holdings in pharmaceutical companies.

In a letter Monday to Advanced Decision Vectors, Sen. Elizabeth Warren, D-Mass., and two other lawmakers are asking the firm to explain its role in providing drug company executive Moncef Slaoui’s services as the chief coronavirus vaccine adviser to the Trump administration for $1.

By designating Slaoui a private, outside contractor, the administration has allowed Slaoui to avoid disclosure of extensive drug company investments that he accumulated as a former top executive at GlaxoSmithKline and as a partner in a large venture capital fund, Medicxi. Consumer advocates, pharmaceutical pricing activists and congressional Democrats have called the arrangement an end run around ethics rules for government officials.

“It is not at all clear what ADV’s role is in this contract, nor is it clear how it is in the company’s interest to serve as the middleman in a scheme that appears to be designed solely to allow a high-level scientist involved in OWS to avoid addressing his serious financial conflicts of interest,” wrote Warren, Sen. Richard Blumenthal, D-Conn., and Rep. Pramila Jayapal, D-Wash.

The lawmakers ask for details about terms of Slaoui’s contract with the administration, including compensation and benefits Slaoui is receiving and what the contract says about his possible financial conflicts of interest. They also ask whether ADV was directed to retain Slaoui at the behest of any government official.

The company says on its website that it was founded in 2009 and has experience working with the Defense and Transportation departments. Trump appointed Slaoui to co-lead Operation Warp Speed in May.

At the time, Slaoui announced that he would leave the board of directors of Moderna, which has received hundreds of millions in government subsidies to develop a vaccine, but that he intended to keep his stock holdings in GSK. GSK has since been selected, in a partnership with Sanofi, to supply $100 million in doses of experimental novel coronavirus vaccine to the U.S. government. Moderna and GSK are among a half-dozen companies that have been tapped by the government to produce a vaccine.

In a Department of Health and Human Services podcast conducted with Michael Caputo, assistant secretary of HHS for public affairs, and posted on July 31, Slaoui expressed displeasure about the questions surrounding his personal finances, attacking the news media in particular.

I am “very disappointed — or, first, I’ve been very surprised and then extremely disappointed by the fact that having made a decision that has nothing to do with my political motivation or opinion, because I think it’s irrelevant in front of the size of the problem, I made a decision to come and help solve a problem, whoever is the president, whatever is the administration color. And I’m amazed that I’m being attacked on a personal basis,” Slaoui said in the podcast.

“I thought that, you know, the press in particular was informing, but I now [am] convinced factually that the press has only one objective, which is to shape opinions and to distort information in a way that allows [it] to shape an opinion. And I find that unethical, extremely disappointing.”

The HHS Office of Inspector General, responding to a complaint by the advocacy groups Public Citizen and Lower Drug Prices Now, said in July that Slaoui would be in his post for longer than 130 days, which did not qualify him as a “special government employee,” a designation that would have required him to make financial disclosures and follow conflict-of-interest rules.

In a July 30 letter to Warren and the other lawmakers, HHS said that Slaoui did not have decision-making powers that would supplant the role of a government employee. Slaoui is the co-leader of Operation Warp Speed along with Army Gen. Gustave F. Perna, a four-star general who serves as the organization’s chief operating officer.

Slaoui is an “elite scientist” with critical knowledge of vaccine development serving in an advisory capacity as he helps the government find the most promising vaccines, HHS said. 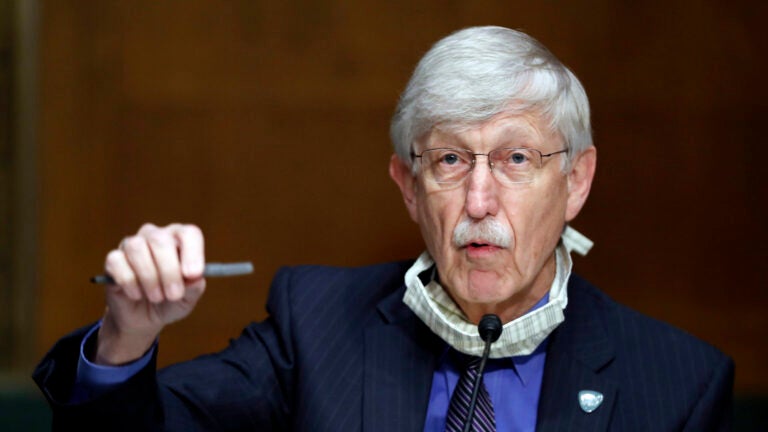 US begins ‘warp speed’ vaccine push as studies ramp up