Massachusetts has brought down its positive COVID-19 test rate to 1 percent over the past week, and across the state the average daily rate of infections is 4.2 cases per 100,000 people, just a tick away from the levels health officials consider low risk.

But those numbers aren’t reflective of the situation in all communities.

According to weekly data released by Gov. Charlie Baker’s administration, eight Massachusetts communities are currently in the state’s “red” category indicating dangerously high coronavirus rates. And during a press conference Thursday, officials announced a new public messaging campaign ahead of the Labor Day weekend to combat the spread in five of those communities with persistently high transmission rates: Chelsea, Everett, Lawrence, Lynn, and Revere.

“All residents across the state — but particularly so in Chelsea, Everett, Lawrence, Lynn, and Revere — need to stay vigilant,” Health and Human Services Secretary Marylou Sudders said Thursday.

Sudders said the campaign includes an “advertising blitz,” multilingual community field teams, outreach to local community groups, and phone and text communications for residents in those five cities, including new online resources at Mass.gov/StopCOVID19 to encourage the use of masks and social distancing.

Spanish and Portuguese versions on the new website are Mass.Gov/DetenCOVID19 and Mass.Gov/PareCOVID19, and officials say additional languages will be available soon. The entire campaign will run in English, Spanish, Portuguese, Haitian Creole, Vietnamese, Arabic, and “other languages common to these communities,” the administration said.

“The campaign’s advertising will run on hundreds of displays, message boards, signs, billboards, and other channels in these communities through paid partnerships and via state-owned resources, such MBTA stations, MassDOT signs, and much more,” Sudders said.

Based on the state’s contact tracing information, Baker said Thursday “unsupervised, unofficial” gatherings continue to be the biggest contributor to local spread, while he also stressed continued mask wearing and hand washing.

“No one can afford to gather in large groups in these communities,” Baker said.

Sudders also reiterated her strong recommendation that residents in hotspot communities wear a face covering at home if they live with someone who is elderly or has a compromised medical condition putting them at increased risk of complications due to COVID-19.

The effort builds on the cross-agency initiative Baker announced early last month following a statewide uptick in COVID-19 rates that was aimed at working with officials in high-risk communities to ramp up enforcement of gathering limits and provide increased resources for testing and contact tracing.

Based on the latest weekly data released Wednesday, Framingham, Winthrop, and Westhampton are also in the state’s “red” category for high COVID-19 prevalence, indicating an average incidence rate of more than eight cases per 100,000 residents. However, they were not included in the new campaign, which targets cities with what Baker said are “persistent” high rates.

“We are cities of essential employees, frontline workers, many of whom rely on public transportation to continue to report to work,” Arrigo said. “Many of our residents live in densely populated areas in multi-generational and multi-family homes. And we continue to see clusters of cases emerge at single addresses. Half of our population is comprised of immigrants and communities of color. We know that this virus impacts Black and brown communities disproportionately, and we are seeing those impacts in the city Revere.”

In response to their COVID-19 levels — including a positive test rate five times the statewide average — Arrigo said that Revere had worked with state officials to issue its own restrictions and ramp up enforcement of Baker’s revised gathering rules, which limit all outdoor gatherings to 50 people, indoor gatherings to 25 people, and requires individuals over the age of 2 to wear a face covering during gatherings of more than 10 people, public or private.

Arrigo said the city began issuing citations to people who violated those rules. Revere also tightened capacity limits at retail stores, increased business inspections, and closed parks and playgrounds where residents were gathering in close-contact groups or not wearing masks.

According to the mayor, those moves resulted in greater compliance with Baker’s order.

But officials Thursday also said they were hoping for a more collaborative approach with residents.

In addition to enforcement measures, Arrigo noted that Revere had deployed multilingual ambassadors to engage directly with residents and distribute masks.

“This is something we really need to get right, and it needs to be done in a way that’s both language and culturally appropriate,” Baker said.

After nearly six months under restrictive gathering rules, officials acknowledged that residents across the state are exhausted by compliance. Baker, who says he has limited his social circle to 10 people outside his family, called the inability to have routine get-togethers “physiologically exhausting.”

“We know that many of our residents are tired,” Arrigo said. “They are tired of hearing from us. They’re tired of restrictions and of the sacrifices that they continue to make to protect themselves and their loved ones. …. It would be easy for us to throw up our hands and and give up. But instead, we have to dig in.” 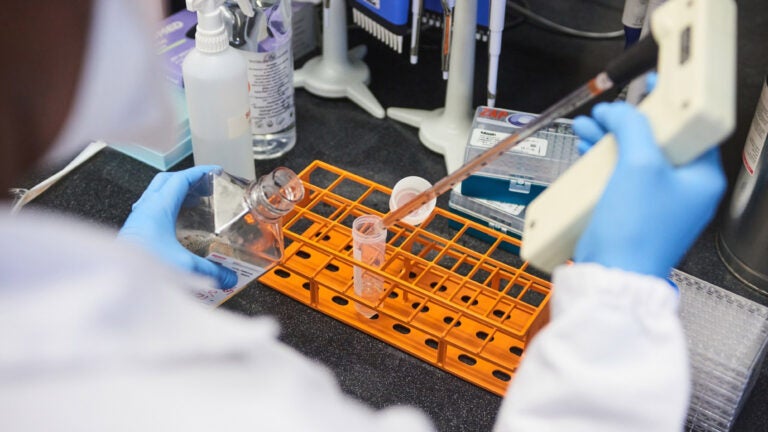