A third coronavirus-related death has been linked to a wedding held near Millinocket, Maine last month.

The finding was announced Friday, along with the COVID-19 death of a woman in her 80s from Somerset County, although the Maine Center for Disease Control and Prevention did not say whether that case was the latest to stem from the Aug. 7 event, The Bangor Daily News reports.

As of Friday, 147 coronavirus cases had been linked to the wedding, whose reception was held at the Big Moose Inn, located on unorganized territory on Millinocket Lake, according to the newspaper. On Sept. 3, Maine CDC Director Nirav Shah said a man in his 70s from Somerset County also died as a result of the outbreak brought on by the wedding — Maine’s largest of the pandemic so far.

Last month, a woman in her 80s who lived in the Millinocket area and did not attend the wedding was the first death linked to the wedding.

Meanwhile, a pastor who officiated at the ceremony and has come under fire for continuously holding in-person religious services without social distancing and mask-wearing protocols has tapped a high-profile lawyer to defend the rights of his Sanford church, The Portland Press Herald reports.

Todd Bell, of Calvary Baptist Church, held an in-person service on Sunday, although it was unclear how many people attended based upon a live-stream video reviewed by the Press Herald. A church official was heard telling congregants to greet their neighbors present.

To date, the congregation has logged 10 cases of COVID-19. Bell routinely hosts services without health precautions, the Press Herald reports.

Bell addressed the local controversy surrounding his services both during a radio address on Friday and in his Sunday sermon, according to the newspaper.

The pastor engaged attorney David Gibbs III, of the National Center for Life and Liberty, to defend the church, he said during his radio appearance.

The center is a “nonprofit legal ministry serves to protect and defend the Bible-based values upon which our nation was founded: church liberties, parental liberties, individual liberties, and issues of life,” according to its website.

Gibbs confirmed to the Press Herald he is working with the church. However it remains unclear if he is representing the congregation and what the focus of his work with Bell is, the newspaper reports.

Churches in Maine and nationwide have sought to fight government-mandated health restrictions during the pandemic, including Calvary Chapel in Orrington, Maine, which sued the state in May to lift an order barring in-person religious services from being held, according to the Press Herald. A federal judge ruled to keep the measure — which has since been scaled back — in place.

Bell, in his sermon Sunday, told his congregants to ignore criticism from those outside the church, the newspaper reports. The pastor said someone had told him to “go back to North Carolina,” his home before he moved to Maine nearly 25 years ago.

“People think I’m a weirdo,” he said. “They really do, and I’m glad I’m among friends here today.” 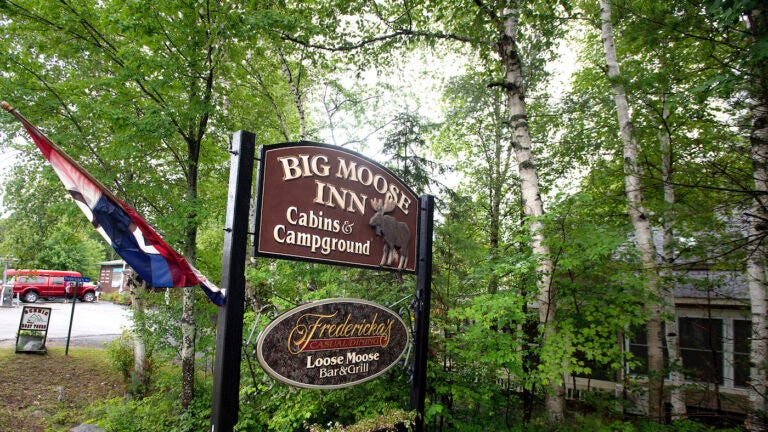 87 COVID-19 cases and 1 death are linked to a Maine wedding. Here’s what we’ve learned so far.