From Liverpool to Bogotá, cities and urban planners around the world are closing streets to cars, opening altered routes to bicycles, and widening sidewalks to help locals maintain six-foot social distancing while strolling through their communities during the ongoing coronavirus pandemic.

This goal to adapt transportation needs has also manifested in towns across Massachusetts through hands-free walk signals, repurposed street parking to make space for outdoor dining, and Shared Streets initiatives.

In early August, the Massachusetts Department of Transportation announced a fifth round of funding for the Baker-Polito Administration’s Shared Streets & Spaces program — which was launched on June 10 to provide funding for creating safer mobility in Massachusetts municipalities. The funding, according to the state, allows cities and towns to design and implement changes to curbs, streets, on-street parking spaces, and off-street parking lots in hopes of supporting public health.

Cities like Medford, Cambridge, and Somerville have all made similar moves to fund quick, sidewalk expanding projects.

To get a better sense of the program, here’s a breakdown of what Shared Streets look like in Somerville.

What are Shared Streets, and why are they being implemented?

Shared Streets, according to the city of Somerville’s SomerVoice website, open up low-volume and residential side-streets to pedestrians and cyclists. The routes discourage drive-through traffic while still allowing vehicle access for residents of the street, delivery drivers, or emergency personnel.

The initiative aims to give people more car-free space as they travel through their neighborhoods, whether they’re walking the dog, making trips to the grocery store, or other essential locations, according to the city.

“COVID-19 exacerbates existing inequalities that we see around our city. While some of us are able to limit our potential exposure to the virus by working from home and getting essentials delivered, many people do need to travel outside their homes during this time,” Somerville officials wrote on the site. “Specifically, low income and other underserved communities may not have a choice other than walking, biking, and taking transit to access jobs, groceries, healthcare, and other essential errands.”

“Providing a walkable and connected network of streets that people can use to get around the community without a car is a key element to keeping us all safe and healthy,” officials added. “The overall vision of Shared Streets is to create multiple north-south and east-west connections across the city to help people walk to essential destinations (the grocery stores in the city, the public schools that are functioning as food pantries during this time, and some of the medical buildings in the city or immediately on the border).”

How long will Shared Streets be in effect?

This part is tricky — while the changes to city streets are temporary, officials have not announced any timeline as to when they will be taken down, or at what points they will be modified.

And without an end to the pandemic in clear sight, it’s hard to say when they will no longer be needed to aid local transportation, or if they will at all.

Volunteers first began setting up the expanded sidewalks, often using signs, flexible barriers, and traffic cones, in late May and multiple new shared streets have been set-up throughout Somerville since then.

Where is each Shared Street located?

The newest addition to the Shared Streets initiative, which Somerville officials announced Tuesday, will be located in the Davis Square area.

The route will include Morrison Avenue, Winslow Avenue, and Clifton Street between Morrison and Winslow.

The city has also created an interactive map, highlighting which parts of the city are closed off to through-traffic and reserved for residents.

And as the program evolves to better fit the city’s needs, Somerville officials are encouraging residents to offer feedback on the routes by submitting comments on the SomerVoice site. 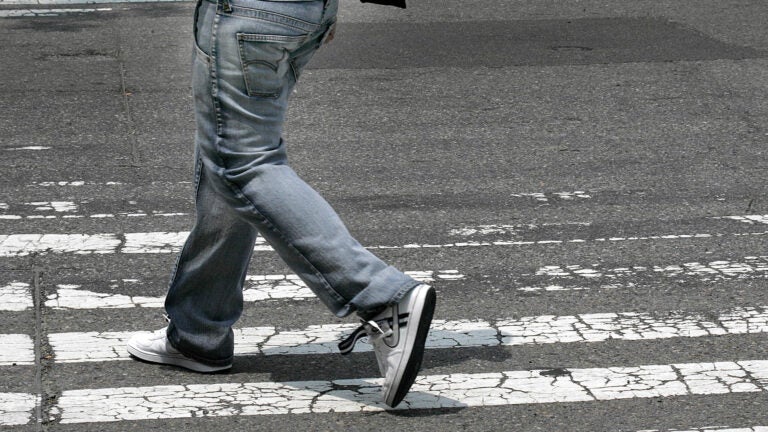 $500,000 in grants will help fund pedestrian and bicycle safety upgrades in Mass.