It’s been more than two months since officials in Maine last made additions to the short list of states exempt from their out-of-state travel rules.

During a press conference Wednesday afternoon, Baker said that the rate of new daily infections and positive COVID-19 tests in Massachusetts — both among the lowest in the country — should make the state a “perfectly appropriate candidate to get off the no-fly zone in Maine.”

“But for whatever reason, it’s not gonna happen,” he said.

At least for now, the governor is right.

Maine officials say they have no immediate plans to make additional changes to the order by Gov. Janet Mills requiring most out-of-state visitors to either quarantine for 14 days or provide proof of a negative COVID-19 test upon visiting.

Similar to rules for out-of-state visitors in Massachusetts, the Maine travel order comes with the threat of a hefty fine for violators.

However, Maine has also set a high bar for exemptions, which only go to states where “residents are generally as safe as those in Maine.” And even now, the Mills administration says that Connecticut, New Jersey, New Hampshire, New York, and Vermont are the only states that have met that standard.

Dr. Nirav Shah, the director of Maine’s Maine Center for Disease Control and Prevention, said Tuesday that state health officials reviewed coronavirus data “late last week” and “didn’t see anything” that prompted them to move Massachusetts or any other state to the exemption list.

Based on public health data, Shah said the positive test rate in Massachusetts as of last Friday was 1.8 percent. And while that is well below the 5 percent threshold that Massachusetts uses as a standard to provide exemptions to its own quarantine order, it is not as low as Maine’s 0.5 percent positivity rate, which is second only to Vermont.

Additionally, Shah pointed out that the raw number of new cases in Massachusetts as of last Friday, adjusted for population, was 769 per 1 million residents — more than triple the 248 cases-per-million rate in Maine. Rhode Island (the lone New England state subject to the quarantines rules in Massachusetts) similarly was not meeting those standards, he said.

“As to Rhode Island and Massachusetts, we’re not there yet,” Shah told reporters during the virtual press conference.

Public coronavirus tracking data would suggest that Connecticut, New Hampshire, New Jersey, and New York aren’t there yet either. All four of those states have higher positivity and cases-per-capita rates than Maine

However, according to the Mill administration, those aren’t the only factors that are being taken into account; state health officials have said the exemptions are based on “several data measurements” and the “totality of evidence, rather than any single metric.”

“Maine will continue to evaluate potential changes based on a comprehensive analysis of public health information,” Jackie Farwell, a spokeswoman for the state’s Department of Health and Human Services, told Boston.com in an email Wednesday.

“As we’ve noted previously, Massachusetts residents are not prohibited from traveling to Maine, and Maine wants to welcome them, which is why we provide the testing alternative to the quarantine requirement,” Farwell added.

The Mills administration has faced pressure from local Republicans and some business owners, who pushed for a relaxation of the rules in July as part of a purported effort to salvage the state’s tourism season. However, the Democratic governor held firm. In a statement at the time, Mills said that “economists, public health experts, and many business owners have told me that the best thing we can do for our economic health is to ensure that we protect public health.”

“For the life of me, I cannot understand why Republicans care more about Massachusetts money than the life of a Maine person,” Mills said. 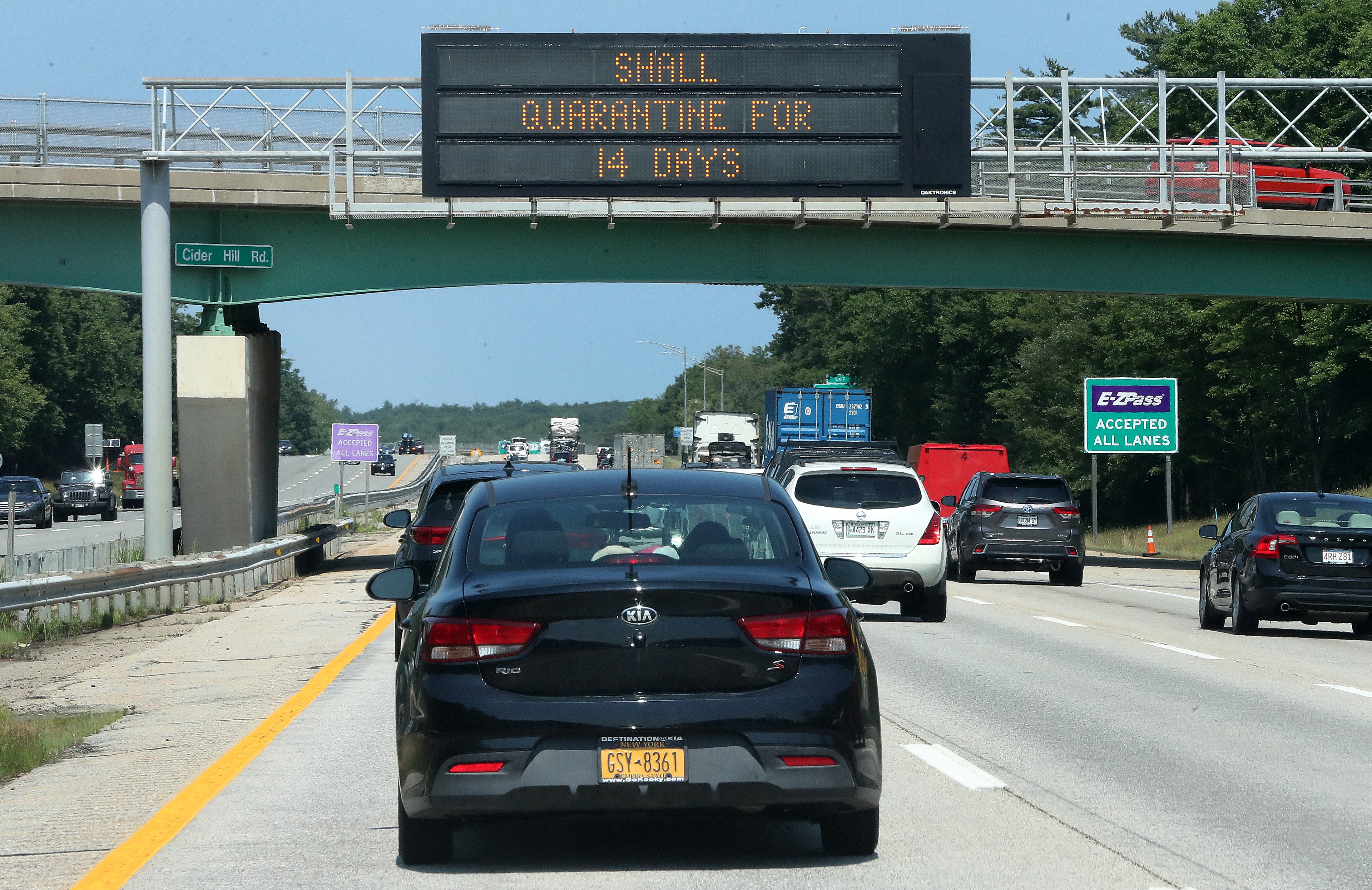