UPDATE: Seven coronavirus deaths have now been linked to the August wedding in Millinocket, Maine.

A fifth, coronavirus-related death has been linked to a wedding in rural Maine held early last month, health officials say.

A fourth resident at the Maplecrest Rehabilitation Center in Madison has died from the virus — the fifth person connected to the outbreak spurred by the wedding, held near Millinocket, Maine on Aug. 7, who has passed away, NBC 10 Boston reports.

The death was announced by the Maine Center for Disease Control and Prevention Monday, which says the total number of cases brought on by the event now stands at 176.

“In a small community like Madison, to know that you have loved ones who either live or work at Maplecrest, it does cause you to be worried for those people,” Steve Austin, who manages a Facebook page that connects people in the area with different types of help during the pandemic, told the news station.

Austin is planning a car parade that will drive near Maplecrest on Friday to show people people there “they’re not alone… they’re not just being left there by themselves with no support,” he said.

The wedding, held at the Tri-Town Baptist Church in East Millinocket and at the Big Moose Inn on Millinocket Lake, is the source of the state’s largest outbreak of the pandemic so far.

Sixty two people attended the wedding reception at the inn, bringing the total number of people at the facility that day to between 104 and 109 — significantly higher than the 80-person limit set under a state license, officials have said.

Aside from Maplecrest Rehabilitation Center, cases linked to the wedding have also been found at York County Jail in Alfred, where at least 70 coronavirus cases have been recorded, according to the Maine CDC.

The wedding was officiated by pastor Todd Bell of Calvary Baptist Church in Sanford. The Maine CDC is currently investigating to determine if an outbreak at the church is connected to the wedding outbreak.

Bell has been critical of government attempts to control coronavirus, and videos show he has held services without the use of social distancing. He hired a lawyer known nationally for defending the religious rights of churches. Neither Bell nor Gibbs responded to a request Tuesday for comment from the Associated Press.

Material from The Associated Press was used in this report. 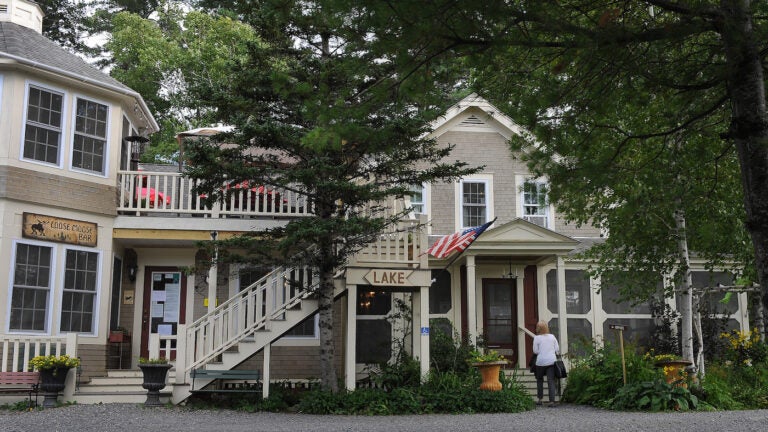