An entire dorm at Merrimack College in North Andover is under quarantine after 17 residents have tested positive over the last week, college authorities said.

The decision to quarantine Monican Hall came after five positive tests came back on Tuesday morning, and another 11 came in by 5 p.m. in addition to one reported last week, according to a letter to the college community. The quarantine began at 7 p.m. that night.

“The College considers the number of positive cases in Monican Hall concerning, and is moving aggressively through its protocols of contact tracing, isolation and quarantining to minimize the effect on the campus and community,” the letter said. “We remind everyone we have built a very impressive surveillance testing system, and it is detecting exactly what it is designed to detect.”

Merrimack’s announcement comes as other colleges and universities contend with the ongoing pandemic, and issues containing it among students.

A total of 22 Middlebury College students were “barred from campus” because they violated COVID-19 protocols at the Middlebury, Vermont college over the weekend, a letter to the campus community on Monday said. At Northeastern University, 11 freshmen were dismissed earlier this month due to breaking COVID-19 rules.

A concerning uptick in cases at Boston College, meanwhile, led to the state stepping in to take over contact tracing efforts at the school, which straddles three communities.

At Merrimack, over 250 of the Monican’s 266 residents are quarantining or isolating off campus, according to the letter. Those who remain on campus are doing so within a designated space on campus while the dorm is “professionally cleaned and disinfected.”

“We prepared for this, and we will do everything possible to stop the spread and minimize any impact,” the letter said. “We do expect more positives as a result of our aggressive testing of Monican students and will follow our protocols if that happens.”

Along with the 17 cases at Monican, there were three other cases within the past week, but those were members of the community not residing on campus – one staffer and two commuter students, according to the college. From Sept. 15 through Sept. 21, the college tested 4,540 students, staff and faculty members, resulting in a negative rate of 99.56 percent.

“We all understand that moments like this can be stressful for some of us,” the letter said. “We remind our community to be patient and comforting to one another as well as vigilant in keeping each other safe.”

For Middlebury, 27 students total have been forced to leave campus due to breaking COVID-19 protocols, and 44 have faced disciplinary action. Of the 6,370 tests conducted there, just two were positive.

Portions of an Associated Press report were used in this article. 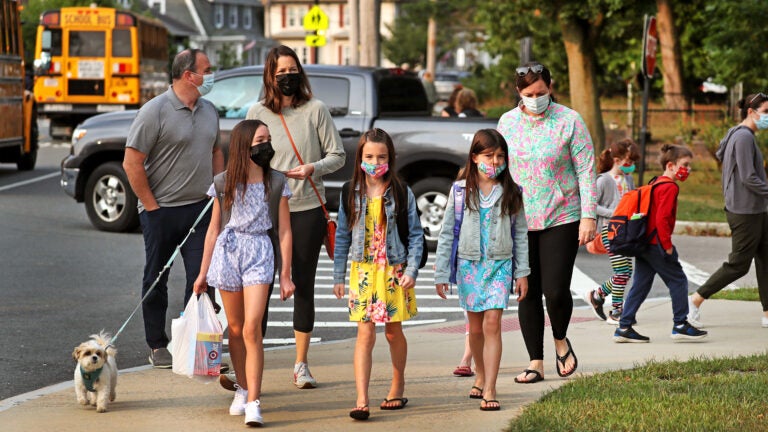