Fourteen additional people have contracted the coronavirus in connection to an outbreak at Brigham and Women’s Hospital as the cluster’s total number of cases at the Boston medical facility grew to 42 Monday.

“All current inpatients are being tested for COVID-19, and this will be repeated every three days,” the statement says. “This is in addition to the current hospital policy which requires testing for all patients upon admission and daily screening for symptoms.”

The number of cases resulting from the outbreak has continued to tick upward since the hospital’s Infection Control Team discovered the cluster within two inpatient units at Braunwald Tower on Sept. 22.

The team believes the cluster has been contained at those two units, and the hospital has maintained that other areas of its facilities have not been affected.

“In addition to testing all inpatients every three days, the impacted areas have been thoroughly cleaned, and we are offering free, voluntary COVID-19 testing for employees who have been working on the main campus since Sept. 14,” the hospital said Monday. “As of today, we have tested 4,365 employees. Of these, 2,589 results have been returned, of which 7 were positive. Two of these seven are employees associated with the known cluster; the other cases have not been connected to the cluster at this time.”

Officials said those numbers reflect an “overall prevalence rate of 0.3 percent,” which is less than the local COVID-19 positivity rate among asymptomatic people outside the hospital.

“We expect that as we continue to test very broadly, and COVID-19 continues to actively circulate in the community, we will always identify a handful of positive employees,” the statement says.

The hospital said last week the Infection Control team was unable to pinpoint the exact source of the cluster, but highlighted possible “contributing factors,” including lack of patient mask wearing during many clinical care interactions with staff and medical providers who were “inconsistent in their use of eye protection” while working with patients, among others. 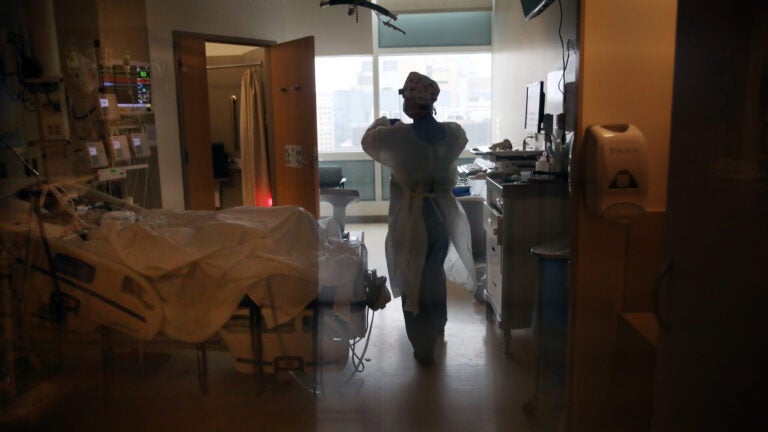