It had already been a hard year for kids.

They lost time with friends and teachers at school, their summer vacations and their everyday routines to the coronavirus. With the arrival of fall, and cases rising fast among children, another scary specter raised its ugly head: Would they also have to give up Halloween?

The answer is a resounding “no,” according to experts, but parents and children should know that this year will look different from previous ones.

You do have to take precautions.

First, you should be aware that the Centers for Disease Control and Prevention warned in guidelines updated last month that traditional trick-or-treating would be higher risk than other ways of celebrating the holiday.

The guidelines were somewhat unexpected, given that epidemiologists and other scientists generally consider it safe to gather outdoors with face coverings.

“Beyond doubt, this Halloween will be different than years past,” said Christopher Gindlesperger, senior vice president for public affairs and communications for the National Confectioners Association, a trade group for candy-makers. “But innovative approaches endorsed by the CDC like outdoor, one-way trick-or-treating can bring some fun to the month of October.”

What’s Safe to Do?

That’s right — “the month of October.” Over the years, Halloween has grown from a night of spooky fun for children on Oct. 31 into a billion-dollar industry with weeks of celebrations, parties and parades enjoyed by people of all ages. Canceling it altogether might cause major economic disruption in a year that has had more than enough trauma from COVID-19.

For weeks, cities, towns, retailers and confectioners across the country have braced for more subdued celebrations — if they happen at all.

For the spookiest day of the year, the CDC listed activities in three categories: higher risk, moderate risk and lower risk. Pumpkin carving with members of the same household and virtual costume contests were classified as lower risk, while trick-or-treating door to door and attending a crowded indoor haunted house were listed as higher risk.

On the list of moderate risks was “trick-or-treating where individually wrapped goody bags are lined up for families to grab and go while continuing to social distance.”

Dr. Tista Ghosh, an epidemiologist and senior medical director at Grand Rounds, a digital health care company in San Francisco, said she was not surprised to see the CDC take what she called a “middle of the road” approach for the guidelines, which appear to balance science with personal freedom.

Ghosh, the former chief medical officer for the state of Colorado, said the concern with trick-or-treating stemmed from its inherent face-to-face interaction. The risk is highest for adults who are around children and may have underlying medical conditions. But, she said, “there are ways to participate in Halloween that could minimize risks.”

Gindlesperger, who recently welcomed a baby, said he and his family love Halloween, and they treat it more like a season than a one-night event. This year, they’ll be safely celebrating by “decorating the house, working on our coordinated family costumes, streaming ‘It’s the Great Pumpkin, Charlie Brown,’ carving pumpkins” and hanging out with neighbors at a safe social distance.

According to Ghosh, some strategies for safer trick-or-treating include leaving baskets of candy outside your home; having kids wear gloves and carry hand sanitizer; and keeping parties and other gatherings outdoors and socially distanced. You could set out pool noodles or other markers so children have visual markers for the prescribed 6 feet of distance, she suggested.

And while you don’t need to sanitize each and every candy wrapper, you should make sure your hands are clean before eating any sweets, Ghosh said.

What if you don’t have a porch, patio or front yard where you can leave treats?

Ghosh recommended using a balcony if you have one, or consider investing in a heat lamp or heat structure “that can help use outdoor space more” if you have visitors.

At the very least, she stressed the importance of ventilation — opening windows and doors — if you do have people visit inside your home.

Dr. Robert Glatter, an emergency physician at Lenox Hill Hospital in New York City, said a small group — 10 or fewer people — could have a costume show or other outdoor gathering with masks and social distancing of at least 6 feet. “The key is to make it a brief get-together, which further reduces risk,” he said. “It’s the time spent together that increases risk of transmission.”

Officials looking to prevent a public health disaster are asking that people beware of indoor activities and large groups of people as fall holidays, including Halloween, get underway.

Crowded indoor parties and haunted houses “where people may be crowded together and screaming” are on the higher-risk end of the spectrum alongside traditional trick-or-treating, according to the CDC.

Glatter agreed with that advice and took it a step further: He recommended against attending Halloween parties outside your community.

“Even though a mask and distancing mitigate risk, such events can generate superspreaders, placing even more people and families with older persons at risk,” he said.

Both the CDC and Glatter consider drinking alcohol a higher-risk activity, as it can cloud your judgment and “increase risky behaviors.”

Beware of parades, if there are any

Several traditional Halloween parades, which invite crowds of spectators to huddle on sidewalks, have already been canceled or moved online, just as cities canceled parades for St. Patrick’s Day in March and for Pride in June.

This year would have been the 47th annual Village Halloween Parade in New York City, but organizers scrapped the famed event, saying it was “because we love you all too much to endanger you, and we care about your health and well-being.”

Parades were also canceled in many other places, including several towns and cities in Pennsylvania, where the tradition is robust. Bethlehem will be hosting its first virtual parade.

Portsmouth, New Hampshire, called off its parade after having considered “all options, including a reverse parade, alternate locations, a rolling parade, route changes” and concluding “there is simply no way to keep both the spirit of the parade and participants/spectators safe during the COVID-19 pandemic.”

‘Normalcy’ during a not-so-normal time

It’s important to remember that these spooky festivities mean a lot to kids, Ghosh said.

“I think completely taking away Halloween could be detrimental to some of the mental health issues that kids are facing right now,” Ghosh said. She added that she always cautions people to “balance the risk of whatever activity they’re doing with mental health risks as well and look for ways to minimize risk rather than reduce risk to zero because that’s just not possible.”

In September, the Halloween and Costume Association announced new tools to help people make decisions for the holiday, including a color-coded risk-level map that was provided by the Harvard Global Health Institute.

A parent with two children herself, Ghosh said her family was planning to wear gloves and costumes (which are crucial to the holiday experience) and were going to homes “that I know the owners of, where they will be placing candy outside.”

A Zoom Halloween party may also be in the works, and for her oldest, a 13-year-old, a possible backyard movie night — with everyone bringing their own food and chairs for socially distant seating.

“Holidays help us maintain our sense of rituals and ‘normalcy’ during a not-so-normal time,” Glatter said. “Whatever we can do to keep holiday celebrations and traditions at least partially intact — while remaining safe — serves as a guidepost or compass during these turbulent times.” 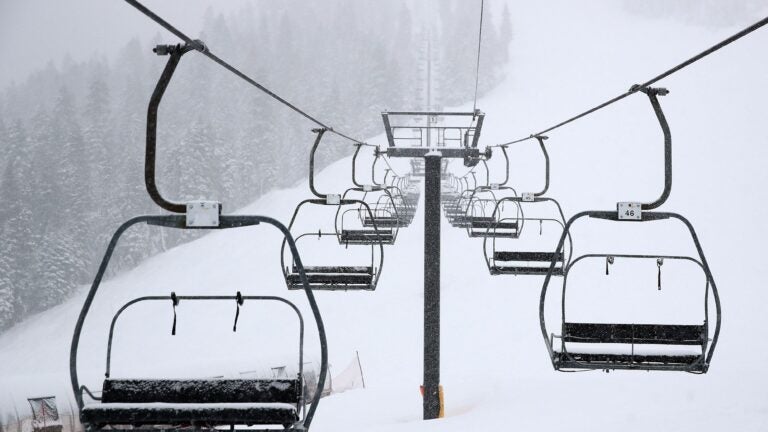 Here’s how climate change and COVID are transforming skiing