It’s only been a few weeks since Beth Humberd’s son started third grade, and already, she’s concerned by the impact of the remote learning on his development and engagement with his education.

After just a week of the hybrid instruction, which splits his week into two in-person days and three remote in Andover Public Schools, she told Boston.com she could see her 9-year-old, usually a good student who likes school, growing apathetic about learning. And during the course of her interview with Boston.com, Humberd’s third grader, who was home on a remote learning day, approached her several times, interrupting her call because he was upset or confused about how his lesson was progressing.

“What I keep saying is there’s a host of unintended consequences that, back in June when we were talking about this, we were on the cusp and now they’re happening,” Humberd said of the impacts of remote learning on kids during the COVID-19 pandemic. “How much data do we need to reassess when this is OK for in-person learning?”

Humberd is one of the many parents across Massachusetts advocating for a return to full-time, in-person learning, raising concerns through the parent group Bring Kids Back MA about a growing achievement gap as remote learning continues.

The Andover mother of two said part of why she got involved with the group is because she believes in the importance of public education, being a product of the institution herself. But because of her district’s plans for instruction during COVID-19, she and her husband made the decision to pull out their younger child, set to start kindergarten, and enrolled him in a private, nature-based kindergarten in town.

“It just doesn’t make any sense to me to have a 5-year-old start their educational career in this environment — primarily the remote part,” she said. “I just think at that age, it would cause more detriment than not to try to have him learning through a screen for three days [a week].”

According to Humberd, about 50 percent of kindergarteners unenrolled from her district, with parents instead opting for paid, full-day, in-person options offered in Andover and the neighboring towns. Some, like Humberd, are also paying to send their children to supervised spaces outside their homes that are set up for remote learning on those virtual instruction days.

The situation right now for in-person learning in the state is “pay-to-play,” she said.

“If you have money, your kids can get full, in-person learning right now,” Humberd said. “And I am fortunate that we are able to do that for my son. But part of what I am advocating for here is not only my own children, but those kids who can’t do that.”

She and other concerned parents who want a return to full-time learning connected in June to form Bring Kids Back MA. Since then, they’ve been sending letters pressing their case and organizing action days around the state.

In a letter blast sent in early September to state leaders, school committees, and district leaders across the state, the group urged the prioritization of full-time, in-person learning “now and for as long as community-level data shows it can be done safely.”

The group argues that the academic, social, and emotional wellbeing of students “hinges” on officials immediately adopting a “a data‐driven approach designed to safely get children back in the classroom.”

“The well‐being of children across the Commonwealth is at risk,” the group wrote. “Hybrid and remote learning models will not provide the quality of education our children need. Our communities will trade one set of health concerns for a greater set of physical and mental health issues, perpetuated by increased screen time, inconsistent educational development, disrupted routines and lack of in-person interaction with peers and educators. The achievement gaps between our students, other states, and those who cannot afford private school will increase even further.”

Humberd said her concern is that officials are trading a “laser focus” on the virus, which she agreed needs to be managed, for a host of other risks to children, including damage to social-emotional and academic growth.

“I’m concerned about those corollary impacts and risks to children’s development,” Humberd said. “I can share personally that my younger child is really struggling and we had to enroll him into some private therapy just because of a lack of routine and lack of being able to be in the social environment he needs. And again, we’re fortunate. I have the resources to figure that out.”

Not everyone has that luxury, she said.

That’s why she and Bring Kids Back MA are advocating for certain districts — ones where the positive test rate is low and they meet the thresholds of public health experts for in-person learning — to return to full-time instruction with measures to prevent spread of the virus.

“We’ve got to meet the context where it’s at,” she said. “And if we sit here and keep saying we’re not going to open schools for in-person learning until everything is perfect in the public education system, it will collapse.”

The Andover parent stressed that she understands not everyone is comfortable with returning to in-person and that her goal isn’t to take away options from families who want to stay fully remote.

“They should have that option,” Humberd said. “Because I understand different people are assessing the risk of this situation differently based on their personal situation. What we’re asking is great, they have their option for remote. Why do those of us that believe for our children, and for families in general, that they need more in person learning, do we not have that option?”

She also clarified that the message isn’t that “tomorrow” everyone should head back into school buildings five days a week with no safety adjustments. Rather, given the state’s low positive test rate, there needs to be more planning for jumpstarting in-person learning more quickly with proper safety measures, particularly for elementary age kids

“I believe this is a real virus and I believe there are things we need to do to manage it — but the risk to me and my children is extremely low,” she said. “I do believe that it’s prudent right now to have some safety measures in place — I’m not saying let’s just throw everybody back in a building and do business as usual. But I personally, and the vast majority of us in Bring Kids Back MA that are advocating for a data-driven approach to this, do not have concerns that there’s going to be some major adverse outcome to the majority of children or educators that go back.”

On Friday, the state issued the first of what it said would be weekly summaries on COVID-19 cases among students and staff at districts across Massachusetts, based on cases reported by schools to the Department of Elementary and Secondary Education. Between Sept. 24 and Sept. 30, 63 students and 34 staff members at districts across the state tested positive for coronavirus.

The new data followed days after the American Academy of Pediatrics reported that children of all ages now make up 10 percent of all U.S COVID-19 cases, up from 2 percent in April and after the Centers for Disease Control and Prevention announced that the incidences of COVID-19 in school-age children had begun rising nationally in early September as students returned to their classrooms.

Humberd said she remains focused on the data in Massachusetts, stressing that the threshold and benchmarks used related to reopening schools in the state are more conservative than those being used elsewhere in the country. The positive test rate in Massachusetts has remained below 1 percent for weeks, far below the thresholds set by the CDC and the 5 percent established by the World Health Organization, she pointed out.

Gov. Charlie Baker and state officials have been pushing districts in communities with low levels of COVID-19 that implemented all-remote learning models to implement more in-person learning. Officials have said that only districts in communities that have been designated as “high risk,” or red on the state’s color-coded COVID-19 risk map for several weeks in a row, need to be fully remote. It’s a position that has seen significant pushback from teachers unions across the state.

Humberd believes the biggest challenge for returning students to classrooms for in-person learning has less to do with addressing safety concerns and more to do with the “vastly conflicting political interests among unions and working parents and governmental leaders.”

“There’s a vast array of complex and age-old political interests that are going to need to be managed in order for this to happen,” she said. “And that’s why as parents, our goal has been focused on the children. We’ve got broader things to fix, but these children need this right now, and the detriments to their social-emotional, educational health are starting to be seen. And if we can collectively focus on that, maybe we can find a way to do this safely. And by safely I mean including the risk of the virus, but also the risk to all these other things for these children.”

Six months into the crisis, she said she still thinks there is time to correct and heal the developmental impacts remote learning has had on kids while balancing public health concerns.

But the longer it takes to get kids back into classrooms, the less and less possible it feels those impacts can be addressed, Humberd said.

“I just don’t understand why, if the data supports it, we can’t offer families remote-only if they don’t feel safe and full, in-person learning, given that safety measures can be implemented,” she said. 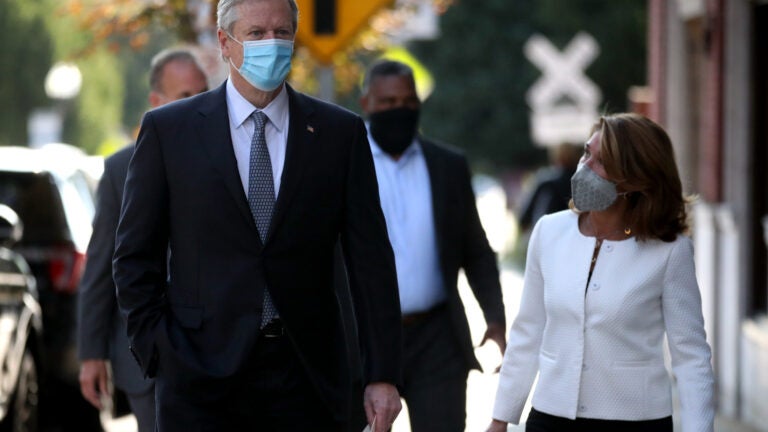