WASHINGTON – In a pair of letters to U.S. Attorney General William Barr and Bureau of Prisons Director Michael Carvajal, Sen. Elizabeth Warren joined with Democratic senator Richard Durbin, D-Ill., to suggest that the government’s response to coronavirus outbreaks in federal facilities is failing, and question the BOP’s reliance on solitary confinement to isolate sick prisoners rather than granting compassionate release.

Federal prisoners, corrections staff, government inspectors and civil rights advocates have complained for months that the BOP’s strategies, when useful, are inconsistently applied. The overall inadequate response is leaving a vulnerable population at risk of infection and creating major vectors for transmission more than seven months into the pandemic. Since the start of the outbreak, more than 17,000 federal prisoners and staffers have tested positive and more than 130 have died.

“This is mounting evidence that efforts to contain the virus within BOP facilities are failing,” Warren and Durbin wrote to Barr and Carvajal in one of the Oct. 2 letters, which were viewed by The Washington Post.

The letters capture Democratic lawmakers’ mounting frustrations with Barr and Carvajal, who, since March, have reportedly ignored lawmakers’ concerns, like the ones raised in the October letter.

Though incarceration rates have slowed in recent years, prison overcrowding remains an issue in the federal system. The combination of overcrowding, chronic staffing shortages and aging facilities makes prison facilities particularly ill-equipped to adapt to social distancing, ventilation, sanitation and other health guidelines that the Centers for Disease Control and Prevention has issued to mitigate the spread of the coronavirus, according to prisoners, staffers and inmate advocates.

The Post previously reported that prison staff have raised concerns about a lack of personal protective equipment and unsafe workplace conditions — issues that have prompted federal employees to sue the government. According to reports by the Department of Justice Office of the Inspector General on federal corrections facilities nationwide, persistent staffing shortage have triggered regular lockdowns during the pandemic in which prisoners aren’t allowed out of their cells, are often unable to shower and face more restrictions than if they were in solitary confinement.

“We’ve officially been on a quarantine lockdown since April 1 and haven’t been outdoors despite CDC’s recommendation to get as much fresh air as possible,” a prisoner at the Federal Correctional Complex Coleman facility in central Florida told The Post in an Oct. 2 message. “The windows don’t open and there’s no ventilation to filter in fresh air.”

The prisoner described those in his unit as mostly middle-aged men who have underlying or preexisting conditions that would make them eligible for relief under the order that Barr signed in March that would allow more prisoners to finish their sentences at home to ease their social distancing and health-care challenges.

Within weeks of the statement, the Department of Justice repeatedly changed the eligibility criteria.

Durbin and Warren wrote that despite Barr’s direction, the BOP has transferred only “about 4 percent of the prison population to home confinement.”

A July Office of the Inspector General report on the Lompoc federal facility in Southern California noted that using solitary confinement as an isolation strategy could backfire on the BOP by making prisoners more reluctant to report symptoms or seek treatment.

“You have the discretion to significantly reduce the risk the pandemic poses to BOP staff, inmates, and the surrounding communities, by reducing prison populations,” the senators wrote. “Every day that you fail to do so, more people are at risk.”

The senators have requested a response from Barr and Carvajal by Oct. 16. 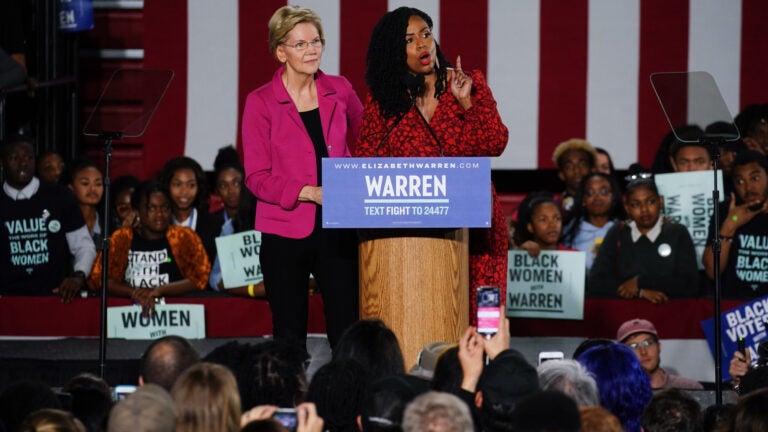