The United States has grappled with over 220,000 recorded coronavirus deaths this year, but the actual impact of the pandemic is closer to 300,000 deaths, according to a report from the Centers for Disease Control and Prevention released Tuesday.

The CDC measured excess deaths—that is, the number of deaths above average in a particular period. The report found that the U.S. had just over 299,000 excess deaths between January 26 and October 3, and that figure has surely grown in the last few weeks.

The number of excess deaths can measure the full impact of the pandemic, as it can account for people who died from the disease but were undiagnosed. It also includes deaths that were not directly related to the virus but still caused by the pandemic, such as those by patients who could not or refused to receive care in crowded hospitals.

The report found that two-thirds of excess deaths were directly caused by COVID-19.

The United States has eclipsed the number of expected deaths every week since March 28. In Massachusetts, however, deaths have been below average since mid-June after a stark spike during the spring.

Though the elderly are much more likely to die from the virus, the report found that a younger cohort has dealt with the highest percentage change in deaths. The number of deaths of adults between 25 and 44 is 25% higher than average this year.

Hispanic and Latino people have been hit particularly hard, with nearly 54% more deaths than expected. For non-Hispanic white people, that figure is only around 12%. The figure is around 35% above average for both Black and Asian populations.

Dr. Ashish Jha, the dean of the Brown University School of Public Health, said that the CDC report is the best estimate so far of the true toll of the pandemic. He appeared on Good Morning America Wednesday.

“There were excess deaths across every racial group but particularly…among Latinos and African Americans and then particularly among young people. This is not a disease that spares anybody.”

He said he was frustrated over the disproportionate impact of the pandemic on racial minorities and young people.

“This is not a disease that spares anybody, and there has been this kind of drumbeat of, ‘Oh, it’s only the elderly,'” Jha said. “First of all, that would be bad enough, but second, it’s all of us.” 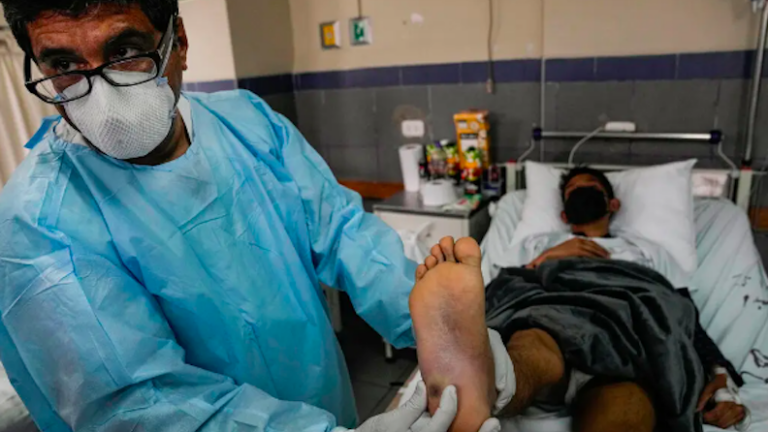 Monkeypox shots, treatments, and tests are unavailable in much of the world