“The outlook sucks. It really sucks,” Mina, an assistant professor of epidemiology at Harvard University, told reporters during a press call Friday, expressing frustration about the lack of a coordinated national strategy to address once-again rising COVID-19 infections and hospitalizations due to the virus.

As The Washington Post reported Friday, at least 38 states have seen increases this week in hospitalizations due to COVID-19, which is a trend that can’t be explained by increased testing. Fourteen of those states also reported the highest number of hospitalizations that they have seen since the beginning of the pandemic. Seven others also are nearing their peak, according to The New York Times.

A “silver lining,” according to Mina, is that the percentage of COVID-19 cases that result in death has declined since the beginning of the pandemic (experts attribute the trend to a variety of reasons, including doctors becoming more familiar with how to treat the disease and infected patients getting a lesser dose of virus particles due to face coverings and social distancing).

However, the COVID-19 death rate remains higher than other diseases like the flu. And according to Mina, increasing infections and hospitalizations still “certainly” translate to an increased raw number of deaths, even if the fatality rate is lower than before (he also dismissed the so-called herd immunity strategy, noting that it would result in hundreds of thousands of preventable deaths affecting people who, even if older, would otherwise have decades left to live).

Researchers have long noted that COVID-19 death trends naturally lag infection trends. Now, with infection rates increasing among young people who are less likely to die from the disease, Mina says the country may be seeing “two levels of removal.” Even if it takes longer to notice in the data, a recent study by the Centers for Disease Control and Prevention found that young people still pass on the disease to people who are older and more susceptible to complications to COVID-19.

“Eventually it catches up,” Mina said. “All those young people ultimately transmit to older individuals. We will see hospitals fill up more and more. We already are.”

Mina also echoed concerns that surging hospitalizations may undercut the improvements made in treating the disease; as NPR reported this week, experts have linked survival rates to hospital capacity, as institutions that are stretched thin aren’t able to focus as much on each respective patient and are more likely to make mistakes.

Mina added that the trend could be particularly harmful for more rural areas, where there tends to be fewer specialized medical centers and more staff shortages. As the Times reported Friday, some Midwestern hospitals have already reached capacity, forcing them to turn away ambulances and consider transferring patients to big-city medical centers. In addition to preventing people with COVID-19 from getting treatment in the first place, crowded hospitals could also mean there’s no place for people in those areas with other life-threatening morbidities, like cancer, to safely be treated, Mina said.

“Some pretty limited outbreaks can potentially cause these clinics and hospitals in much of the United States to quickly become overloaded,” he said. “You can’t have a functioning society, in my opinion, if we don’t have the availability of hospital beds for people.” 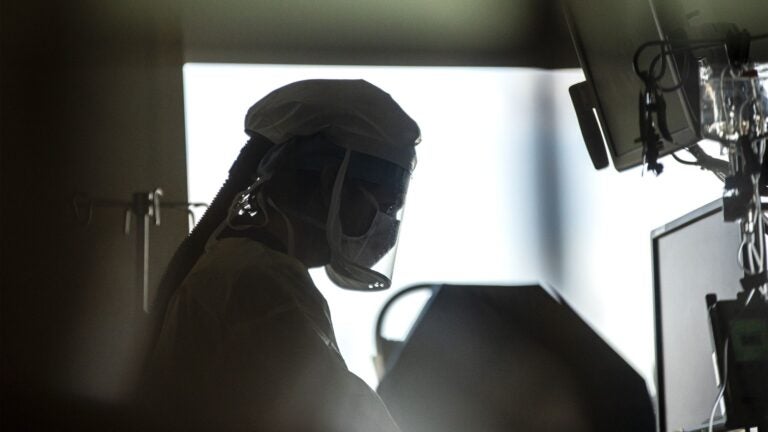