BOSTON (AP) — The recent surge in confirmed coronavirus cases in Massachusetts is being driven in large part by an increase among younger people, Gov. Charlie Baker said Tuesday.

Whereas 15% of new cases in April were among people under age 30, now 37% of the new confirmed cases are people in that age group, the Republican governor said at a news conference at which he urged people to stop partying.

“According to our most recent data, about 300 people per day under 30 have contracted COVID-19, have tested positive for it, with about 38,000 people in this age group diagnosed since March,” he said.

More than half the new cases have been traced to social gatherings and household transmission, and there have been more reports of indoor parties as the weather has turned cooler, Baker said. He reminded people that outdoor trick-or-treating on Halloween is safer than an indoor party.

“To keep case rates down, and help us not only keep people healthy, but also ensure that our hospitals continue to have the capacity they need to serve their patients, our young people need to be serious about dealing with COVID,” he said.

Baker also urged people to limit Thanksgiving gatherings to members of the same household, or if mixing households, limit the number of guests to as few as possible.

He also shed new light on the state’s decision last week to close indoor skating rinks for two weeks in response to an increase in cases linked to youth hockey games.

He blamed the closures on “irresponsible” parents and coaches who didn’t cooperate with state contact tracers, including some who refused to supply team rosters.

“Youth hockey needs to make some changes,” he said. 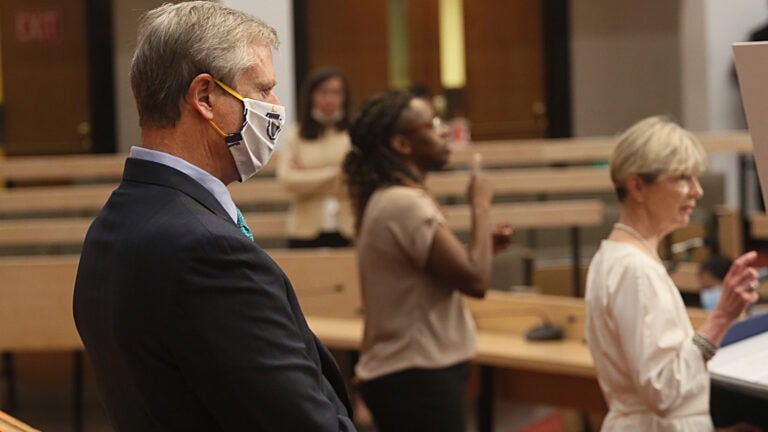 ‘There’s just no way around it’: Amid rising COVID-19 cases, Massachusetts officials say Thanksgiving must be ‘different’