Gov. Charlie Baker says “there’s just no way around it.”

“Holidays have to look and feel different this year if we’re going to keep up the fight against COVID,” Baker told reporters during a press conference Tuesday.

And he’s not just talking about Halloween.

Amid a concerning rise of COVID-19 cases in Massachusetts, which officials blame mostly on parties and other private indoor gatherings, the state’s Department of Public Health released guidance Tuesday discouraging residents from celebrating Thanksgiving as usual, such as hosting big gatherings with other households and many of the other close-contact traditions associated with the late-November holiday.

“I know that’s hard to say and, in some respects, it will be even harder to do,” Baker said. “But the science on this one’s pretty clear.”

Massachusetts has now seen five straight days of more than 1,000 new cases, and the state’s seven-day average positive test rate ticked up to 1.7 percent on Tuesday. While still relatively low on a percentage basis, Baker pointed to a “concerning” spike in cases among people under 30 years old, who he said are now responsible for 37 percent of new infections, more than twice the percentage they accounted for in April.

Baker noted that there is some “good news” in the trend, as the more vulnerable 60-and-over age group’s share of new cases has dropped from 42 percent to 18 percent. And he said the state is better prepared to combat the spread of COVID-19 ahead of the expected increase this fall and winter, as people spend more time together indoors, where the risk of transmission is higher.

Still, Baker said the increase in cases among young people has implications. According to contact tracing data, more than half of the state’s new cases are attributed to social gatherings and household transmission, he said.

Baker has repeatedly stressed that Halloween parties with members of different households are a “bad idea” this year due to the risk of spreading COVID-19. And with Thanksgiving, a holiday traditionally celebrated with multiple generations of family and friends, that risk may only be higher.

“Gathering in groups indoors for an extended period of time with family and friends is likely the worst possible scenario for spreading the virus,” Baker said, adding that the safest way of celebrating the holiday is to limit Thanksgiving gatherings to only members of the same household.

“This is the best way to avoid bringing this terrible virus to your parents, your grandparents, or other loved ones,” he said.

The state guidelines suggest hosting a virtual holiday dinner with extended family or friends, especially if they are at higher risk for illness from COVID-19. Compared to his Thanksgiving dinner last year with roughly 18 people crowded around a table, Baker said this year’s gathering would be limited to “immediate family.”

“That’s it,” Baker said, noting that the dinner would not include his 92-year-old dad.

However, officials conceded that not all residents would heed that suggestion. For people who do choose to plan inter-household Thanksgiving gatherings, the guidelines limit groups as much as possible. Even private gatherings remain subject the Baker’s gathering size limits, which cap indoor groups to 25 and require face covering when more than 10 people from separate households are present.

“Understand what your guests do to keep themselves safe before you invite them,” Health and Human Services Secretary Marylou Sudders said. “Define your bubble. This scenario is certainly considered high risk for transmitting COVID as Thanksgiving requires people to gather indoors to eat, drink, and socialize over an extended period of time.”

The guidelines specifically discourage handshakes and hugging, as well as singing, dancing, and shouting (so maybe keep the political debates to a minimum as well).

Sudders said people could consider shortening the lengths of their visits, open windows to increase ventilation, and wear a mask at all times when not eating or drinking. She also discouraged the sharing of plates or utensils. The guidelines say hosts should encourage guests to bring their own food and drink or designate a single person to serve the food, while wearing a mask, so that multiple individuals aren’t sharing serving utensils.

“The perfect way to do this is — it’ll sound a little formal perhaps — for one or two people in the kitchen with face coverings on like creating plates for people and then literally serving people at the table, so you’re not even taking bowls and plates and sharing them around,” Sudders said. “It’s almost like you know wait service a table. I guess the good news is if you’re sitting at the table, you’re going to be served.”

Similar to the state’s out-of-state travel rules, the guidelines say residents should either obtain a negative COVID-19 test or minimize their contact with other people for 14 days before and after attending a holiday gathering (though it does not go so far as to recommend a quarantine).

“If you have a loved one who’s at high risk for COVID, an underlying medical condition, it’s not a good idea to risk their health for a one-day celebration,” Sudders said. “COVID doesn’t take vacations or respect holidays. In fact, it loves to be the uninvited guest.”

The new guidelines are just that — guidelines — as opposed to rules, meaning that residents will not face fines unless they violate the general gathering limits.

Despite the recent increase in cases, Baker rejected the idea that the state would shut down businesses again like last spring, though he did acknowledge that “some” isolated infections had been linked to work.  Still, the governor stressed the importance of allowing people who were “maniacally trying to do the right thing” to return to work, which he said in part depends on whether individuals are “willing, in their downtime, to avoid the things we’ve been talking about that drive spread.”

“I do think these two big holidays are going to be really important,” Baker later added. 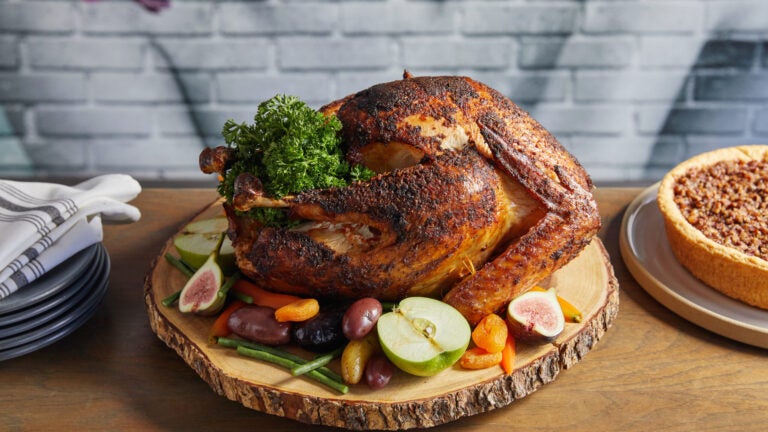 Read the full coronavirus guidelines for Thanksgiving this year in Massachusetts