The success of a second vaccine against Covid-19 means the world is a big step closer to curbing the coronavirus pandemic.

Moderna, joined by U.S. government scientists, announced Monday that their mRNA vaccine candidate was 94.5% effective in preventing Covid-19, the disease caused by the novel coronavirus, according to an interim analysis of a 30,000-patient clinical trial. The news comes exactly one week after Pfizer and BioNTech said their respective Covid-19 vaccine candidate, also created using mRNA technology, was more than 90% effective in its own 60,000-patient clinical trial.

Here’s what we know — and still need to learn — about the two most advanced Covid-19 vaccines and how they might reshape the pandemic that has killed 1.3 million people worldwide and infected at least 54.5 million.

Are the two vaccines equally effective?

It’s too early to tell for certain, but the overall efficacy of the vaccines appears to be similar, based on the data disclosed to date. This isn’t altogether surprising, since the Moderna and the Pfizer/BioNTech vaccine candidates are both based on the same kind of technology.

Based on data disclosed Monday, the Moderna vaccine appears to have been protective in important subsets of participants — the elderly and people from communities of color, the latter of which make up 37% of the volunteers in Moderna’s trial.

Moderna also released data about the number of participants who developed severe Covid-19. There were 11 cases of severe disease, all of them in the placebo group. The elderly often respond less robustly to vaccines and are more vulnerable to having severe cases of Covid-19, if infected.

The clinical trial conducted by Pfizer and BioNTech included the same subpopulations of participants, but specific results have not been disclosed.

We don’t know how effective these vaccines are in the long-term.

Some immunizations provide protection against a pathogen for decades (think the measles vaccine). It’s thought that the benefits of a Covid-19 vaccine — no matter the manufacturer — won’t last nearly as long. But researchers won’t know how long until the immunity offered by these vaccines begins to wear off. This will be something scientists keep an eye on in the months to come.

“We do not know at this point what the durability of protection will be,” Anthony Fauci, the director of the National Institute of Allergy and Infectious Diseases, said on a call with reporters Monday.

How long vaccine-derived protection lasts has implications not only for manufacturing and how frequently people might be required to get boosters, but also for the ongoing risk of transmission of SARS-CoV-2.

There are other unanswered questions about these vaccines as well. For one, the trials were designed primarily to look at the impact on symptomatic Covid-19. But experts will also want to see if the vaccine candidates can block infections entirely, or if they’re just making people less sick. Another: If people can still contract SARS-2 after getting vaccinated, are they less infectious to other people?

The safety profile of the vaccines is encouraging, so far.

So far, both vaccines appear to be generally tolerable — but by no means painless. In its announcement Monday, Moderna said it observed a few short-lived severe side effects in volunteers, including fatigue, muscle pain, and headache. None required hospitalization. For its part, Pfizer said last week that its independent data monitors reported no serious safety concerns. In an earlier update from its Phase 1 clinical trial, Pfizer’s vaccine led to mild or moderate fever and pain at the site of injection, side effects that resolved over time, the company said.

But the most important safety data won’t come until patients have been followed for months and even years. Pfizer and Moderna have promised to collect and disclose that information in time.

What does this mean for the other vaccines in development?

While both the Moderna and the Pfizer/BioNTech vaccines are based on mRNA technology, the other frontrunners — from AstraZeneca and Johnson & Johnson — use different approaches. (Other companies, including Sanofi, are at work on mRNA vaccines, but their candidates are not as far along in the development process.)

But all the top candidates are targeting the virus’ spike protein, which the pathogen uses to infect cells. The results from the Pfizer and Moderna trials give hope that other vaccine candidates could be effective as well, given that they’re all going after the same bullseye.

What does this mean for mRNA?

Outside of its implications for the global pandemic, the tandem success of Moderna and Pfizer’s vaccines is a massive affirmation of the promise of mRNA, a medical technology that has advanced in fits and starts for three decades.

At the start of 2020, SARS-CoV2 was a virus that had never been studied, or even known. Less than a year later, two companies have developed what appears to be an effective vaccine for it. That suggests mRNA technology can be used to rapidly design and deploy vaccines for other pathogens. In Moderna’s case, it bodes well for in-development vaccines for Zika virus and cytomegalovirus, and it supports the company’s long-term plan to get into the business of manufacturing flu vaccines each year. For Pfizer’s partner BioNTech, which is developing vaccines for cancer, HIV, and influenza, it’s similarly encouraging.

At the same time, vaccines have always been the lowest hanging fruit in the minds of mRNA researchers. The baseline promise of mRNA is that it can compel cells in the body to manufacture a specific protein, treating or preventing disease in the process. But developing mRNA medicines has always been a delicate balance: Scientists have to administer enough of the synthetic substance to ensure protein production, but not too much so as to avoid a dangerous immune reaction.

Vaccines, which require only one or two doses of mRNA, are the most logical application of the technology. The bigger — and more lucrative — use for mRNA would be therapeutics for the scores of diseases that can be treated by making certain proteins in the body. That would require routine and lifelong administrations of mRNA, something neither Moderna nor BioNTech is yet to crack in a large clinical trial.

When can I get a vaccine?

Both Moderna and Pfizer have promised to file for emergency use authorizations in the coming weeks. If the FDA grants them, as it’s widely expected to do before the end of the year, the companies will ship doses to the federal government, which is in charge of allocating the limited supply to front-line workers and people at an elevated risk of severe Covid-19.

For everyone else, neither vaccine is likely to be available until spring at the earliest, in large part because of logistics. (By that time, Pfizer and Moderna are also likely to  have generated enough supporting data to justify full FDA approvals.) Pfizer and Moderna expect to produce just 70 million doses of their vaccines by the end of 2020, enough for only 35 million people around the globe. In 2021, the companies could have as many as 2.3 billion doses between them, but in a pandemic-ravaged world of 7.5 billion people, that’s not going to be enough to satisfy demand. Unless more Covid-19 vaccines prove to work in the coming months, the world will be rationing doses well into next year.

Further complicating matters is the issue of storage. Pfizer is capable of manufacturing more doses than Moderna, but its vaccine must be shipped and stored at ultra-cold temperatures, which could make it difficult to deploy in parts of the world that lack specialized freezers. By contrast, Moderna said its vaccine can be safely stored in a conventional refrigerator. That sets up a short-term situation in which Pfizer’s vaccine is the most bountiful but Moderna’s is the most convenient, which will require some deft maneuvering on the part of global health agencies.

Vaccines are important, but only if people get them.

Public health experts are quick to tell you: Even the world’s best vaccine won’t do much unless people are willing to get it.

This has been a particular concern with Covid-19 vaccines, as polls show that a substantial portion of Americans — whether because of how fast the process has moved or because of concerns that the vaccine review process would become politicized — said they would not get a Covid-19 vaccine when it became available. Skepticism about Covid-19 vaccines was even higher among people of color, who have experienced historic and ongoing mistreatment and discrimination in health care, and who are suffering from a disproportionate impact of the pandemic in the United States.

As vaccines start to roll out, the supply will be so limited that they’ll be used for front-line workers or people more vulnerable to Covid-19. But eventually, immunizations will be more widely available, and the majority of Americans will need to get vaccinated if the pandemic is going to draw to a close. Health authorities planning for the allocation and distribution of Covid-19 vaccines have been taking this into account as they’ve charted out their campaigns.

There’s another piece of good news in just how effective the Pfizer and Moderna vaccines appear to be. Experts believe — and polling data supports — that reluctance to get vaccinated may abate in some quarters if the vaccines work well. The public has been more or less warned these vaccines might be flu vax redux — and at least half the public doesn’t think flu vax is worth getting. A highly efficacious vaccine bodes well for uptake. 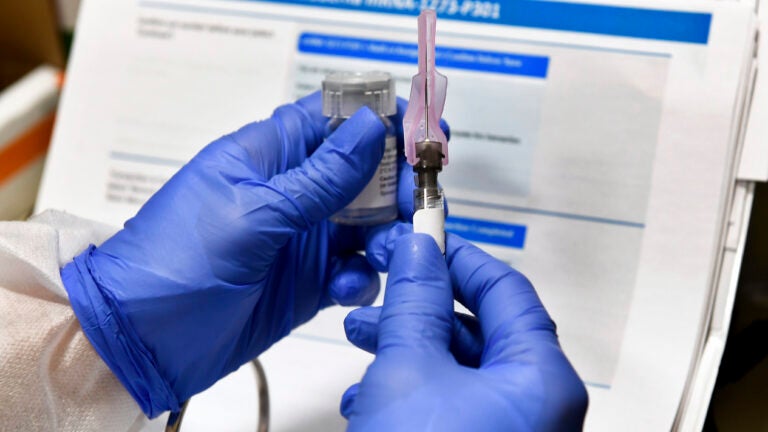 Cambridge’s Moderna says its COVID-19 vaccine appears to be 94.5% effective