Brown University School of Public Health Dean Dr. Ashish Jha is continuing to raise alarm over the toll President Donald Trump’s inaction on a cooperative presidential transition will have on lives as the country experiences a rapid COVID-19 surge.

Jha, in a tweet Sunday, wrote that while he is optimistic about the timeline of a vaccine rollout, his outlook relies on an “effective transition” from Trump’s to President-Elect Joe Biden’s administration.

The current delay as Trump continues to dispute the election’s results, Jha said, is “unconscionable” and will carry a cost “measured in lost lives [and] livelihoods” because of the subsequent impact it will have on vaccine distribution.

Am optimistic about vaccine timeline

But contingent on effective transition from Trump to Biden

Cost will be measured in lost lives, livelihoods

My piece on what model we should followhttps://t.co/rhrjziNnXa

The remarks came a day before a third pharmaceutical company, AstraZeneca, announced it had developed a vaccine that is up to 90 percent effective after Cambridge-based Moderna, Inc. and Pfizer both revealed their own vaccines proved highly effective.

But Jha, since the days after Biden clamped down the election win earlier this month, has maintained a smooth transfer from a Trump to Biden presidency will be pivotal in how the country manages a rapidly-accelerating surge this winter.

On Saturday, the nation recorded its 12 millionth case — up from the 11 million mark only days earlier.

“In the middle of a surging pandemic, to call the next three months of our government a ‘lame duck’ period is a fatal mistake,” Jha wrote in an opinion essay published Nov. 9 by NBC News. He shared the piece on social media Sunday. “The consequences of the decisions made between now and Jan. 20 — in infections, hospitalizations and deaths — will shape our nation for years to come. A peaceful, seamless, effective and urgent transition, specifically focused on stopping the spread of COVID-19, could save tens of thousands of lives.”

There is precedent for presidents — especially those of opposite parties — working together in the three-month window during times of national hardship, he noted. Jha drew on the transition between former President George W. Bush and then President-Elect Barack Obama after the 2008 election, as the country reeled from the blow of the Great Recession.

“During that time, Bush prioritized national interests over partisan scorekeeping, proactively reaching out to the Obama team to establish a council to coordinate his administration’s handoff and speed the nominations of key officials in the next administration,” Jha wrote.

The two administrations worked closely to develop the $700 billion stimulus package known as the Troubled Asset Relief Program, or TARP, with Bush even calling on Congress to release a second round of funding for the initiative at Obama’s urging days ahead of his inauguration.

While Jha noted the current presidential transition is different, the American people “should demand that both sides find a way to move forward together,” regardless of who they voted for.

Three key ways the transition can get on the right track for handling the worsening health crisis include the Trump administration granting Biden’s team access to all federal data collected concerning the virus in the past nine months, as well as “equal time to Biden to communicate with the American public about the pandemic and our national response,” Jha wrote.

“In particular, Trump should allow career scientists in the federal government and scientists advising the Biden team to take the lead in communications around infections and the public health measures needed to prevent them,” Jha wrote.

Furthermore, Jha offers that the Trump administration should seek to “collaborate and compromise” with the incoming administration, which will have to shoulder the responsibility of distributing vaccines.

“America already faces a steeply uphill battle against a pandemic that rages uncontrolled,” he wrote. “We cannot afford further self-inflicted injuries. If we lose the next three months to petty partisan bickering and stonewalling, tens of thousands of Americans will die unnecessarily. There is not a minute to lose.” 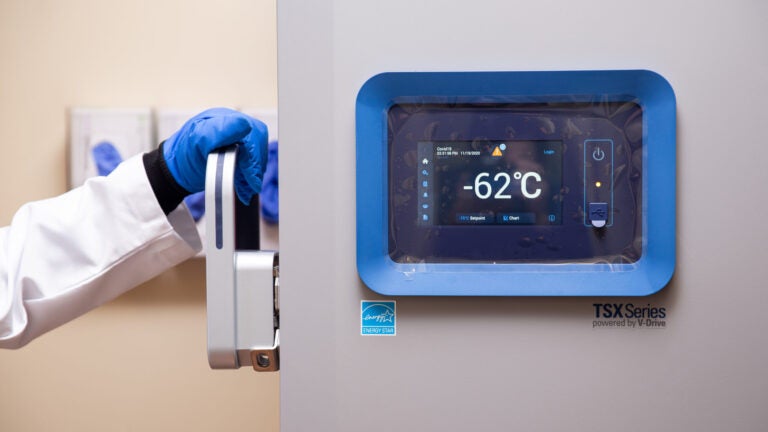 Now comes the hard part: Getting a COVID vaccine from loading dock to upper arm