As Massachusetts enters the second wave of the COVID-19 pandemic, there’s one factor that could either help or hurt the spread of cases within the next few weeks: human behavior.

The key is how humans behave during this time, according to a study published by a group of researchers at Northeastern, Harvard, Rutgers, and Northwestern universities. Human behavior is cited as both the good and bad news. While behavior has aided the second wave of the virus, changes in behavior, and potentially policy handed down by lawmakers, could stop the spread, the researchers said.

“Our data confirm a substantial relaxation of many of the behaviors that helped slow the spread of the disease in the spring,” the study says, while also noting that researchers don’t believe current restrictions will greatly stop the spread.

In taking a look at just mask wear, recent survey data collected for the state shows that Massachusetts residents have mostly adopted proper mask wearing – about 80 percent of people are “very closely following mask-wearing guidelines,” which is among the highest numbers in the country.

However, about 1 in 5 people polled for the study indicate that they “are not very closely following guidelines” for mask wear.

But wearing a mask isn’t enough to stop the second wave, according to David Lazer, a Northeastern professor and one of the study’s authors.

“The good news here is that mask wearing has increased, and is higher in Massachusetts than other states,” Lazer said in an email to Boston.com. “The bad news is that that’s not enough. Other behaviors have relaxed quite a bit, and the result (at least partially) is the current surge of case counts. This becomes a particular concern around the holidays, which may increase inter-household physical proximity.”

Over the last few weeks, Massachusetts has seen COVID-19 cases skyrocket. There were 1,785 new cases reported on Monday and 18 new deaths. Looking back to July, the state had hit a low case count of about 200 per day, the study says. That number has doubled multiple times over, from between July 1 and Oct. 1, and Oct. 1 and Nov. 1, and then exceeding 2,000 cases per day in the first 11 days of November.

“If the current growth rate persists, the case counts would exceed 10,000 per day by December,” the study says. “Such numbers will eventually result in many hospitalizations and deaths, and a general caseload that would dramatically and adversely affect healthcare across the board, as Massachusetts hospitals would be under enormous pressure.”

One of the problems is that people have become less vigilant since the spring in adhering to behaviors to help curb virus spread. The study indicates that in terms of visiting restaurants: Fewer than 5 percent of survey respondents went to one within the 24 hours prior to being polled back in April and May. In October, that number jumped to 15 percent.

People are also socializing more with people outside their households, up from 22 percent in April to 45 percent in October, the study said.

Part of this uptick is not just people themselves, but also the government’s decision to keep things like restaurants and gyms open this time when they were closed during the initial surge, according to researchers.

The study also suggests that limiting hours at places like restaurants – Gov. Charlie Baker imposed a curfew of 9:30 p.m. on restaurants for table service, as well as shuttering businesses like theaters, casinos, and gyms by this time – could have negative effects, with the idea that more people could be in these spaces during the hours they’re open.

The researchers determined instead that stricter policies or closures could be needed to make the coming months less painful.

“The effectiveness of behavior changes in crushing the curve in the spring, and the apparent importance of restaurants, gyms, and other settings that people congregate, highlights the potential for aggressive policy interventions to change our behaviors to reduce the spread,” the study said. “It is unlikely that the current measures of the Massachusetts government will substantially bend the growth curve of the disease.”

Massachusetts is, of course, not alone in its second surge. Cases have drastically increased throughout the country and in Europe, where, in some countries, lockdowns went into effect late last month.

“Massachusetts is on a similar trajectory, just lagging a few weeks,” the study said.

But regardless of whether those lockdowns are enacted here, people can change their behavior of their own free will if they’re serious about curbing the effects of virus spread, the researchers noted.

“The approaching holidays make this precisely the right time to get serious about behavior change,” the study reads. “The risk, but also the opportunity, is undeniable.” 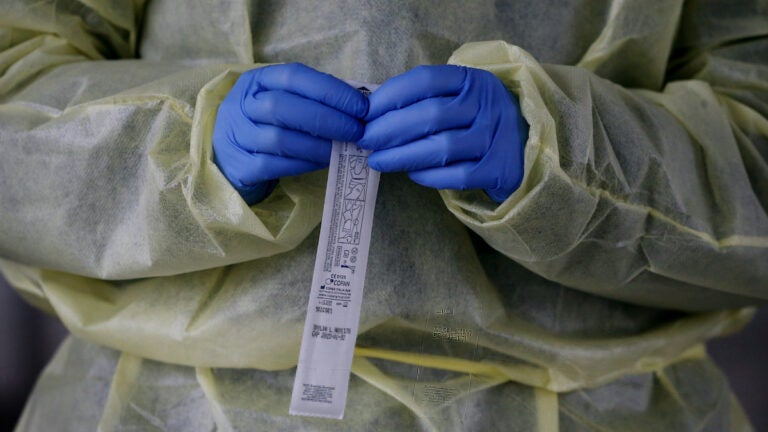