Experts say COVID-19 metrics could get weird and messy in the wake of the Thanksgiving holiday weekend, as the number of daily tests fluctuates more than usual.

But one data point that appears unambiguous is that more Americans traveled over the Thanksgiving weekend than at any other time since the onset of the pandemic. The Transportation Security Administration said Monday that it screened the most airport passengers Sunday since mid-March, surpassing the previous record during that period, which had been set on Wednesday, despite official guidance urging residents not to travel and gather with others for the holiday.

Now, with COVID-19 hospitalizations already on the rise and memories of the first surge still vivid, local health care leaders and officials are calling for those who did travel to take necessary precautions.

“Did you visit family during Thanksgiving? No problem. Just stay home,” Dr. David Rosman, the president of the Massachusetts Medical Society, tweeted Monday. “You got to see them and you get to relax at home! Do it for us.”

Massachusetts saw hospitalizations due to COVID-19 surpass 1,000 over the weekend, more than double the number at the start of the month. And according to Rosman, it will be at least two weeks before the impact from Thanksgiving is felt in emergency rooms. Dr. Anthony Fauci, director of the National Institute of Allergy and Infectious Diseases, said Sunday that the United States could see a “surge upon a surge” in two or three weeks.

In a tweet Sunday afternoon, Boston Mayor Marty Walsh asked anyone who celebrated Thanksgiving with people outside their immediate household to get a COVID-19 test “so we can make decisions based on accurate public health data.” According to The Boston Globe, some disease experts say the impact of Thanksgiving on COVID-19 number should inform how officials approach the upcoming Christmas and New Year’s Eve holidays — and whether additional restrictions are needed.

According to the COVID-19 Tracking Project, hospitalizations due to the disease in the United States have reached over 93,000, an all-time high.

Gov. Charlie Baker has stressed that COVID-19 hospitalizations in Massachusetts are still nowhere close to levels seen during the first surge in the spring, which neared 4,000, and has said that the local health care system is now generally more prepared to treat patients.

Still, it isn’t only in the Midwest where hospitals are running out of beds. Massachusetts is reestablishing a field hospital in Worcester, as leaders at nearby UMass Memorial Medical Center say they’re effectively at capacity with COVID-19 and non-COVID-19 patients. Across the border in Rhode Island, health officials sent out an alert Monday saying that the state’s hospitals are “at capacity.”

This is my state right now.

To all the people (who I don’t tag, bc they don’t deserve the notoriety) who accused me of “fear mongering” – I hope you don’t get sick, from #covid19 or anything else, because WE HAVE NOWHERE TO TREAT YOU. pic.twitter.com/l0dSN86rit

“Our health care system is literally at the breaking point right now, thanks to Covid-19,” Dr. Megan Ranney, the director of the Brown-Lifespan Center for Digital Health at Brown University, told CNN on Sunday, adding that “even a field hospital isn’t going to save you” when many hospital staff members are ill.

Others are somewhat more optimistic about the outlook this fall and winter, even if cautiously so. In a separate CNN interview, Dr. Laksman Swamy, who worked at Boston Medical Center last spring, said the first surge was “like standing on the beach and watching like a 40-foot tidal wave come at you.”

“Only after it hit you did you realize that it wasn’t 40 feet, it was 80 feet and it wasn’t the only one,” Swamy said during the segment Sunday.

While experts say a Thanksgiving induced-wave of hospitalizations could arrive just ahead of Christmas, Swamy did note that “we know a lot more now than we did” in the spring, and said he thinks “we’re going to do better than we did then.” But that doesn’t alleviate the need for individuals to continue to socially distance and wear masks in order to minimize hospitalizations in the first place.

“Once the volume of patients just hits a certain amount, there is only so much we can do,” Swamy added. “So I’m worried. I’m worried for that.” 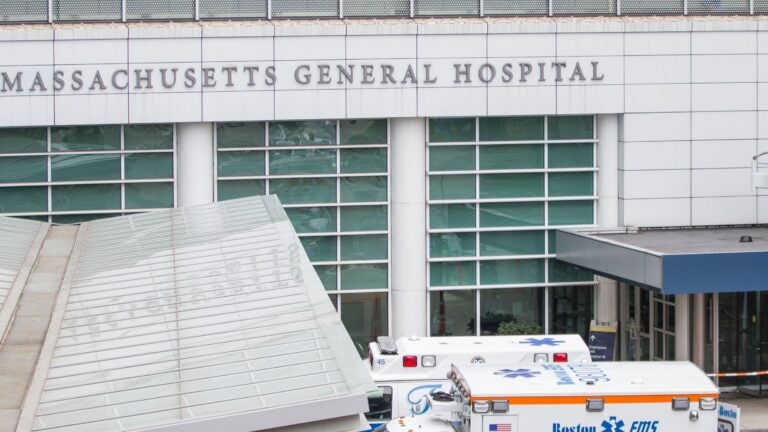