On Wednesday, the school’s communications students behind the “F*ck It Won’t Cut It” slogan presented their work to a national audience at a U.S. Centers for Disease Control and Prevention event focusing on how higher education has used social media to promote adherence to new health protocols amid the pandemic, according to The Boston Herald.

The slogan and related campaign was one of four from schools around the country chosen to present at the webinar. Other participating institutions included Xavier University of Louisiana, Georgia State University, and Pennsylvania State University, the newspaper reports.

“This is a dream for us. We would have never thought that we were noticed by the CDC as students,” Hannah Schweitzer, one of the BU students who worked on the campaign, said, according to the Herald. “This is crazy.”

The campaign first gathered attention in August when BU applied to trademark the phrase.

According to school officials, the students behind the slogan tested multiple campaign ideas, but no other resonated quite as strongly with their peers.

“This campaign was by far the most effective,” BU spokeswoman Rachel Lapal told Boston.com in an email at the time. “The students have assumed responsibility for helping to protect the health and wellbeing of the entire community, which we are very supportive of. Their work and their voices are unmistakably clear about how we all need to adapt and behave in a Covid-19 world.”

The campaign was the only one presented Wednesday that was completely devised by students, according to the Herald.

Schweitzer said the student-run approach to the campaign is instrumental to its success.

“Only 7 percent of Gen Z puts a lot of trust in people of power. They’re going to take everything coming from BU with a grain of salt,” she said.

“The solution is a campaign by students for students… students aren’t trusting the institution right now, but they’re going to take advice from their peers,” Schweitzer added. 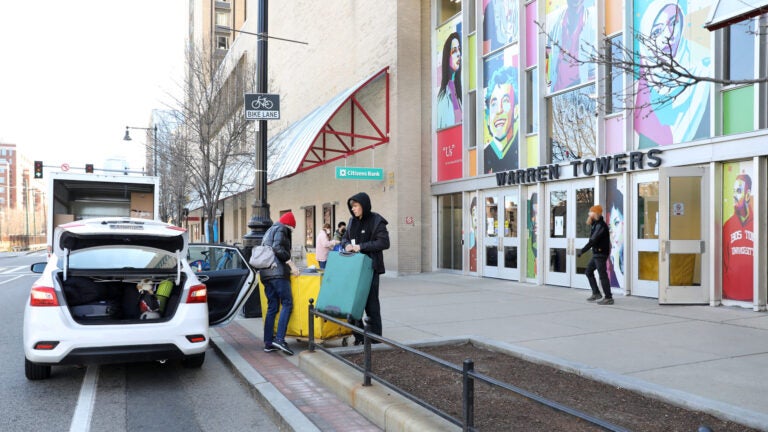