The President of the Massachusetts Medical Society has a message for state residents — stay home.

The words of caution from Dr. David Rosman come as the state’s daily reported COVID-19 cases jumped above 6,400 on Thursday, breaking the record of the highest single-day total reported in the state since the start of the pandemic for the second time in the last week.

According to the state, Thursday’s cases included 680 that were tested before Dec. 1 and delayed in reporting by a technical issue.

Still, Rosman wrote on Twitter Thursday that “all of [Massachusetts] should be talking about” the new case numbers.

“It’s 40% more than yesterday and nearly double of any other day,” he said.

The doctor pointed out that a month ago, new daily case numbers were around 900.

“This is SEVEN TIMES WORSE,” he wrote.

The doctor argued that the “truth” of exactly “how bad” the pandemic is in Massachusetts right now is evident in the data from the Massachusetts Water Resources Authority, which has been tracking traces of the coronavirus in wastewater on a weekly basis.

“It’s the worst it has ever been in Massachusetts. And growing exponentially … this is life and death,”  he wrote.

Want to know how much COVID there is? Is more than before or is it just testing? Well, the truth is in the sewers – in our waste. It’s the worst it has ever been in Massachusetts. And growing exponentially. #stayhome this is life and death. https://t.co/p0AQSkL6YY

The medical society president urged the public to stay home if possible, and to wear a mask outside and keep up social distancing practices to slow the spread of the virus.

Let me add this image… 18% of individuals tested are positive…. essentially 1 in 5. You read that right. #stayhome. If you HAVE to go out. #WearAMask and #keepyourdistance. This is real. This is real bad. pic.twitter.com/RBQEDQjy9S

Gov. Charlie Baker said this week there are no plans to impose new virus restrictions, despite being told by the White House Coronavirus Task Force to roll back the state’s reopening by a step in the wake of the rising infections.

“We’re gonna continue to follow the data,” the governor said during a Thursday press conference.

Since the start of the pandemic, more than 230,000 people in Massachusetts have contracted the virus and more than 10,600 people have died from the illness. 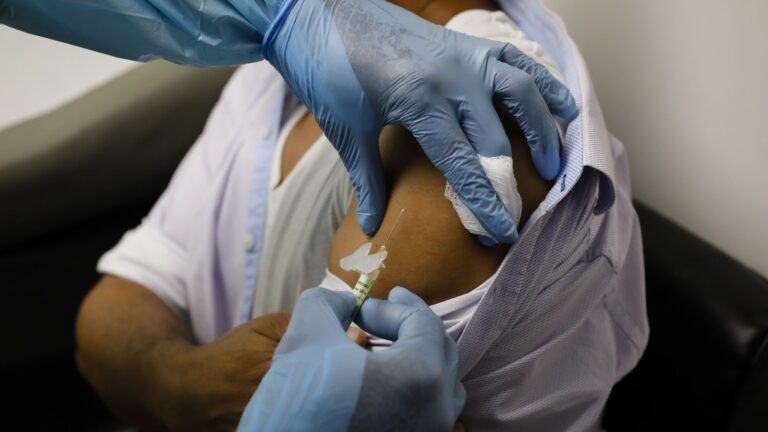 What to know about the timeline behind coronavirus vaccine distribution plans across Mass.