Giuliani was in Arizona on Monday where he met for hours with legislators without a mask, according to the Associated Press. Similar maskless meetings followed in Michigan on Wednesday and Georgia on Thursday.

The Brown University emergency room physician said on the network that she was “disturbed” after seeing videos of the 76-year-old not wearing a mask while shaking hands and interacting in close proximity with people on Thursday in Atlanta.

“We know that the two days before someone develops symptoms, before they test positive, are the times when they are most infectious,” Ranney told CNN. “So Giuliani has not just exposed himself and caught COVID, but he has potentially exposed hundreds and hundreds of Trump supporters to the virus during his most infectious phase.”

So far, the potential exposure from Giuliani has prompted the Arizona Legislature to shut down for a week, The Washington Post reports.

“They’re sending a bad message to the public, and any of us as parents know that kids follow your directions when you do things that you tell them to do,” Ranney said. “They follow your example as well as your words. And our politicians should be doing the right thing.

“That’s bad enough,” she added. “But what’s even worse is that [Giuliani’s] irresponsible actions have potentially put others at risk as well.”

“Giuliani has not just exposed himself and caught covid, but he has potentially exposed hundreds and hundreds of Trump supporters to the virus. …his irresponsible actions have potentially put others at risk as well.” Dr. @meganranney pic.twitter.com/SehMCmxTWM

Visit Romeo Langford was required to play Summer League, but 'I wanted to' 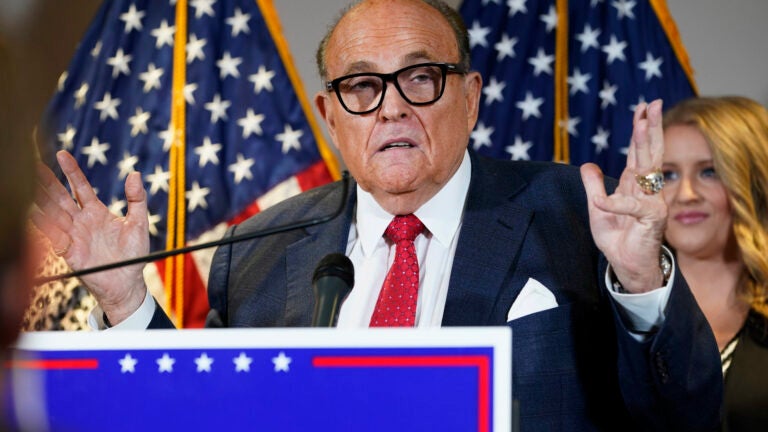