The first shots of the COVID-19 vaccine were delivered to health care workers across the country on Monday, a brief moment of hope and celebration on a day that also saw the United States pass the grim milestone of 300,000 Americans killed by the virus.

And while acknowledging the “light at the end of the tunnel,” public health experts are warning that difficult days are still ahead in the pandemic.

When Ashish Jha, dean of the Brown University School of Public Health, appeared on ‘The View’ on Monday to answer a slew of questions about the vaccine’s rollout, he issued a grim warning about the coming weeks.

Those strains are just going to get worse over the next six to eight weeks, he said.

“We know what to do,” the doctor said. “Wear a mask when you’re outside the home, don’t socialize with people who are not part of your bubble … If we can just hunker down, we’re going to save a lot of lives,” Jha said. “Anybody who gets infected today who dies, is somebody who could have gotten vaccinated two months from now. So let’s keep people around and keep people safe until the vaccine becomes widely available.”

The rollout of the vaccines mark the beginning of the end of the pandemic, the doctor said, but the country can’t let its guard down.

He said he hopes the average American might be able to start getting vaccinated in late April or May, but it won’t be until late summer, when a significant number of people have gotten the shots, that things will truly start to look better.

“Once these vaccines are out and the majority of Americans take it, life will get meaningfully better,” Jha said.

Michael Mina, an assistant professor of epidemiology at Harvard University, sounded an alarm about the current situation in the United States on Monday, blasting elected officials for not doing more to address and contain the surging infections.

“How can we possibly be OK saying Hurrah, we have a vaccine – that will benefit most months from now,” Mina wrote. “Look at US cases and deaths: 3,000/day! How can we be OK with this?  How are we NOT mobilizing every single resource in the US right NOW? What are our elected leaders doing?”

The COVID-19 crisis is being treated too often like an academic exercise, the Harvard epidemiologist said.

Everyone, he said, has “become numb” to the toll.

“We should be treating it with the urgency of a bomb killing 1000s of Americans every day,” Mina said. “We have the tools and ability. We, the US, choose not to protect ourselves.”

How can we possibly be OK saying Hurrah, we have a vaccine – that will benefit most months from now.

How can we be OK with this?

How are we NOT mobilizing every single resource in the US right NOW?

What are our elected leaders doing? pic.twitter.com/ydUVF6HgRK

Watch Jha’s full appearance on ‘The View’ below: 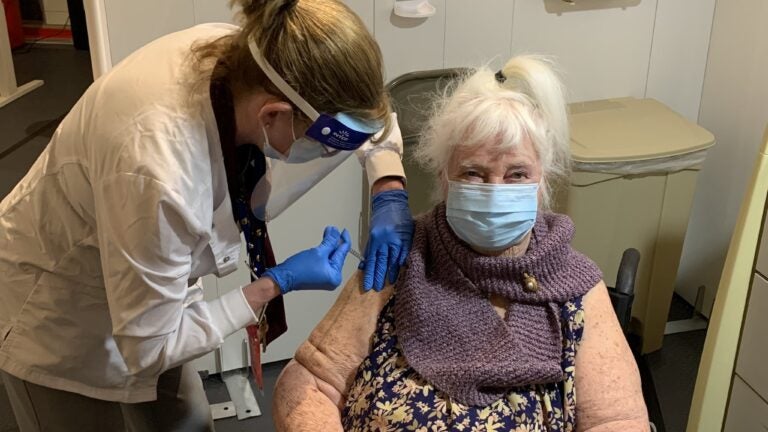