On Tuesday, the worldwide fitness company headquartered in Hampton, N.H., issued a press release saying that there is “zero evidence” of significant spread of the coronavirus at any of its 75 Massachusetts locations.

Due to the city’s reopening rollback, which impacts businesses like gyms, museums, and movie theaters, Planet Fitness will close its five Boston locations for a minimum of three weeks starting on Wednesday.

“Through more than 3 million check-ins since reopening in the state, Planet Fitness has had only .001125 percent of check-ins who later tested positive, with zero evidence these cases originated in the gyms,” Zirlen said. “That is 1.1 positive cases per every 100,000 check-ins.”

Planet Fitness franchisee Stan DeMartinis, who oversees 10 locations in the Boston area including the impacted locations in East Boston and Dorchester, said he was frustrated by the city’s decision.

“We’ve learned so much since March when we were first shut down,” DeMartinis told Boston.com. “In March, we understood the shutdown. But the fact is that we’re one of the only industries out there that can contact trace our members, because they check in all of the time. Our position is going to remain very firm: Fitness is essential, it’s safe, and we should be able to remain open in our communities because of the benefits we give to the consumer.”

Planet Fitness, which has more than 2,000 locations worldwide, developed a 98-page reopening protocol for its approach to “social fitnessing.” According to DeMartinis, the protocols include touch-less check-in, sanitation stations throughout its gyms, regular cleaning of surfaces with top-grade chemicals, fitness machines that are at least 6 to 8 feet apart, and an air purifier that cycles new air through the facility five to seven times an hour.

In his press conference on Monday, Walsh said that the rollback procedures weren’t “targeting specific sectors.” But DeMartinis doesn’t see it that way.

“In early March, we absolutely got lumped in with the bars, the restaurants, the nightclubs, the bowling alleys, and all that stuff,” DeMartinis said. “And so be it, we didn’t have the data. But now nine months into it, we have plenty of data, and there’s more research coming out every day. And it’s almost like, unfortunately, they don’t want to listen to it.”

DeMartinis said that while he has worked effectively with city leadership in Revere and other municipalities that he operates in, he hasn’t enjoyed the same relationship in Boston.

“I think the city of Boston is overwhelmed,” DeMartinis said. “I run two gyms in that city, and they’ve never contacted me once this whole time. They just want to shut me down. That’s where the frustration comes in.”

DeMartinis stressed that the safety of Planet Fitness members and employees remained the company’s top priority. But he said that he believes members who have continued to work out at Planet Fitness during the pandemic view going to the gym as a “constitutional right.”

“Where we are in the country today, not to get into politics, but half the people want to work out and half don’t,” DeMartinis said. “Our members that come in right now are members who have made their assessment of risk. They feel safe in their environment to work out. They feel they have a constitutional right to do that. And that is being taken away from them.” 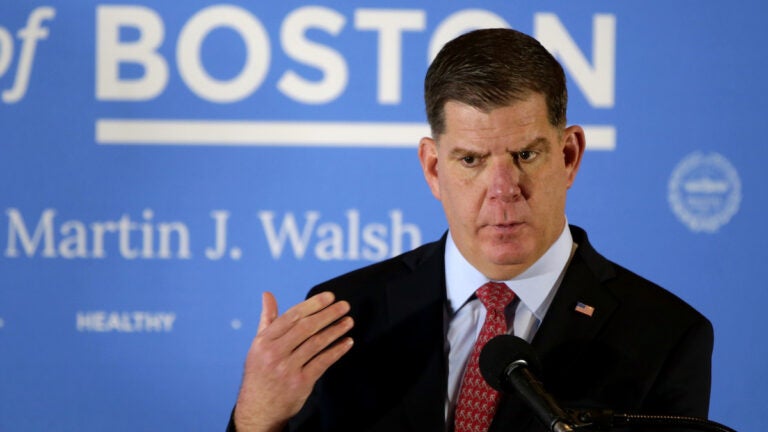 Boston and other communities are rolling back on their reopening plans. Here’s what to know.