The number of doses of the Pfizer coronavirus vaccine in the next shipments that will be sent to Massachusetts will be drastically reduced, by almost a third, according to the state.

A spokesperson for the state’s COVID-19 Command Center confirmed reports Friday in a statement that Massachusetts is among the states that were notified Wednesday by the federal government to expect smaller vaccine shipments next week.

“The Command Center has been notified by the federal government, in addition to many other states, that its next shipments of the first doses of Pfizer vaccines has been reduced from 60,000 to about 42,900 doses,” the statement reads. “The Command Center is in communication with the CDC to learn more about when additional shipments are arriving.”

A Trump administration official told the Washington Post the revised numbers were the result of adjustments based on the number of doses being produced by Pfizer and the requests of states to lock in shipping allocations further in advance.

But in a statement obtained by the Post, Pfizer contradicted the reason and intimated that the issue sits not with the production but with the distribution of the vaccine.

“Pfizer is not having any production issues with our COVID-19 vaccine, and no shipments containing the vaccine are on hold or delayed,” the statement reads. “This week, we successfully shipped all 2.9 million doses that we were asked to ship by the U.S. Government to the locations specified by them. We have millions more doses sitting in our warehouse but, as of now, we have not received any shipment instructions for additional doses.”

During a press conference Friday afternoon, Massachusetts Gov. Charlie Baker said the reason for the change to the shipment amounts was not yet clear.

“We’re certainly frustrated that we won’t be receiving the amount that we expected in the first wave, and we’re working to get clarity on what this means, why it happened, and how that bump will be dealt with along the way,” Baker said.

The governor said he expected the change in the doses would result in a “slight delay in the overall process.”

“It’s not clear yet if it will affect the timelines we’ve discussed in any meaningful way,” he said.

Marylou Sudders, the state’s secretary of health and human services, said during the press conference that officials now expect Massachusetts will get 45,000 doses of the Pfizer vaccine by the end of December, a reduction from 180,000 that represents about a 20 percent decline.

“The vaccine process, much like the pandemic itself, is fast moving and ever changing, and we’ll continue to pivot as necessary,” she said.

While the reason behind the change remains unclear, public health officials reacted with worry at the cuts and what they could mean for the vaccination timeline.

“With 3,000 Americans dying every day, getting vaccines out without delay will help,” he wrote.

States being told they are getting fewer vaccines

With 3000 Americans dying every day, getting vaccines out without delay will help https://t.co/yQlFbl3x39

“Infuriating,” Dr. Megan Ranney, an emergency room physician for Brown Emergency Medicine and director of the Brown Lifespan Center for Digital Health, wrote of the situation.

“States have been asking for vaccine and not receiving them and it’s not because of lack of manufacturing,” @meganranney says. It is yet another reflection of the logistical failures of the current administration…they should have also invested in the backend.” pic.twitter.com/xfoPa9hB7z

Baker said Friday that he expected to learn more about the change next week in a conversation with federal officials, but he stressed that so far the change is not “something we’re particularly worried about.”

“I view this to some extent as part of the lumpiness that comes from starting a program like this, and once the flywheel really starts to roll, I anticipate that we’ll probably end up receiving every bit as much as we were expecting to receive, even if the deadlines and transactions early on tend to be a little different,” he said.

The governor said he expected the change might result in some lags “on the margins” but that he doesn’t think individuals who received their first shot this week of the vaccine, which requires a second injection three weeks later, will see a delay.

If the state continued to see decreases in the number of doses in future shipments, that would be cause for concern, Sudders said.

The current change is frustrating and disappointing, but it is only the first week, she said.

“At this point, we’re seeing this as the beginning of what is going to be a several month period of vaccinating people in the commonwealth,” Sudders said.

Other New England states are also expected to see doses cut in their next shipments. Maine was told it will receive about 40 percent fewer doses than expected — 8,775 instead of 13,650 — which will delay the state’s ability to fully launch its plan to vaccinate all staff and residents of long term care facilities, according to the Post. 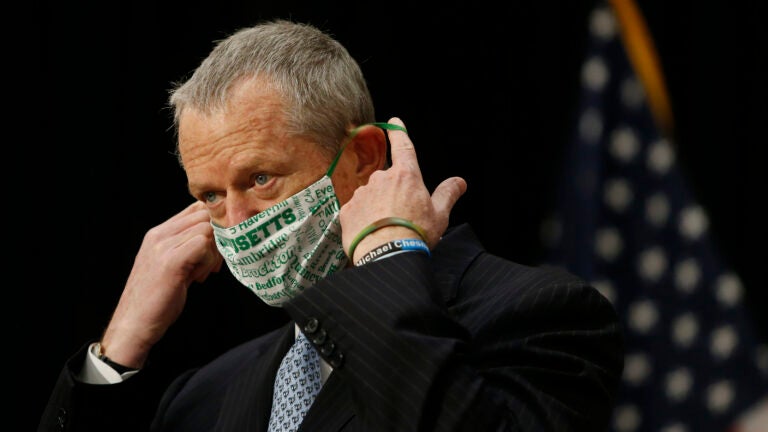