That figure, counted by an agency in Trump’s own administration, passed 350,000 Sunday as cases continue to climb. Dr. Ashish Jha, the dean of the Brown University School of Public Health, called the president’s baseless assertion “deeply disturbing.”

“First of all, it’s not fake news. it’s real news,” Jha told CNN International anchor Rosemary Church early Monday morning. “It’s probably an underestimate of the number of people who’ve died because of this pandemic in the United States.”

Since the start of the outbreak, public health experts have emphasized that the official count of coronavirus deaths might be dramatically lower than the real figure. A September study from the Boston University School of Public Health suggested that the count at the time could have been 36% lower than the actual death toll.

“His comments are so deeply disrespectful towards the families of those loved ones,” Jha said. “Their losses are not fake news. It is just shocking to me that this is where our president is right now in his last days in office, refusing not only to take responsibility but really trying to erase the losses that we have suffered in the last year.”

Jha also discussed the country’s slow vaccine rollout, the possibility of a post-holiday surge, and the future of the pandemic under Joe Biden’s presidency. Watch the full segment below:

Donald #Trump falsely calls the US #COVID19 death toll “fake news” & fails to take responsibility for his mishandling of the #coronavirus #pandemic – I get reaction from Dr. @ashishkjha & ask him why the US is so far behind on its own #COVIDVaccination goal of 20m by Jan 1. pic.twitter.com/l3gFd4GOIa 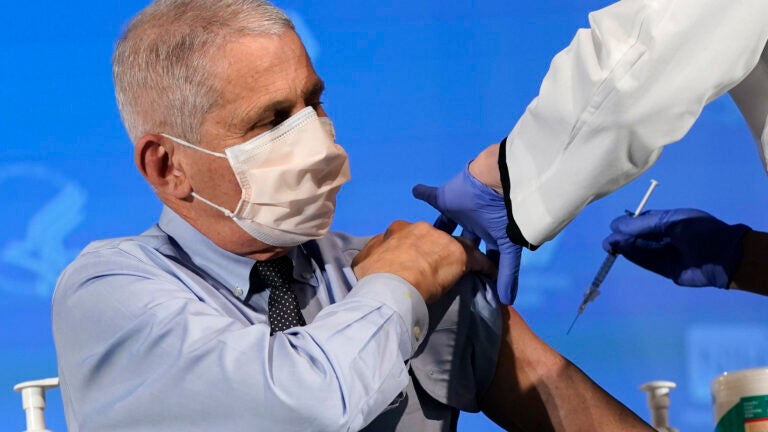 Fauci: Vaccinations are ramping up in a ‘glimmer of hope’