With no robust system to identify genetic variations of the coronavirus, experts warn that the United States is woefully ill-equipped to track a dangerous new mutant, leaving health officials blind as they try to combat the grave threat.

The variant, which is now surging in Britain and burdening its hospitals with new cases, is rare for now in the United States. But it has the potential to explode in the next few weeks, putting new pressures on U.S. hospitals, some of which are already near the breaking point.

The United States has no large-scale, nationwide system for checking coronavirus genomes for new mutations, including the ones carried by the new variant. About 1.4 million people test positive for the virus each week, but researchers are only doing genome sequencing — a method that can definitively spot the new variant — on fewer than 3,000 of those weekly samples. And that work is done by a patchwork of academic, state and commercial laboratories.

Scientists say that a national surveillance program would be able to determine just how widespread the new variant is and help contain emerging hot spots, extending the crucial window of time in which vulnerable people across the country could get vaccinated. That would cost several hundred million dollars or more. While that may seem like a steep price tag, it’s a tiny fraction of the $16 trillion in economic losses that the United States is estimated to have sustained because of COVID-19.

“We need some sort of leadership,” said Dr. Charles Chiu, a researcher at the University of California, San Francisco, whose team spotted some of the first California cases of the new variant. “This has to be a system that is implemented on a national level. Without that kind of dedicated support, it’s simply not going to get done.”

With such a system in place, health officials could warn the public in affected areas and institute new measures to contend with the variant — such as using better masks, contact tracing, closing schools or temporary lockdowns — and do so early, rather than waiting until a new surge flooded hospitals with the sick.

The incoming Biden administration may be open to the idea. “The president-elect supports a national testing program that can help stop the spread of COVID-19 and find variants,” said T.J. Ducklo, a spokesman for the transition. “That means more tests, increased lab capacity and genome sequencing. This is vital to control COVID-19 and to prepare the United States to detect and stop future disease threats.”

Experts point to Britain as a model for what the U.S. could do. British researchers sequence the genome — that is, the complete genetic material in a coronavirus — from up to 10% of new positive samples. Even if the U.S. sequenced just 1% of genomes from across the country, or about 2,000 new samples a day, that would shine a bright light on the new variant as well as other variants that may emerge.

But the U.S. falls far short of that goal now. Over the past month, American researchers have only sequenced a few hundred genomes a day, according to GISAID, an international database where researchers share new genomes from coronaviruses. And just a few states have been responsible for most of the effort. California is in the lead, with 8,896 genomes. In North Dakota, which has had more than 93,500 cases so far, researchers haven’t sequenced a single genome.

In March, Britain started what many American experts yearn for: a well-run national program to track mutations of the new coronavirus. The country invested 20 million pounds — roughly $27 million — to create a scientific consortium that enlisted hospitals across the country, giving them standard procedures for sending samples to dedicated labs that would sequence their viruses. Using cloud computing, experts analyzed the mutations and figured out where each lineage of the virus fit on an evolutionary tree.

“What the U.K. has done with sequencing is, to me, the moonshot of the pandemic,” said Emma Hodcroft, a molecular epidemiologist at the University of Bern in Switzerland who helped create Nextstrain, a Seattle-based project to track viruses. “They decided they were going to do sequencing, and they just stood up an absolutely incredible program from scratch.”

Britain’s intensive program to track the genetic evolution of the coronavirus is probably why last month it became the first country to identify the new variant, known as B117. Britain has sequenced 209,038 coronavirus genomes so far — nearly two-thirds of all the ones sequenced in the world. The U.S., a country five times larger, has only sequenced 58,560 genomes.

In the U.S., a constellation of labs, mostly at universities, have been analyzing coronavirus genomes since the spring. Many of them spend their own modest funds to do the work. “It all comes down to these grassroots movements to get it off the ground,” said Kristian Andersen, a virus expert at Scripps Research Institute in San Diego whose lab is at the forefront of these efforts.

Andersen and other scientists illuminated the path of the coronavirus as it spread across the globe and the United States. Some of the early cases in the United States originated in China, the birthplace of the novel coronavirus, but it was travelers from Europe who brought most cases to many U.S. cities.

But following those initial successes, screening continued only on a small scale. “It certainly did not lead to a revolution in genomic surveillance,” Andersen said.

In May, the Centers for Disease Control and Prevention brought together dozens of labs across the United States in a consortium. It’s known as the SARS-CoV-2 Sequencing for Public Health Emergency Response, Epidemiology and Surveillance consortium, or SPHERES.

Scientists who participate in SPHERES say it has been a good start. “It’s provided a really useful network for scientists and academics and researchers to help each other in the United States,” Hodcroft said. Labs that wanted to join in the effort of sequencing coronavirus genomes could get advice from other labs, rather than reinventing the scientific wheel.

But it is not a national program with a clear mandate and resources to ensure that mutations are carefully monitored across the U.S. “As a country, we need genomic surveillance,” Andersen said. “It needs a federal mandate.”

The CDC declined to make the scientists who run SPHERES available for an interview. “CDC is working with state public health, academic and commercial laboratories to increase domestic strain surveillance capacity to sequence thousands of specimens every week,” Brian Katzowitz, a spokesman for the agency, wrote in a statement.

On Wednesday, gene-sequencing companies Helix and Illumina announced a collaboration to track the emergence of B117 with support from the CDC. The companies are sequencing up to 1,000 genomes a week. But Karen Birmingham, a spokeswoman for Illumina, was quick to point out that the pilot program was a far cry from a national effort. “We welcome genomic surveillance in a much broader, coordinated fashion across the U.S.,” she said.

Britain’s robust system for genetic surveillance has allowed scientists to better understand just how dangerous the new variant is. A sobering study posted Monday by researchers in Britain’s sequencing consortium found that the country’s November lockdown did a good job of driving down the transmission of ordinary variants of the coronavirus, but it did not stop the spread of B117.

The speed at which B117 has become more common suggests that it has some biological features that make it better at spreading from one host to another. Lab experiments have shown that some of its mutations may enable the virus to latch on more successfully to cells in the airway.

On Monday, the British government announced that the country was going into an even stricter national lockdown than in November. “You must not leave, or be outside of your home except where necessary,” the government said in an advisory.

It’s too early to know how B117 will affect the U.S. pandemic — and crucially, whether it will overwhelm U.S. hospitals as it has those in Britain. Most people who get infected do not pass on the virus to others. A small fraction of people are responsible for much of its transmission in so-called superspreading events. They wind up in the right place at the right time to infect many people at once.

If the new variant follows the same trajectory as in Britain, however, it will start outcompeting the more common, less contagious variants in the weeks to come. “It might become the dominant virus in the next couple months,” said Nathan Grubaugh, a virus expert at Yale University.

One thing is certain, though. Public health workers won’t be able to stop the variant unless they can see it. Grubaugh and other scientists are creating custom tests for B117 that use polymerase chain reaction, a quick and cheap technology that can be used to test for any variant of the coronavirus.

But Grubaugh said that it would be far better if researchers didn’t have to scramble to create these tests long after a dangerous new variant arrived in the United States. “It’s overall just a Band-Aid on our lack of having genomic surveillance,” he said.

A nationwide surveillance program to track the evolution of the coronavirus would not only allow researchers to observe the spread of B117, but other, potentially even more dangerous new mutations that emerge in its lineage. New variants could be even more efficient at infecting human cells, or worse, could evade vaccines or antiviral drugs.

“Just because we don’t have it set up doesn’t mean we can’t do it,” Hodcroft said. “We just have to really decide this is something we want.”

She stressed that the only way to find these dangerous new bugs will be to watch for them constantly. “They pop up on the first day and kind of introduce themselves and say, ‘Hey, watch me!’ ” she said. “It takes us a while to figure that out. And it takes us longer if we’re not looking.” 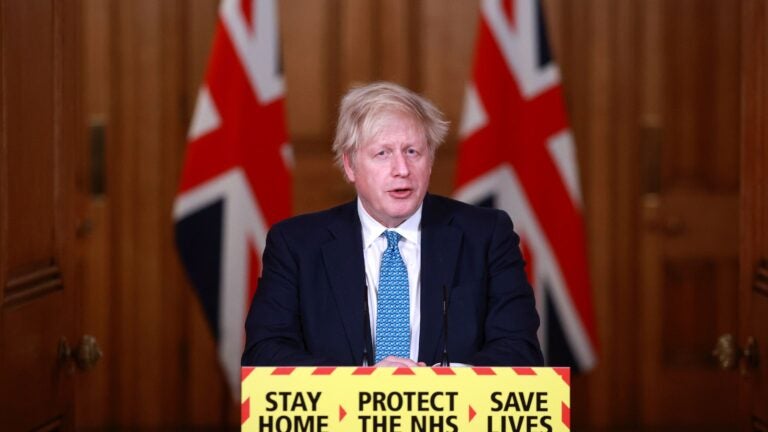