WASHINGTON – One of the defining moments of the early effort to control the spread of the coronavirus came during a White House briefing in late March. Then-President Donald Trump was enamored of the idea that the anti-malarial drug hydroxychloroquine might offer significant benefit in treating covid-19, the disease caused by the virus. Anthony Fauci, the government’s leading infectious-disease expert, previously had indicated his skepticism on that point.

A reporter asked Fauci directly whether Americans should place hope in the drug.

“There really isn’t that much of a difference in many respects with what we’re saying,” he replied diplomatically. “The president feels optimistic about something – his feeling about it. What I’m saying is that it might – it might be effective. I’m not saying that it isn’t. It might be effective.”

As a scientist, Fauci continued, he needed to see data demonstrating that it worked and was safe. But his difference with Trump was simply “a question of how one feels about it.”

It wasn’t hard to read between the lines, really. Some people feel that recommending medicines should only follow tests to ensure that those medicines won’t harm people and will actually work. Others, like the then-president of the United States, feel otherwise.

Over the months that followed, Fauci was a regular frustration to Trump, given that same prioritization of accuracy and research over gut feelings and platitudes. Eventually, Trump elevated Scott Atlas from doing Fox News interviews to serving on his coronavirus team, on which Atlas advocated a do-little approach more in line with Trump’s preferences. Fauci spoke to the media regularly but clearly was sidelined within the White House.

As of noon Wednesday, there is a new White House. And Fauci, speaking to reporters on Thursday afternoon, was clearly enjoying being unshackled.

At one point, for example, he was asked whether an offer from Amazon to aid the vaccine distribution effort would have been welcomed during the Trump administration. (Amazon CEO Jeff Bezos owns The Washington Post.)

Fauci said he didn’t know. Then he celebrated his ability to offer that response.

A bit later, Fauci explained that his recommendations and thinking would be guided by the science, as it had been since the pandemic emerged. But here again, he drew a contrast with the prior administration.

“One of the things that we’re going to do is to be completely transparent, open and honest,” he said of the government’s approach to the pandemic. “If things go wrong, not point fingers but to correct them and to make everything we do be based on science and evidence. I mean, that was literally a conversation I had 15 minutes ago with the president, and he has said that multiple times.”

This was a central part of President Joe Biden’s pitch on the campaign trail, in fact: an insistence that his decision-making would be driven by science, not emotion. For a while, Trump tried to co-opt the idea, claiming that he was the one following the science, but it didn’t really stick.

Given Fauci’s stated commitment to honesty, a reporter asked whether there was anything he’d like to “amend or clarify” from his tenure working for Trump.

“No,” Fauci replied. “I mean, I always said everything on the basis [of science]- that’s where I got in trouble sometimes.”

The doctor’s repeated references to there being a new sheriff in town did not go unnoticed.

“You’ve joked a couple of times today already about the difference that you feel in being kind of the spokesperson for this issue in this administration versus the previous one,” a reporter said. “Can you talk a little bit about how free, how much different do you feel? Less constrained?”

“You said I was joking about it. I was very serious about it,” Fauci replied, laughing. “I wasn’t joking.”

“I don’t want to be going back, you know, over history,” he continued. “But it is very clear that there were things that were said, be it regarding things like hydroxychloroquine and other things like that, that really was uncomfortable because they were not based on scientific fact.”

“I can tell you,” Fauci said, “I take no pleasure at all in being in a situation of contradicting the president, so it was really something that you didn’t feel that you can actually say something and there wouldn’t be any repercussions about it. The idea that you can get up here and talk about what you know, what the evidence – what the science is and know that’s it, let the science speak, it is somewhat of a liberating feeling.”

“You were basically vanished for a few months there for a while,” the reporter replied. “You feel like you’re back now?”

“I think so,” Fauci laughed.

He then turned the lectern back over to the press secretary. She assured the room that he would return for future briefings. 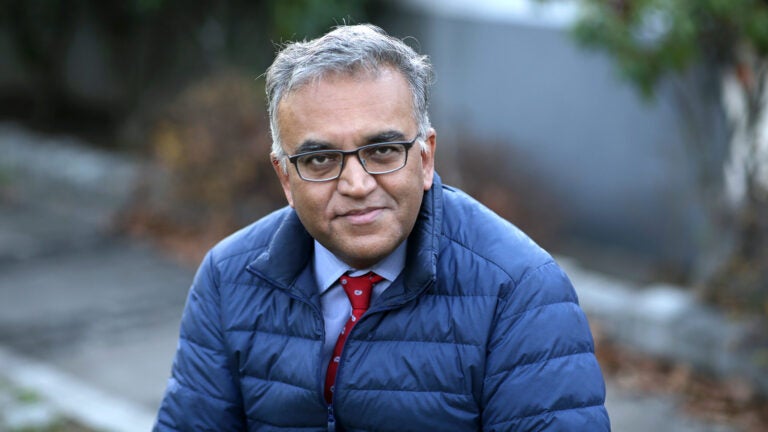