Dr. Rochelle Walensky, the new head of the Centers for Disease Control and Prevention and the former infectious disease chief at Mass. General Hospital, said Friday that it is likely the United States is experiencing community spread of the COVID-19 virus variant that was first discovered in South Africa.

The first two cases of the variant were diagnosed in South Carolina on Thursday.

“What’s happened over the last week or so is that we’ve really scaled up the surveillance and the sequencing in this country,” Walensky said on the “Today” show. “And I think we were always concerned that we had it here and we hadn’t yet detected it. And now we have evidence of these two cases in South Carolina that it is in fact here.”

South Carolina officials said the two individuals who contracted the variant lived in different parts of the state, do not appear to be connected, and neither had traveled recently. Those facts are what Walensky said was “concerning” about the cases.

“The presumption at this point is that there has been community spread of this strain,” she said.

Two cases of the U.K. variant have been detected in Massachusetts.

“Today” host Savannah Guthrie asked Walensky how concerned she was about the mutating viruses presenting diminishing returns for how effective the COVID-19 vaccines will be.

The former MGH chief said more data on how different vaccines are faring against the variants is needed.

“That has always been our concern,” Walensky said. “When viruses mutate and they develop strains and dominant strains, they usually do so for some advantage to the virus. That may come in the tune of our vaccines not working as well. That said, I also want to note that we never expected a vaccine as efficacious as the Moderna and Pfizer [vaccines] at 95 percent efficacy. And I would say even a vaccine that has 50, 60 percent efficacy would still be a real tool in our toolbox to fight this pandemic.

“Furthermore, I know that these mRNA vaccines have the capacity to use and to engineer the mRNA, so it would be more potent against these strains,” she added. “And that work is already actually ongoing, so it may just lend us to feel like we need a booster effect further down the road. So all of that science is ongoing in anticipation.”

In addition to discussing the virus variants, Walensky weighed in on school reopenings, saying that teachers “should be early in queue” for vaccinations and getting shots in the coming weeks.

She also spoke about masks, saying the CDC recommends people use a multilayer cloth mask, procedure mask, or medical mask.

Her comments came as other health experts have pressed for a national plan to get everyone access to high-filtration masks, like N95s, to help stop the spread of COVID-19.

“Fifty-nine percent of Americans are wearing a mask right now … certainly N95s offer the best filtration, but in fact, they’re very hard to tolerate for long periods of time,” the CDC director said. “And I think the difference between a two-layer cloth mask and an N95 mask is relatively small compared to the difference of getting 41 percent of the American population masked.”

“There has been community spread of this strain.” 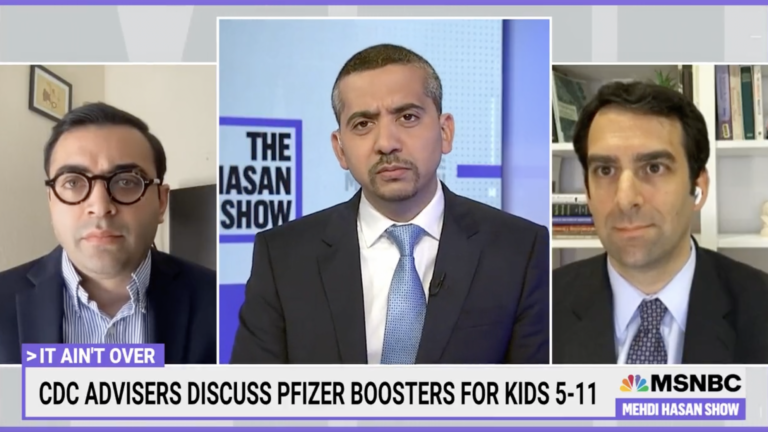