Despite the rain and snow, Fenway Park played host to a different kind of opening day this week — as a COVID-19 vaccination site.

With plans to ramp up to 1,250 patients a day, the iconic ballpark is set to become the second-largest mass vaccination site in Massachusetts, only behind fellow sports venue Gillette Stadium. It’s the latest pandemic-era chapter for Fenway, which also served as a benefit concert stage and early voting center last year.

However, Fenway won’t be just a vaccination site for long.

MLB announced plans Monday to move forward with an on-time start date for the 2021 season, meaning that baseball is set to return to the currently snow-covered Fenway field on April 1 — exactly two months after the ballpark first opened to residents eligible under Phase 2 of the state’s vaccine rollout, which has already seen its share of wrinkles.

The Fenway Park vaccination site is currently expected to stay open through the beginning of baseball season, as Gov. Charlie Baker’s administration works with local city officials to identify and set up a “longer-term” vaccine site in Boston.

“It’s our hope to stay open as long as we possibly can,” said Rachel Wilson, the chief operating officer for CIC Health, which manages the Fenway vaccination site.

Fans won’t be allowed back at stadiums in Massachusetts until Phase 4 of the Baker administration’s reopening plan, when vaccine distribution allows for the resumption of a so-called “new normal.”

It’s unclear when that will be. The statewide reopening reverted to the first stage of Phase 3 in December and the state’s vaccine rollout isn’t expected to expand to the general public until April. Officials don’t expect to vaccinate the necessary percentage of the country until the second half of this year, at the earliest.

Wilson says CIC Health and the Red Sox have already begun eyeing the expansion of the vaccination site to other parts of the Fenway Park concourse when the weather warms up, though they aren’t considering vaccinations outdoors or during games. The current site is currently located in the concourse below the third-baseline stands.

With the Red Sox home opener scheduled for April 1 against the Baltimore Orioles, Wilson says staff members have been working with the team to identify game days and potential rain dates to avoid scheduling conflicts for first or second doses of the vaccine.

“We won’t be operational for the full day during those days,” Wilson said.

However, they are speaking with the Red Sox about shifting hours early on game days or staying open later on other days to make up the lost time, she said.

“Our goal is actually to keep this going as long as we possibly can, even if there are some disruptions to the schedule,” Wilson said.

While state officials say most residents should get their second dose of the vaccine at the same location where they got their first shot, Wilson said CIC Health is partnering with other local vaccination sites — including Boston’s other mass vaccination site at the Reggie Lewis Center — to potentially schedule second dose appointments in the case of a game-day conflict (the recommended interval between doses of the Pfizer vaccine available at the Fenway site is 21 days).

“We’ll make it work,” Sarah McKenna, the Red Sox senior vice president of fan services and entertainment, told reporters during a tour of the site Friday. “We just have to, right?” 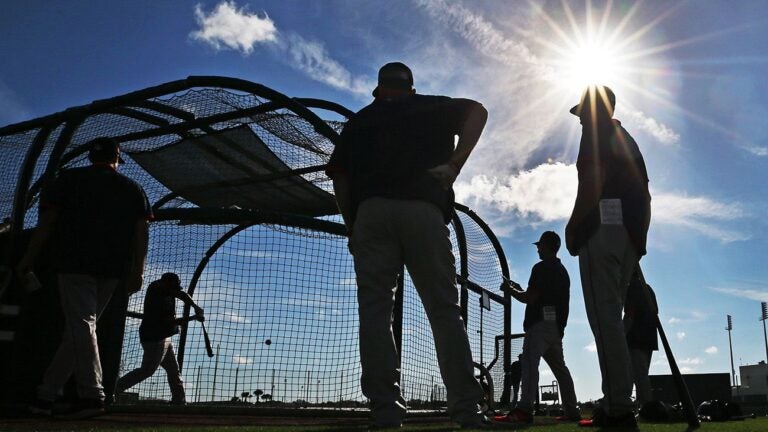