A  Brigham and Women’s doctor is expressing concern after Gov. Charlie Baker announced Massachusetts will move into the final phase of reopening next month, with some COVID-19 capacity restrictions easing starting Monday.

The state is currently in the first step of Phase 3 of the Baker administration’s reopening plan, which requires indoor performance venues and recreational attractions, such as roller rinks and escape rooms, to be closed. But Baker announced Thursday that the administration will allow cities and towns to move into the second step of Phase 3 on Monday, which will allow those venues to reopen. The second step will also ease capacity limits across several sectors from 40 percent to 50 percent, including stores, gyms, and offices.

Percentage-based capacity limits on restaurants will also lift starting Monday, though other restrictions will remain in place, including rules for face-coverings and social distancing, as well as limits capping tables at six people and 90-minute stays.

Depending on coronavirus trends, Massachusetts will move into Phase 4, which officials have labeled the “new normal,” on March 22. Under that phase, large venues that can host over 5,000 people — including Fenway Park, Gillette Stadium, and TD Garden — will be allowed to reopen with a 12 percent capacity limit.

Dr. Abraar Karan, a physician at Brigham and Women’s Hospital, expressed worries on Twitter Thursday that Massachusetts and other states “seem to be opening quickly” despite the long road ahead on getting residents doses of the COVID-19 vaccines.

“Not to be a downer but this doesn’t seem like a good combination,” he wrote.

The doctor said he’s hopeful that the United States won’t see a fourth surge of COVID-19, but that he suspects that combining the reopenings with variants of the virus circulating more widely “isn’t ideal.”

2/ As some have pointed out, this could be related to an uptick in testing etc- and I wouldn’t call this a trend – it’s just an observation from a concerned citizen. I hope we don’t have a fourth surge, but my suspicion is that the combination of reopening + variants isn’t ideal.

Checking the Massachusetts reopening plans against its progress in vaccinating residents, Karan stressed that only 6.2 percent of the people in the Bay State have received two vaccine doses, while 16 percent have received one dose.

“So … we aren’t even close to where we need to be for vaccinations,” Karan wrote. “We got lucky to see a rapid decline in cases, but now we are rapid reopening.”

The doctor said what he’d like to see is officials working to scale up vaccinations while “temporizing” continued spread of the virus.

So…we aren’t even close to where we need to be for vaccinations, we got lucky to see a rapid decline in cases, but now we are rapid reopeninghttps://t.co/cbquuCtTFU pic.twitter.com/PckGoy4asr

4/ I don’t think it should mean: reopen as fast as possible, incl having higher risk venues w/ masks off + indoors now being at no capacity limit (AND musical performances)

I’m saying this as someone who is fully vaccinated, but concerned for those who are not yet. #covid19

Other Boston doctors have also weighed in on the state’s reopening moves.

Dr. Mark Siedner, an infectious disease clinician at Massachusetts General Hospital and an associate professor of medicine at Harvard Medical School, told GBH News that with case and “infectivity” rates down, officials do need to allow some normalcy to resume.

“I think we’ve actually earned ourselves a bit of freedom — the chance to go back to restaurants and events again,” Siedner told the outlet. “I really think we should savor that. … Most of our indicators are the best they’ve been since late last year. And we have an opportunity now to actually take advantage of the fact that the epidemic is under better control than it’s been for the last three months.”

But Dr. Thomas Tsai, an assistant professor of surgery at Brigham Women’s Hospital and of Health Policy Management at the Harvard School of Public Health, told GBH he thinks the Baker administration is moving too quickly with reopening.

The public, he said, should still remain vigilant even as guidelines change with the reopening.

“Improvements have been made over the last several weeks but there’s still a lot of progress that needs to be done in terms of increasing vaccination rates across racial and ethnic minorities and making sure that we’re making access to the vaccines equitable,” Tsai told GBH.  “In fact, I would argue that that should also be an important metric for how we think about opening — not just the overall average number of cases that are declining, the overall number of hospitalizations — but really think about that across racial and ethnic groups to ensure that we are reopening in a truly equitable way.”

Baker announced this week that his administration will allocate $4.7 million to promote COVID-19 vaccine equity in 20 of the state’s communities most disproportionately impacted by the pandemic. The move comes as the administration has faced increased pressure from elected officials, advocates, and public health experts to prioritize equity in the state’s vaccine rollout.

Answer the Boston.com survey on the reopening below: 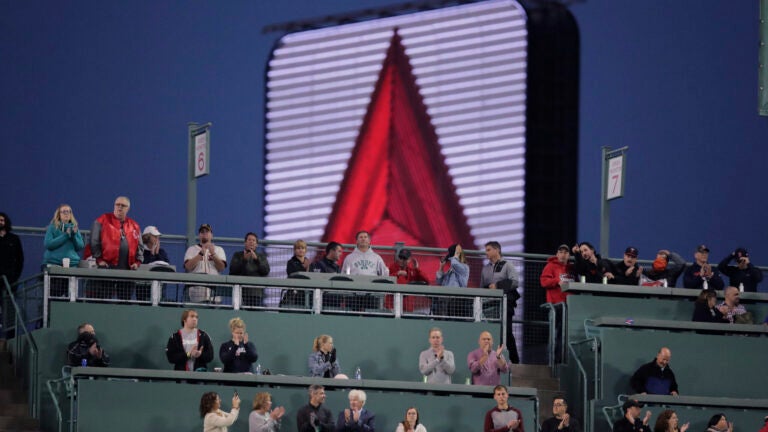