The Trader Joe’s employee appealed directly to the CEO.

In a letter citing a medical journal and experts who study respiratory transmission of the coronavirus, Ben Bonnema called on the grocery chain’s head, Dan Bane, to adopt more-stringent safety protocols. Among his requests: improving filtration, requiring masks without exception and adopting a “three-strikes” policy for removing uncooperative customers from stores.

“We put our lives on the line everyday by showing up to work,” wrote Bonnema, who is a “crew member” at a New York location. “Please, show up for us by adopting these policies.”

The company responded soon after, he says. It fired him.

trader joe’s just fired me for sending this letter to the ceo, saying i don’t share the company values. i guess advocating for a safer workplace isn’t a company value? pic.twitter.com/3TKi5B8HSJ

Bonnema’s story went viral over the weekend after he posted about it on Twitter, prompting outrage and threats to boycott the chain.

Some of the experts to whom his letter referred, who this month wrote to the Biden administration urging that steps be taken to combat airborne transmission in workplaces, said it reinforced the need for action.

“We wrote this letter to protect people like Ben,” tweeted Kimberly Prather, a professor at the University of California at San Diego and one of 13 experts who wrote to the White House. “His letter is an excellent science-based request. We have been shopping there for 20 yrs. We will stop until Trader Joe’s takes this seriously.”

I am one of the scientists that sent the letter to the Biden administration asking them to better protect workers against aerosol transmission.

This employee was fired for correctly asking for those protections.

Shame on Trader Joe’s. And on @CDCgov‘s inaction that allows this. https://t.co/oeRJZdvo6I

If true, this is why it’s so important for CDC to update its guidance and recommendations on transmission of COVID-19. We need strong risk mitigation in all indoor spaces where people work, shop, meet, and play. https://t.co/Ur80WIfbBS

A spokeswoman for the grocery chain, Kenya Friend-Daniel, said in an email to The Washington Post that “misinformation” was circulating about the circumstances of Bonnema’s termination. She said he was fired “because of the disrespect he showed toward our customers.” She added, “Nothing is more important at Trader Joe’s than the safety of our Crew Members and customers.”

But Bonnema, who declined an interview request, said in his letter to Bane that additional measures were needed. He wrote that it was not enough to exceed standards set by the Centers for Disease Control and Prevention, saying the agency had “downplayed the dangers of aerosols since the pandemic’s origins.” The CDC for months went back and forth on the role the tiny droplets play in transmitting the virus, even as evidence grew that they were a factor.

Trader Joe’s should follow the advice of scientists like those who sent the letter to the Biden administration, Bonnema wrote. He called for the CEO to enhance HVAC systems in stores and set occupancy limits based on carbon dioxide levels. He suggested that no one be allowed inside without a mask, and that the chain meets the Americans With Disabilities Act’s accommodation requirement by offering to shop for those who cannot or will not wear masks.

In calling for a “three-strikes” rule, Bonnema wrote that he was “shouted and sworn at by a customer who would not wear his mask above his nose, despite Mates already asking him to do so.” The customer was allowed to continue shopping.

Bonnema wrote that he was contacting Bane directly because “these changes can only come with your approval.”

The result was a termination letter. The Feb. 26 document, which Bonnema shared on Twitter, said his recommendations went against company values.

“In a recent email, you suggest adopting a ‘3 strike’ policy against customers and a policy enforcing the same accommodation for every customer with a medical condition that precludes them from wearing a mask,” the letter said. “These suggestions are not in line with our core Values. In addition, you state that Trader Joe’s is not ‘showing up for us’ without adopting your policies. It is clear that you do not understand our Values. As a result, we are no longer comfortable having you work for Trader Joe’s.”

Bonnema posted what he says is his August 2020 employee review, in which Trader Joe’s gave him high marks across the board. He was rated as meeting expectations in every category and praised for humor, kindness and embracing “the Kaizen spirit” – a reference to the Japanese philosophy of continuous improvement used by the company.

He was commended for the “dedication and care” he showed to customers, with the reviewer writing, “You continue to have thoughtful interactions with them at the register and on the sales floor.”

Friend-Daniel, the Trader Joe’s spokeswoman, did not respond to an inquiry about his performance review.

“Mr. Bonnema has a federally protected right to advocate for the workplace safety of his colleagues,” he said. “Terminating him for doing so is reprehensible, and we look forward to obtaining an order from the National Labor Relations Board directing his immediate reinstatement.”

A friend of Bonnema’s, Shakina Nayfack, said he was shocked at being fired. She said he had been an essential worker since the start of the pandemic, bagging groceries and stocking shelves while most of New York was shut down.

His treatment, she said, “seems like part of the conversation around how we value people who are doing this sort of front-line work.” She noted that when the coronavirus was newer, New Yorkers spent months banging on pots and pans every night to support essential workers.

“You can’t say that you support people doing this work on one hand and deprive them of a voice on the other,” she said. 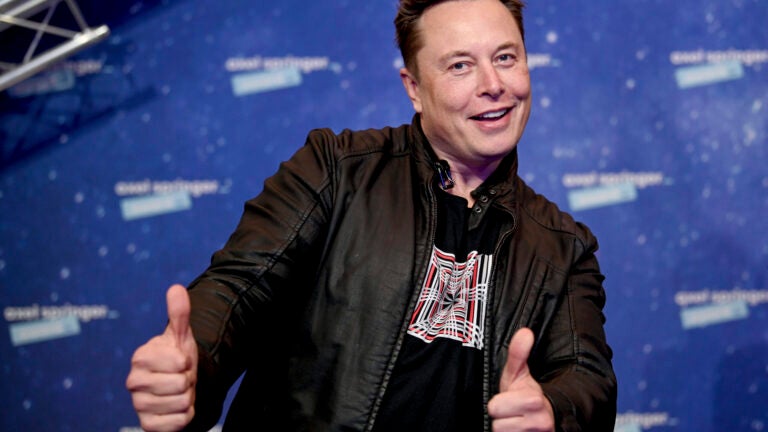 Elon Musk is being brought in to save SNL’s sagging ratings. He could sink the show in other ways.