Gov. Charlie Baker announced Thursday that the mass COVID-19 vaccination site at Fenway Park will be moved to the Hynes Convention Center later this month, ahead of plans to allow fans back at the ballpark for Red Sox opening day April 1.

According to Baker, the Hynes Convention Center site — located a half-mile away in Boston’s Back Bay — will begin accepting patients on Thursday, March 18, while Fenway’s last day as a vaccination site will be Saturday, March 27.

“All individuals that are vaccinated at Fenway Park and have a second appointment scheduled will be able to receive their second dose at the Hynes, and CIC Health [which operates the vaccination site] will send them all the details via email,” he said.

Baker’s administration had said back in January that the Fenway Park site was “expected to stay open through the beginning of baseball season in early April.” However, after the governor announced last week that the state would allow large venues and stadiums to reopen on March 22 with a 12 percent capacity limit — meaning up to around 4,500 fans at Fenway Park — questions began to rise about how the ballpark would play host to both vaccinations and baseball.

CIC Health officials had previously said they would try to schedule vaccination appointments around game times. But as Baker noted Thursday, one the biggest issues is that Fenway Park doesn’t just host Red Sox games.

“They also practice there,” he said. “And so there’s going to be folks in the place, moving around, using the facility for one reason or another that goes way beyond just the act of actually playing a game.”

Baker said they always wanted to avoid potential confusion for people arriving at Fenway Park to be vaccinated, especially as shops and restaurants outside the ballpark reopen.

“To have ballplayers in the park at the same time you have people in the park who are there for a different purpose, we just felt was a little more complicated than we felt was appropriate for this, and the Hynes is available,” he said.

In addition to being a more “permanent solution,” Baker noted that the Hynes has room to administer up to 5,000 shots a day, if the statewide supply of doses increases. When it opens this month, the site will begin serving around 1,500 people a day, which is around the same volume of vaccinations currently being done at Fenway.

CIC Health, which also operates mass vaccination sites at Gillette Stadium in Foxborough and the Reggie Lewis Center in Roxbury, reiterated Thursday that all appointments booked at Fenway Park through March 27 will be honored. The company will contact individuals with second-shot appointments already scheduled after March 27 at the ballpark to arrange for them to receive their second dose at Hynes.

“The vaccination landscape in Massachusetts continues to evolve quickly, and it is our goal to keep everyone informed as we receive updates from the Commonwealth,” CIC Health said.

Officials said Thursday that roughly 25,000 vaccinations had been administered at the Fenway Park site, a number that is expected to reach 55,000 by the end of operations.

“They did a beautiful job of visioning how you could actually turn it into a vaccination site,” Baker said Thursday. 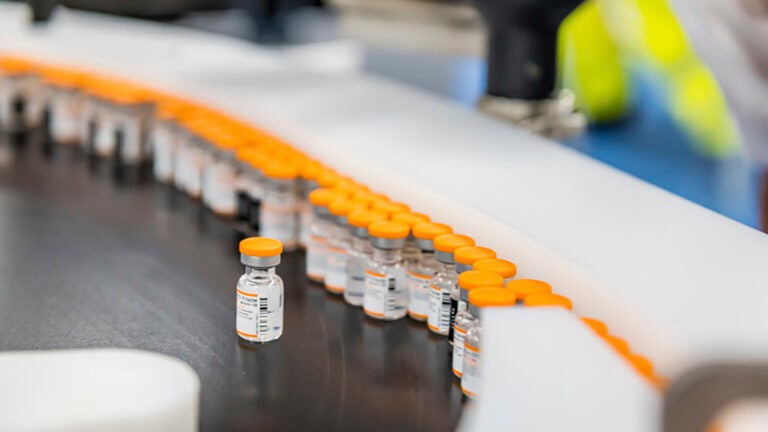