Though no COVID-19 vaccine is yet authorized for children under the age of 16, Dr. Anthony Fauci said he expects that high schoolers will be vaccinated by the start of the next school year.

“By the time we get to the fall term, we’ll feel very, very comfortable about it,” President Joe Biden’s chief medical advisor said at a virtual event with Tufts University Monday afternoon. (Fauci has a personal connection to the local college: He regularly visited his close friend and mentor Dr. Sheldon Wolff, who chaired the department of medicine at Tufts Medical School until his death in 1994.)

Younger kids, however, will likely not be able to get safely immunized until the first quarter of 2022, Fauci said. Although children will have to wait to get vaccines, they’ll be able to safely attend school much sooner, he noted.

“Hopefully the level of infection will be down such that all children will be back in school within a reasonable period of time, hopefully by the time we get to the fall term and maybe even in the spring term coming up now,” he said.

The comments reinforce his revised perspective on the timeline for youth immunization. Fauci told ProPublica in early February that elementary-aged children might be able to get vaccines by September, but he tempered that more optimistic forecast at a White House press briefing a few weeks later.

But children are particularly low risk when it comes to their own health when contracting COVID-19. While they can get infected, most experience no symptoms or only mild symptoms and are orders of magnitude less likely to be hospitalized or die from the virus. Still, children can get very sick from the coronavirus: Over 2,000 kids under 18 have been hospitalized and over 200 have died from it in the United States.

Some older high schoolers are already authorized to get a vaccine. The Moderna and Johnson & Johnson vaccines are only authorized for people 18 and up, but Pfizer’s is permitted for people 16 and up. Vaccine trials for children and adolescents have accelerated in recent weeks, including ongoing trials from Pfizer and Moderna for minors 12 and over.

Fauci also reflected on how the pandemic evolved since the national shutdowns began in earnest a year ago this week.

He said that the U.S. experienced a “double whammy” because it bore the outbreak in the middle of an incredibly divisive period in the twilight of Donald Trump’s term as president.

“Unfortunately for us, I feel badly for particularly the younger people, because they may think that this is always the way it is,” Fauci said. “It isn’t. There were times when there [were] political differences, but not such great divisiveness that the different groups hated each other.

“That makes it very difficult to do something together — The common enemy is the virus, and when you have the common enemy, the only way you can attack that common enemy is when everybody pulls together. You don’t want to get too melodramatic about it, but the metaphor is that it’s a war. It’s like our being at war, and the army doesn’t particularly like the navy, and they’re doing things different because of particular ideologies that they have, instead of saying, ‘By the way, we have to defend the country together, let’s do it together.'” 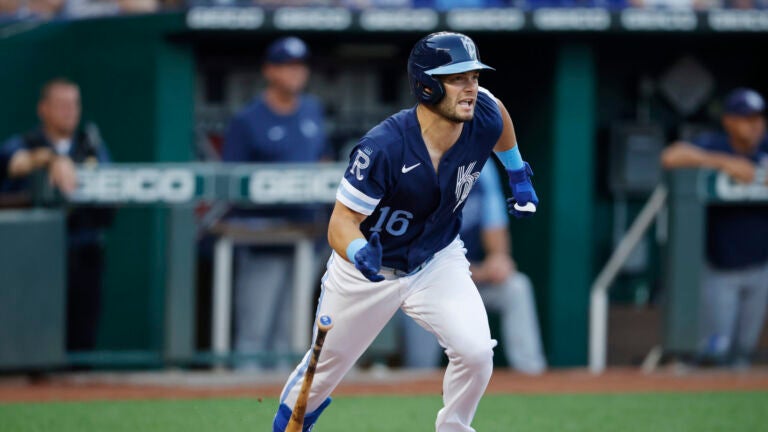